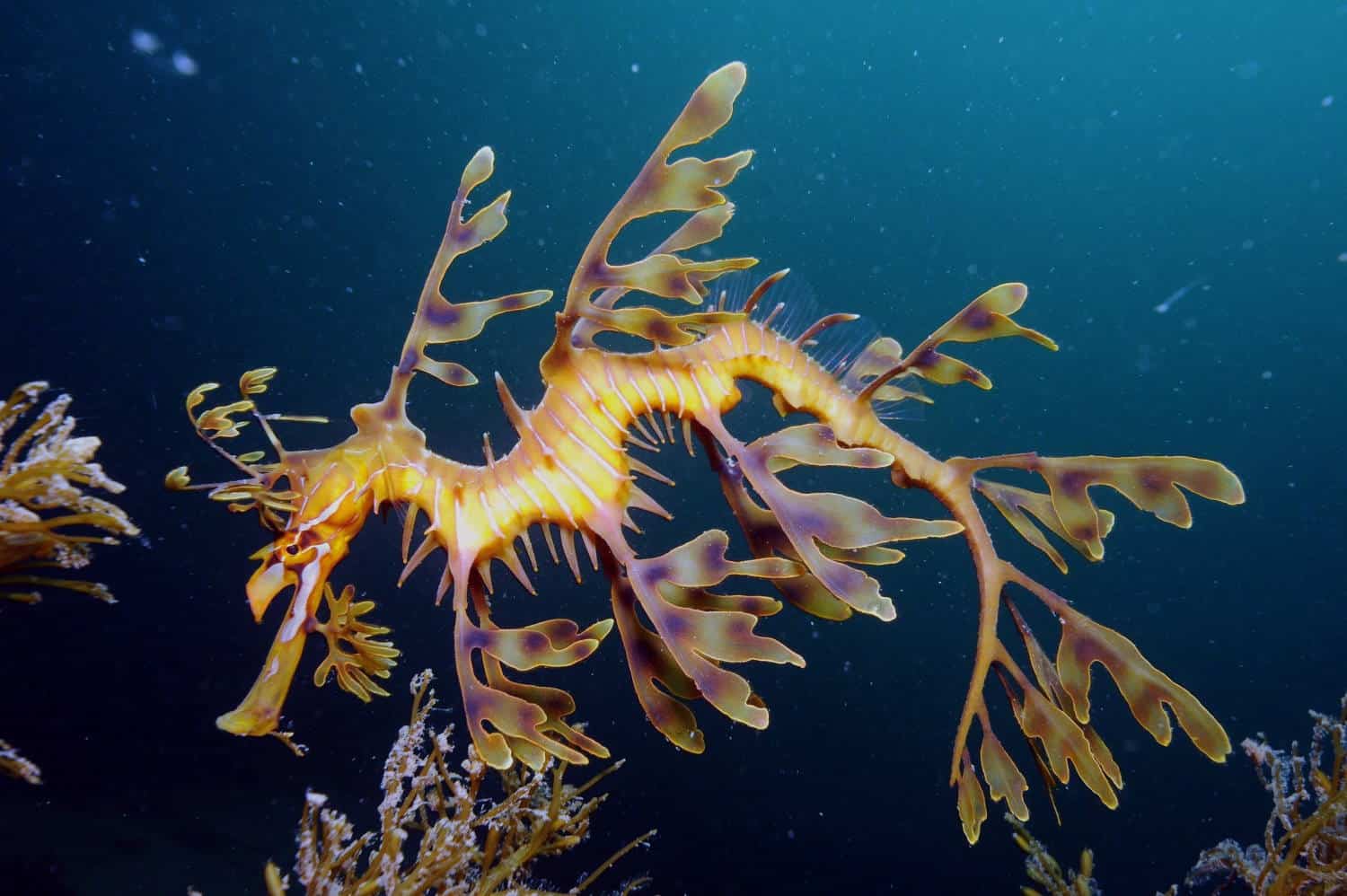 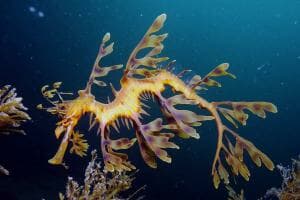 The leafy sea dragon is an incredible endangered species that resembles seaweed and sea leaves.

The leafy sea dragon is part of the family syngnathidae, which includes other species such as the pipefish and seahorses. Its scientific name is Phycodurus eques. One of the more interesting creatures in the ocean, the leafy sea dragon resembles the many leaves on the coral reefs and sea floor, alongside its dragon-like appearance. The leafy sea dragon has been known to live in the wild for up to nine years.

The leafy sea dragon has developed an impressive camouflage strategy, resembling seaweed to escape predators’ attention. At about 20–24 cm (8–9.5 in) in length, it is larger than its relative, the Seahorse. The way its skin grows creates an effect that is similar to a leaf floating through the water. The sea dragon also has the ability to change its color, helping it adapt to its surroundings and protecting it from predators. The sea dragon utilizes a system of fins along the side of its head to help with direction. However, its rigid outer skin limits its mobility.

The leafy sea dragon feeds mainly on plankton and small crustaceans, like the mysid shrimp. They use their long noses to hunt for these small prey. Other species they eat include larval fish and amphipods.

The leafy sea dragon mostly inhabits the regions of South Australia and Western Australia. They live in the coastal waters of Australia and are sometimes seen in Tasmania. Rocky reefs tend to be their most optimal habitat. Scientists used to believe that sea dragons remained in a very limited area of habitat. However, it has come out since that they have the ability to explore other sections of habitat up to several hundred meters away.

The reproductive roles see the male leafy sea dragons take charge of looking after the eggs. The female leafy sea dragon produces the bright-pink eggs, which are in numbers close to 250. After the males receive the eggs, the eggs find a brood patch or sand patches, and this area gives them the oxygen they need to grow. As mostly solitary creatures, the male sea dragons court the female sea dragons and pair up with them purely to breed. For the rest of their lives, they live alone. From the ages of two years and onwards they are prime to reproduce.

The conservation status of the leafy sea dragon is endangered due to many threats to its existence. One of the greatest man-made threats is the roaring collector industry. Although illegal, many leafy sea dragons are used for alternative medicine purposes. They are also prone to predation at an early age, due to their inability to swim quickly and cover distances. This vulnerability also leads to many sea dragons being washed up onto shorelines from deeper water during storms and extreme weather.

Other artificial threats include pollution, sea plastic, and industrial run-off from coastal human activities. This all contributes toward a more difficult habitat for sea dragons.

As a mostly prey animal that feeds on smaller ocean animals, the leafy sea dragon does not pose any real threat to humans. As a slow-moving animal, sometimes being seen to remain in the same position for up to 68 hours, even if they were a threat to humans, they would be fairly easy to avoid.

Facts about the Leafy Sea Dragon

It is believed that leafy sea dragons can live for up to nine years. However, due to many threats, it may be hard for individuals to live that long.

Can sea dragons be kept as pets?

Sea dragons can be kept in artificial aquatic habitats, such as aquariums. However, due to concerns about their numbers, it is extremely hard to get permission to keep sea dragons as pets.

What countries do sea dragons live in?

Wild sea dragons live mainly in Australia. However, there are sea dragons in captivity in many countries around the world. These include Canada, the United States, and in South East Asian countries like Singapore.

How big can a sea dragon get?

Where can I find a sea dragon?

Sea dragons are found mostly in coastal waters around Australia.

As sea dragons are captured for use in illegal alternative medicines, technically they are consumed. However, people do not eat them as a type of food. 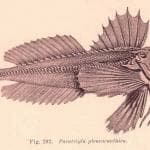 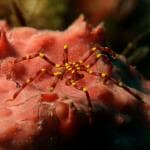