What are the main differences between alligators and crocodiles? Discover the differences through this comparison of these prehistoric creatures.

Alligators first appeared in the Oligocene epoch around 37 million years ago. The name comes from “el largarto,” meaning “the lizard” in Spanish, a name that was given to the creature after it was first seen in Florida by Spanish explorers.

The word “crocodile” comes from the Ancient Greek κροκόδιλος or crocodilos, meaning “lizard.” A total of sixteen extant species of crocodile have been recognized around the world, stretching from Australia to Africa and the Americas.

The Main differences Between Alligators and Crocodiles

Here are the top five main differences between alligators and crocodiles:

We’ll explore these differences and interesting facts about each species more below.

One of the primary differences between alligators and crocodiles is the shape of their snouts.

The alligator’s is broader and is shaped more like a “U” while the crocodile’s is longer and narrower. Their snouts are more V-shaped. Scientists believe this difference is due to their diet, specifically in regard to turtle shells verses fish/reptiles/mammals. See more below in the section about alligator and crocodile diets.

Alligators and crocodiles are also different colors. The latter is usually olive or tan while the former is gray and/or black. The average alligator weighs at around 790 to 990 pounds (360 kg to 450 kg) with a length of between thirteen feet and fourteen feet (4 meters to 4.4 meters). The largest alligator ever recorded stretched to a massive 19.2 feet or 5.84 meters. Alligators also have white undersides while the juveniles have bright yellow or white stripes that create a far more obvious contrast.

Crocodiles have a very streamlined body that allows them to live an aquatic and predatory lifestyle. They’re swift swimmers with webbed feet and special traits that allow them to move through water without taking it in. They have smooth skin on their bellies and sides and thick armored skin. Despite their thickness, they’re able to absorb heat through capillaries. They vary from species to species with the smallest ranging from 4.9 to 6.2 ft or 1.5 to 1.9 m. While larger saltwater crocodiles can grow to 23 feet or 7 meters and weigh in at 2,200 pounds or 1,000 kilograms. Several species can grow to around 17 feet or 5.2 meters in length. The largest crocodile ever recorded was 20 feet, or 6 meters, in length and weighed 2,456 pounds or 1,114 kilograms.

Also of note are crocodile’s teeth. They are able to replace their 80 teeth up to 50 times throughout their lifespan, making them polyphyodonts.

Unlike crocodiles which can be found in countries all over the world, alligators are native only to the United States, Mexico, and China. In the United States, the creatures are particularly prevalent in Florida and Louisiana, as well as some parts of North Carolina, Mississippi, Alabama, east Texas, and a few other states and locations. They live in freshwaters, such as marshes, ponds, rivers, lakes, and swamps. Brackish water, or that which is a combination of fresh and saltwater, is also suitable for them. Alligators are considered an important species for the ecosystems they inhabit. Their presence helps to increase plant and animal diversity. In China, the alligator is found in the Yangtze River Valley and is endangered.

Crocodiles, as mentioned above, live around the world. They can be found in tropical habitats in Africa, Asia, Australias, and North and South America. As cold-blooded creatures they cannot generate their own heat, making the tropical climate vital for their survival. When the weather turns, they dig burrows in the side of river banks and hibernate for long periods. This also occurs during periods of drought.

As with crocodiles, the type of food alligators eat depends on their size. The younger members of the species eat fish, snails, worms, and other small creatures. But, as they mature, they move on to larger fish, turtles, some mammals, and birds. Larger alligators have been known to attack bears, panthers, and dogs.

Crocodiles are noted for their senses, a feature that allows them to maintain their role as strong predators. Their eyes, ears, and nostrils are placed on the top of their head. This evolutionary advantage allows them to lay low in the water and look, listen, and smell what’s going on around them without their prey spotting them. Additionally, they have acute night vision, allowing them to get their best hunting done at night.

They are ambush predators meaning that they lie in wait for their prey to come close to them before rushing out of the water to attack. Their main sources of food are fish, birds, mammals, molluscs, reptiles, amphibians, crustaceans and sometimes even other crocodiles. The type and size of their prey depends on the crocodile’s own size and age, all well as their habitat. Most young crocodiles eat invertebrates and all fish. 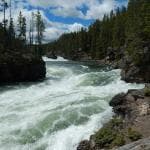 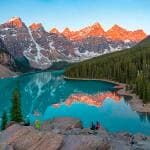 Top 10 Most Beautiful Lakes in the World