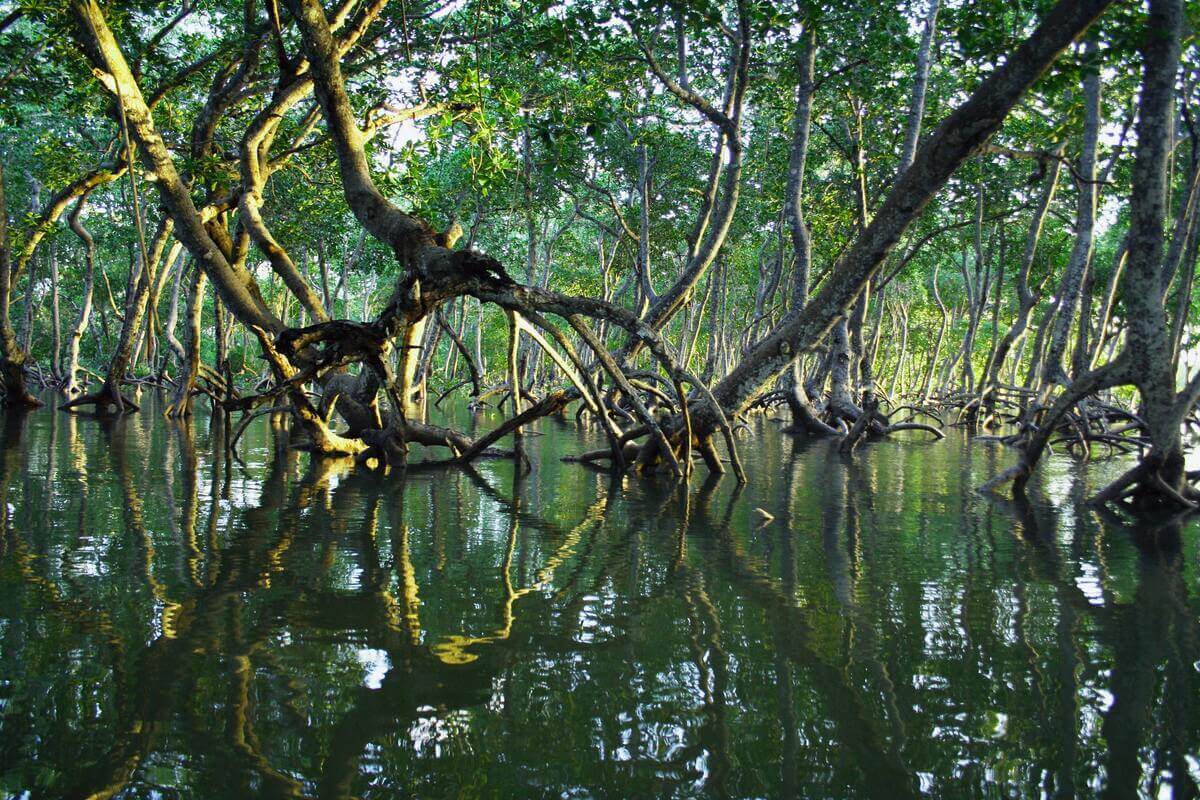 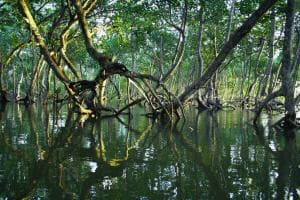 The Earth’s oceans cover the vast majority of the planet, nearly three quarters. The vast amount of water on earth, and marine creatures that inhabit it, require a diverse array of habitats.

From coral reefs to salt marshes, there are many different types of ocean habitats to explore. Some of these are incredibly lively and filled with thousands of well-known species, while others are dark, rarely explored, and populated by some of the strangest creatures on Earth.

Coral reefs are incredible, diverse ecosystems found around the world. They are at immediate threat from changing ocean temperatures and are often subject to a process known as coral bleaching. They play host to diverse inhabitants, including:

According to National Geographic, scientists believe that coral reefs contain around 25% of all marine species. Corals are, despite their appearance, living functioning marine creatures themselves. They are soft-bodied organisms that attach to the ocean floor and can live on their own or form large communities.

Estuaries are partially enclosed bodies of water where fresh and saltwater meet. They are regarding as transitory areas and are filled with marine animals, as well as elements of the habitats described below. They play host to many different bird species like the great blue heron, Canada goose, American wigeon, and more. Crabs, small fish, oysters, otters, and seashores can even be found in these areas.

Kelp forests are highly diverse ocean habitats that provide a home and source of food for thousands of marine species. The kelp forests are giant algae that grow into sheltered, underwater forests. They grow at incredible rates, around eighteen inches a day, and are spread out along the west coast of North America. Common animals found in and around kelp forests include:

Intertidal areas are covered at high tide and uncovered at low tide. They are right on the shoreline and home to tide pool animals, including:

These creatures are also preyed on by larger creatures, like sea birds. These areas are under constant threat from climate change, habitat encroachment, and erosion.

Mangrove forests are groups of trees that live and grow in intertidal zones. The majority of mangrove forests are in Asia, with the rest spread out around the world. There are around 80 different species of mangrove all of which require low-oxygen soil. They include the black and red mangrove as well as the loop-root and green buttonwood. It’s common to find jellyfish, tunicates, mollusks, worms, barnacles, snails, crabs, shrimp, and more in mangrove forests.

Mudflats form in areas where the sea brings in silt and mud. They are exposed during low tide and filled with invertebrates and other small organisms. Also common to this ocean habitat are oysters, snails, and worms. Many species of fish also frequent mudflats. They are found near bays, lagoons, and more, around the world.

The open ocean refers to the area away from the shoreline and between the surface and the abyssal depths. There, the vast majority of marine species are found. This includes sharks, fish, jellyfish, crustaceans, and the usual deep-sea species, like the vampire squid, barreleye fish, and goblin shark.

Scientists believe that throughout the Earth’s oceans, there are around 228,000 known species and more than 2 million that are unidentified or unknown.

Oyster reefs are dense collections of oysters that form large communities. They form major reefs, such as in the Chesapeake Bay. They are made up of living and dead oysters of a variety of species. Interestingly, their filter-feeding behavior is one buffer against human-caused pollution. They feed on suspended organic material and can help stabilize the shoreline.

Like all marine habitats, oyster reefs are threatened by overfishing and pollution.

Salt marshes are coastal wetlands that are impacted by high and low tides. They are drained as the tide goes out and filled as it comes back in. They are found throughout the SE United States and are home to shrimp, fish, and crab.

Salt marshes are also known for filtering out excess nutrients and maintaining water quality. The loss of this kind of habitat has been prolific throughout the 20th century. This has led to the creation of many restoration projects that hope to return these areas to the flourishing habitats they used to be.

These meadows are underwater ecosystems that include flowering plants that seed, have roots, and are anchored to the sea floor. The plants form large meadows that are home to a diverse array of marine life. Endangered species, like sea turtles and dugongs, feed there. They also provide homes for shrimp, fish, and scallops, among many species of fish. Scientists believe that the destruction of these habitats is incredibly detrimental to the overall health of the Earth’s oceans.

Tidewater glaciers are glaciers that flow into the ocean. They serve as breeding grounds for harbor seals in Alaska and places of refuge throughout the world’s colder waters.

These glaciers are known for calving, or breaking off in huge pieces, forming icebergs and crevasses in the remaining ice. The disappearance of glacial ice is one of the primary concerns for those working to stop climate change and rising ocean temperatures.

What are the different habitats of the ocean?

The wide variety of ocean habitats includes seagrasses, kelp forests, intertidal zones, estuaries, salt marshes, and more. The open ocean is home to the majority of species that readers are likely to be aware of.

What things live in the ocean?

Things that live in the ocean are turtles, sharks, mammals (like whales), sea birds, invertebrates, fish, shellfish, and more. The ocean is home to a wide array of interesting and sometimes baffling creatures.

Which ocean has the most life?

What is the most important marine habitat?

Most marine life lives in coastal habitats, like the intertidal zone, estuaries, mudflats, mangrove forests, and more. These areas are home to the majority of species, despite the open ocean being far larger. 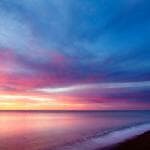