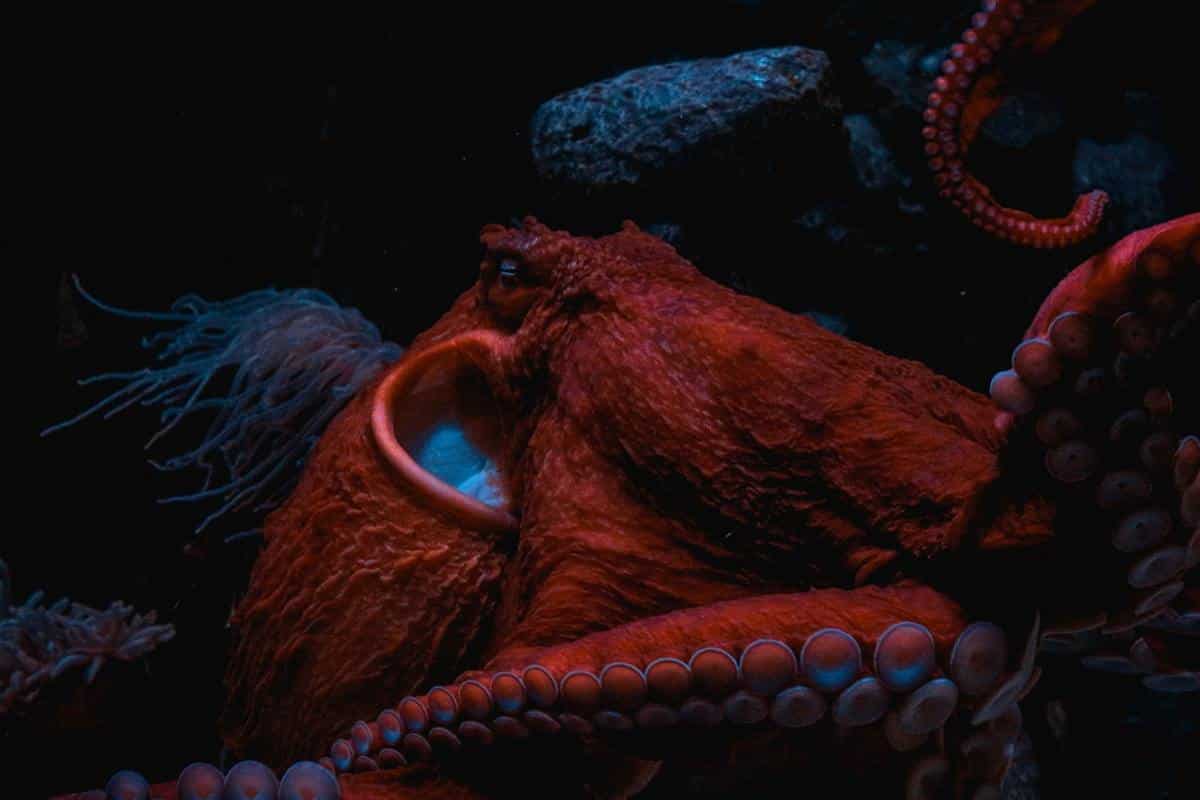 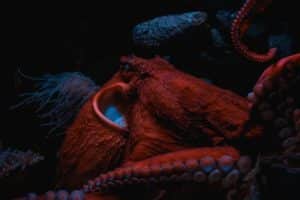 Of all the many sea monsters described in the world’s mythology, there are a few that stand out above all others.

Below, readers can explore ten of the most incredible sea monsters from mythology. These monsters have their origins in countries worldwide, including Japan, Norway, and Poland.

Interesting Note: So large it can wrap it’s itself around the world and bite its tail

Jörmungandr is a famous sea creature from Norse mythology known as the Midgard Serpent or the World Serpent. It is the child of Loki and giant Angrboða. The serpent is so large that it can wrap itself around the earth and bite its own tail. Legend states that when the snake lets go of its tail, the apocalypse or Ragnarök will begin.

Real-life sightings of sea serpents have been recorded throughout history. Some theories suggest that these could be plesiosaurs that have survived the age of the dinosaurs. The Loch Ness Monster is a prime example of this.

Creature: Humanoid-shaped sea creature with squid tentacles on its face and dragon wings

Cthulhu is a literary monster who first appeared in H.P. Lovecraft’s “The Call of Cthulhu.” Cthulhu is a cosmic monster who came to earth and resides in the earth’s oceans, in a fictional city known as R’yleh. It’s one fate Great Old Ones within Lovecraft’s pantheon of creatures. It is worshiped by cults throughout the story and is depicted as an enormous humanoid-shaped sea creature with squid tentacles on its face and dragon wings. When writing about the creature, Lovecraft said it was:

A monster of vaguely anthropoid outline, but with an octopus-like head whose face was a mass of feelers, a scaly, rubbery-looking body, prodigious claws on hind and fore feet, and long, narrow wings behind

Interesting Note: Terrorizes sailors/ships that pass near it

The Kraken is one of the most famous sea creatures from mythology. It takes the shape of a giant squid in most iterations. It supposedly lives off the coast of Norway and Greenland and terrorizes sailors passing through that area. Some suggested that the legends of the Kraken originated from sights on giant squid (which can grow to be quite large).

The Kraken has featured in films, video games, television shows, and other works of literature. It is a staple myth among sailors.

The Leviathan has a Hebrew origin. It appears in the Old Testament Bible as a sea serpent with multiple heads. It appears in Psalms, the Book of Job, the book of Isaiah, and the Book of Amos. The monster is described as chaotic and life-threatening. It is also cited as eating the damned afterlife. It is often associated with the sin of envy.

Today, the term “leviathan” is commonly used to describe any sea creature of large proportions.

Many tales of sea serpents and sea monsters are suggested to be caused by the giant oarfish, or regalecus glesne. This fish can reach lengths of up to 11 meters, making it appear like a colossal sea serpent or sea dragon.

Creature: A six-headed sea monster and a whirlpool

Interesting Note: Present travelers with the choice of facing one of two evils

Scylla & Charybdis are sea monsters from Greek mythology, described notably by Homer in his Odyssey. They are described as residing on opposite sides of the Strait of Messina between Sicily and Calabria.

The two monsters present travelers with the choice of facing one of two evils. Scylla is a six-headed sea monster and Charybdis is a whirlpool. Odysseus is advised to face Scylla and lose only a few sailors then go past Charybdis and perhaps lose his entire ship. Some later mythological resources describe how Scylla was a beautiful nymph who was turned into a monster.

Creatures: Female creatures that live at the surface of the ocean

In Greek mythology, sirens are female creatures who live near the surface of the water. They sing, enchanting passing sailors with their beautiful music, and draw ships towards the shore, where they inevitably crash. Some myths suggest sirens can even charm the wind. The sirens were usually a combination of a woman and various birds. Sometimes women with large bird feathers and feet and other times the body of a bird and the head of a woman. In later mythology, it was more common to see sirens depicted as sinister mermaids.

While not dating back to ancient mythology, this sea creature is just as terrifying. The dog-like sea monster features in the 1883 book, The Adventures of Pinocchio. It is described as at least five hundred feet long and with three rows of teeth. Its mouth is big enough to swallow a train car. The fish is first mentioned in Chapter XXIV when Pinocchio is on his search to find his creator, Geppetto. A dolphin tells Pinocchio that his creator was likely swallowed by the terrible dogfish.

Various films, video games, and television series have depicted the dogfish in different ways. It can be seen in Bonkers, Fantasmic, and Kingdom Hearts, among others.

Interesting Note: Reported to have lived in the 16th century

The sea bishop is a legendary fish that was reported to exist in the 16th century. According to legends at the time, it was taken to Poland, where the King wished to keep it. The fish was shown to Catholic bishops and made its wishes (to be released) clear. The bishops acquiesced to its request and let it go. It made the sign of the cross and vanished into the sea. Another specimen was reported in 1531 that refused to eat after capture and passed away three days after it was removed from the sea.

It can be seen pictured in Historiae animalism and Specula physico-mathematico-historica notabilium ac mirabilium sciendorum. An illustration that appears in the latter can be seen above.

Creature: Half god, half fish

Interesting Note: All creatures in the ocean must offer themselves up to the Capricorn at some point

The Capricorn, or sea-goat, is a legendary creature that’s described as half god and half fish. The beast is related to the constellation Capricornus. The monster was introduced into Greek mythology from the Babylonian zodiac.

There are also references to this sea monster in Jewish mythology. The legend states that all creatures in the sea must offer themselves up to the beast at some point.

Interesting Note: Usually breaks ships it shows itself to

The Umibōzu, or sea priest, is a creature from Japanese mythology. There is not much known about the origin of this sea spirit, but there have been sightings throughout Japanese history. It appears to sailors on a calm sea, quickly upsetting the waters. The ship it shows itself to usually breaks right away or after the monster demands something from the crew.

Legend states that the only way to escape the creature is to give it a bottomless barrel and sail away while it is trying to understand the object and is confused.

What are the most famous sea monsters?

Some of the most famous sea monsters are Cthulhu, the Kraken, and the Leviathan. These monsters are based in stories and mythology, and in Cthulhu’s case, in short fiction.

Who is the strongest sea monster?

The strongest sea monster is often described as the Leviathan due to its age and immense size. It is also the root of most sea monster legends. This gives it the prestige that other monsters don’t have.

Is the Kraken Greek?

Yes, the Kraken originated in Greek mythology. It is said to have been born from the titans Oceanus and Ceto. It supposedly has tentacles large enough to pull entire ships down into the ocean with ease. It could even destroy cities.

What is the biggest mythical sea creature?

Jörmungand and the Leviathan are both extremely large mythological sea creatures, making it a close call. However, it is said that Jörmungand was able to wrap its body around the entire world. It is safe to say that it doesn’t get much bigger than that.

The existence of many sea monsters has never been proven, making them figments of old tales and mythology. However, many of these sightings have been misidentified animals that we see today, such as the giant oarfish, giant squid, or sperm whales. So in this sense, these animals do still exist. 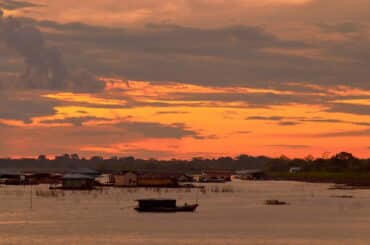