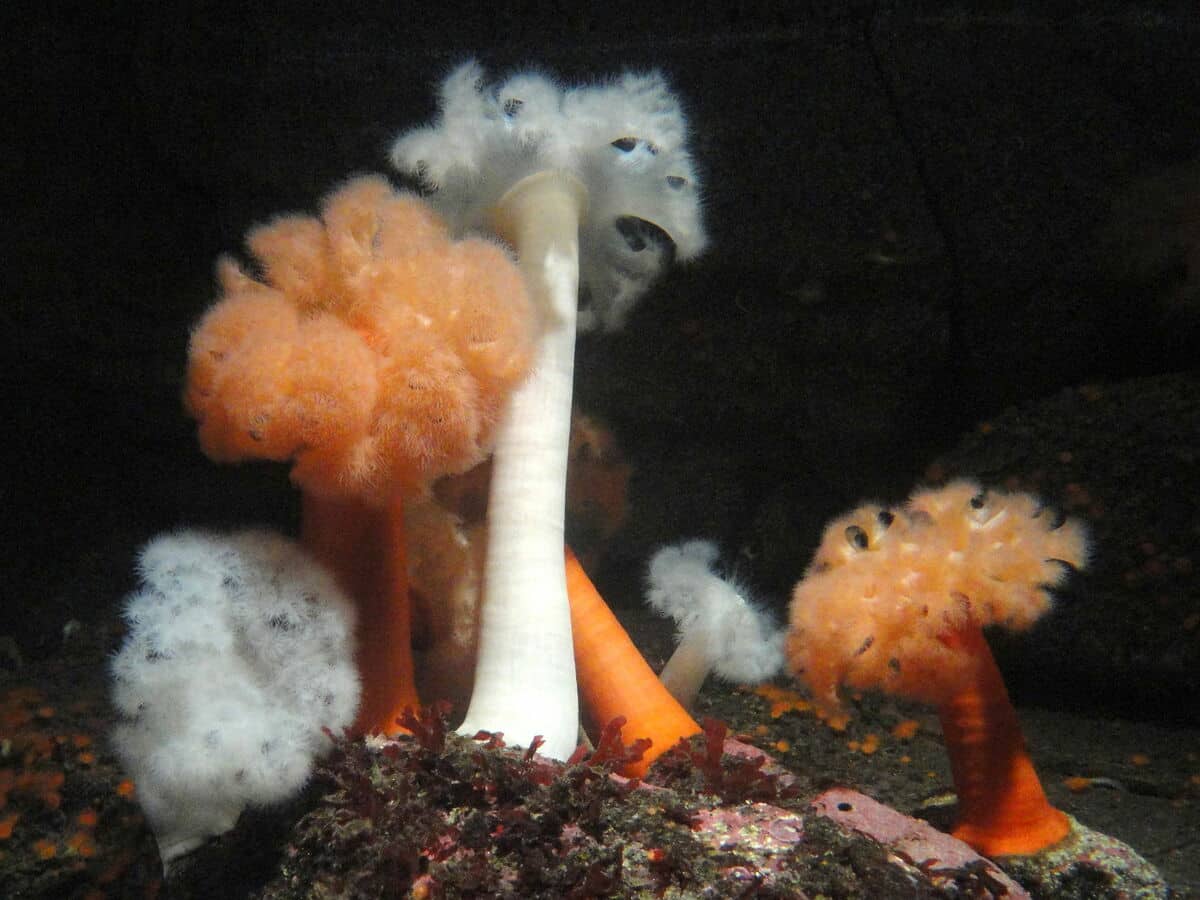 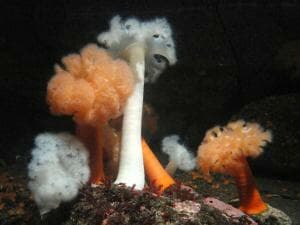 The giant plumose anemone is a large species of sea anemone known by the scientific name, Metridium farcimen. It is also known as the white-plumed anemone.

These anemones, also known as the white-plumed anemones or metridium farcimen, are found along the western coast of the United States, from Canada to California, and are most prevalent near Vancouver Island and the Puget Sound. They often prefer to live near or on man-made structures, like docks and pilings but are also found deep within the ocean near hydrothermal vents. They’ve even been found living on whale carcasses.

These incredible sea anemones are variable in appearance. They are usually white but have also been recorded as pink, orange, and brown. Generally, the column is smooth and slender and topped by a parapet. The oral disk is lobed and is known to have over 200 tentacles attached to it (leading to some descriptions comparing it to a head of cauliflower). It is also wider at the base than it is at the top. These anemones are some of the world’s tallest polyps.

Some larger members of the species are known to have extended fighting tentacles on their lips. These are sometimes used to fend off other anemones that are not a part of the colony (read more about anemone colonies and cloning below).

This large species of sea anemone is capable of reaching heights up to thirty-nine inches, or one meter. But, it’s more common to see this species maxing out around twenty inches, or fifty centimeters.

When threatened, the anemone can contract, shrinking and hiding the oral disk. If they choose, they can appear less than a third of their full size.

The giant plumose anemone can live to be very old, perhaps even as old as 100. This is not uncommon for anemones, which often live to be eighty years old and older. If thriving in a healthy environment, it’s unknown what the maximum age limit is for these incredible creatures. Some have also thrived in captivity for a long time as well.

The giant plumose anemone is found along the western coast of North America. Their range reaches from Alaska to California. Many anemones live in colonies composed entirely of cloned individuals. That means that every member in the colony originally came from one individual.

It’s common to find these anemones along the Puget Sound, around Vancouver Island in British Columbia, and docks, pilings, rocks, and other man-made structures. Interestingly, there are also reports of these anemones living at greater depths, near hydrothermal vents and cold water seeps.

They use their tentacles to reach out and grab their prey and bring it towards their oral disc, where they consume it.

The giant plumose anemone reproduces asexually and sexually. The former happens through budding. This is known specifically as pedal laceration. The parent individual transitions away from one location, leaving behind a piece of its pedal disk. This grows into a new organism.

Sexual reproduction also occurs. Male and female specimens release gametes into the water, which meet and are fertilized. The resulting larvae attach to a surface, such as a rock or man-made structure.

The giant plumose anemone is not considered endangered or threatened by the IUCN. But, like all anemones, it is threatened by habitat encroachment (seen through coastal development), pollution, climate change, and more.

They have few natural predators. Some include nudibranchs which are known to feed on small anemones, and the sea star Dermasterias imbricata, which is common in the Puget Sound, where most members of the species are found.

Facts about the Giant Plumose Anemone

What is a giant plumose anemone?

ant plumose anemone is one of the tallest polyps in the world’s oceans. It can reach heights of up to one meter, or thirty-nine inches, but is more commonly around 20 inches in height. They have many short tentacles they use to capture their prey, which are usually plankton and other microorganisms. They’re found along the Pacific coast of the United States, from Alaska to California.

What do giant plumose anemones eat?

Where are giant plumose anemones found?

They are most commonly found along the western coast of the United States. Their range stretches from Alaska to California, but the largest colonies are in the Puget Sound and around Vancouver Island in British Columbia, Canada.

How big can a sea anemone grow?

Sea anemone can grow up to one meter or thirty-nine inches in height. But, they are more common around twenty inches. They have a long, slender column and a cauliflower-like oral disk.

What is the pedal disk of the anemone used for?

The pedal disk is on the opposite side of the anemone’s mouth. It attaches the individual to a hard surface, like a rock. 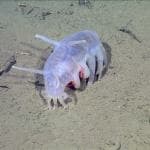 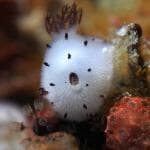