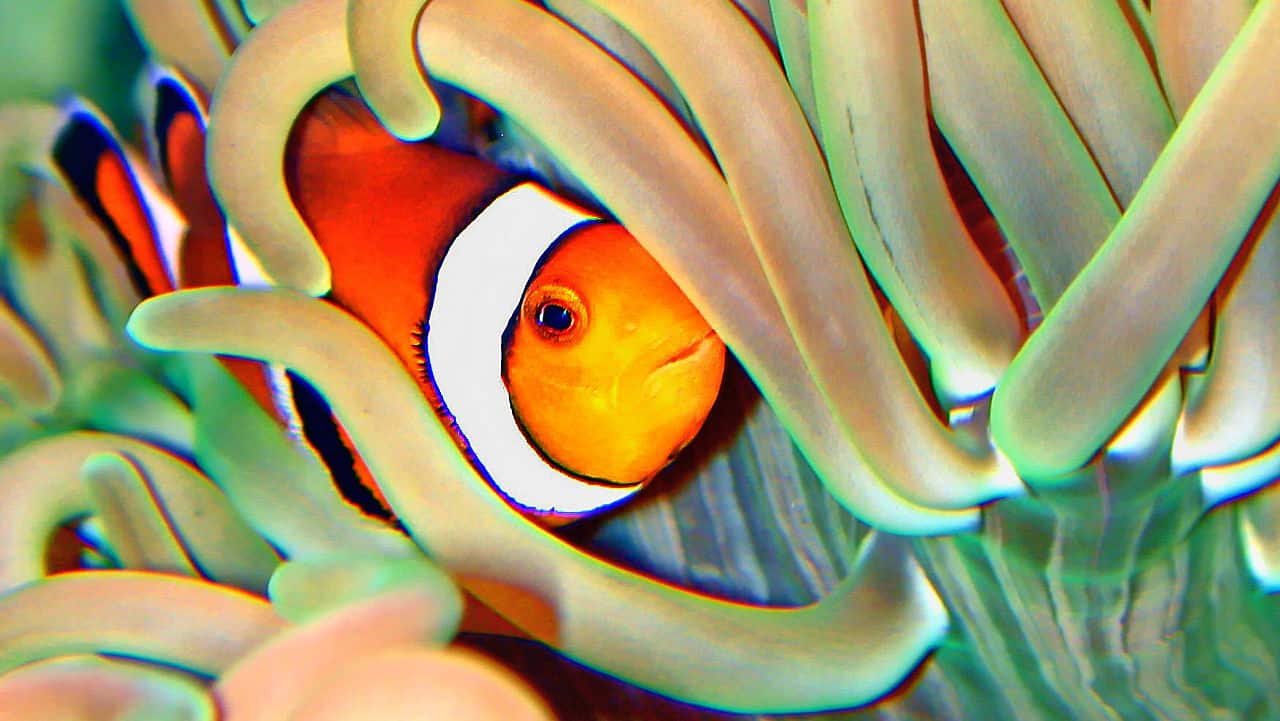 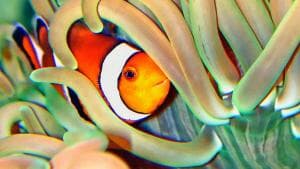 Sea anemones are predatory marine animals that live in the oceans worldwide. They are of the order Actiniaria and are related to corals and jellyfish.

Sea anemones are single polyps that attach to a hard surface or live in the ocean floor’s soft sediment. They are often referred to as the “flowers of the sea,” alluding to their colors, shape, and the fact that they were named for the flowering anemone.

These animals have interesting habits, diets, reproductive traits, and appearances, making them one of the most interesting of all marine creatures.

The sea anemone is a sessile (usually) polyp attached at the base to a hard surface by an adhesive foot. They range from around one to five centimeters in diameter and 1.5 to 10 centimeters in length. But, due to their ability to move freely (albeit slowly), as well as inflate, their dimensions vary. Some are significantly larger, exceeding a meter in diameter (such as Urticina columbiana and Stichodactyla mertensii). The column of the sea anemone, or the generally start portion of the creature that attaches to the ground, is mostly cylindrical, appearing plain and smooth. Although they sometimes feature other structures.

The sea anemone’s oral disc has a mouth, centrally located and slit-shaped. It is surrounded by multiple groups of tentacles. The tentacles have cnidocytes, or groups of cells that are used to capture prey. Sea anemones also produce a mix of toxins, such as neurotoxins that allow them to paralyze their prey and move it through its mouth and gastrovascular cavity. There are some fish, such as the clownfish, that are not affected by the stone and therefore use the tentacles as shelter from more deadly prey.

Sea anemones are predators that are skilled at captures prey of various sizes that comes close to their tentacles. They immobile the prey with the use of nematocysts. It’s then transported into the anemone’s mouth. The sea anemone can eat anything from crabs to molluscs and small fish. Some are parasitic in nature, feeding off of other marine organisms.

Anemones are found in the deep ocean and shallow, more coastal waters around the world. There are numerous species, with the most diverse living in tropical waters. However, there are many which have adapted to colder waters as well. Most species of sea anemones live on hard surfaces, such as rocks and shells. The best hiding places are in cracks or within groups of seaweed.

Mutualism is the interaction between two or more species for the net benefit of both. In the case of the sea anemone, it often forms relationships with single-celled algae species that reside in the anemone’s gastrodemeral cells. This might be either zooxanthellae or zoochlorellae, or a combination of both. The sea anemone benefits from the algae’s photosynthesis, gaining oxygen and food ( glycerol, glucose, etc.).

There are also several species of fish and invertebrates that form relationships with sea anemones, such as the clownfish. They live in the anemone’s stinging tentacles, protected from predators. Other species that make their homes in and around sea anemones are cardinalfish, various crabs, shrimp, marine snails, and more.

The sea anemone is one of several ocean creatures with the capacity to change shape. It can make dramatic changes to its column and tentacles. They have muscle running transverse, diagonal, and longitude, meaning that they can length and contract in every direction. They can also twist, bend, and move in unexpected shapes that often appear more animal-like than plant-like.

The plant’s movements don’t stop there, though. It’s also able to turn its gullet and mesenteries inside out. This means that the tentacles can retract inside the gullet, and the gullet folds transversely, discharging water through the mouth.

The majority of sea anemones are sessile, meaning that they attach to a hard surface and stay there for many weeks or months before moving to another location. Others, less commonly, burrow into the soft soil of the ocean floor. No matter how much they move, sea anemones are capable of moving around on their bases. However, the motion is too slow to be observed by the human eye and has to be captured on time-lapse photography. It’s also possible for sea anemones to break away from whatever hard surface they’re attached to and float to a new location.

One species of sea anemone, gonactinia prolifera, is capable of walking with a series of short steps that have been compared to the movements of a caterpillar. Others swim through flexing their central column or use a spherical shape to roll around in the waves.

The sea anemone life cycle includes sexual and asexual reproduction. The polyp produces eggs and sperm, and the fertilized egg develops, which then becomes another polyp. The sexes are different in some species than in others. Some are sequential hermaphrodites, changing sexes at different stages in their lives. For example, the brooding anemone is gynodioecious, meaning that it starts its life as a female and later becomes hermaphroditic. This means that populations consist of the latter and of the remaining females.

Sea anemones also have the power to regenerate and produce asexually. The latter is done through a process known as budding. It might also occur through fragmentation or longitudinal (or transverse) binary fission. Some pull themselves apart and create groups with identical markings. Others use pedal laceration in which a bit of material breaks off at the base of the column, which then regenerates into another individual.

Sea anemones grow slowly and reproduce slowly as well. Some, such as the magnificent sea anemone (or Heteractis magnifica) can live for decades. 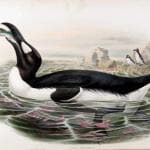 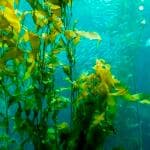