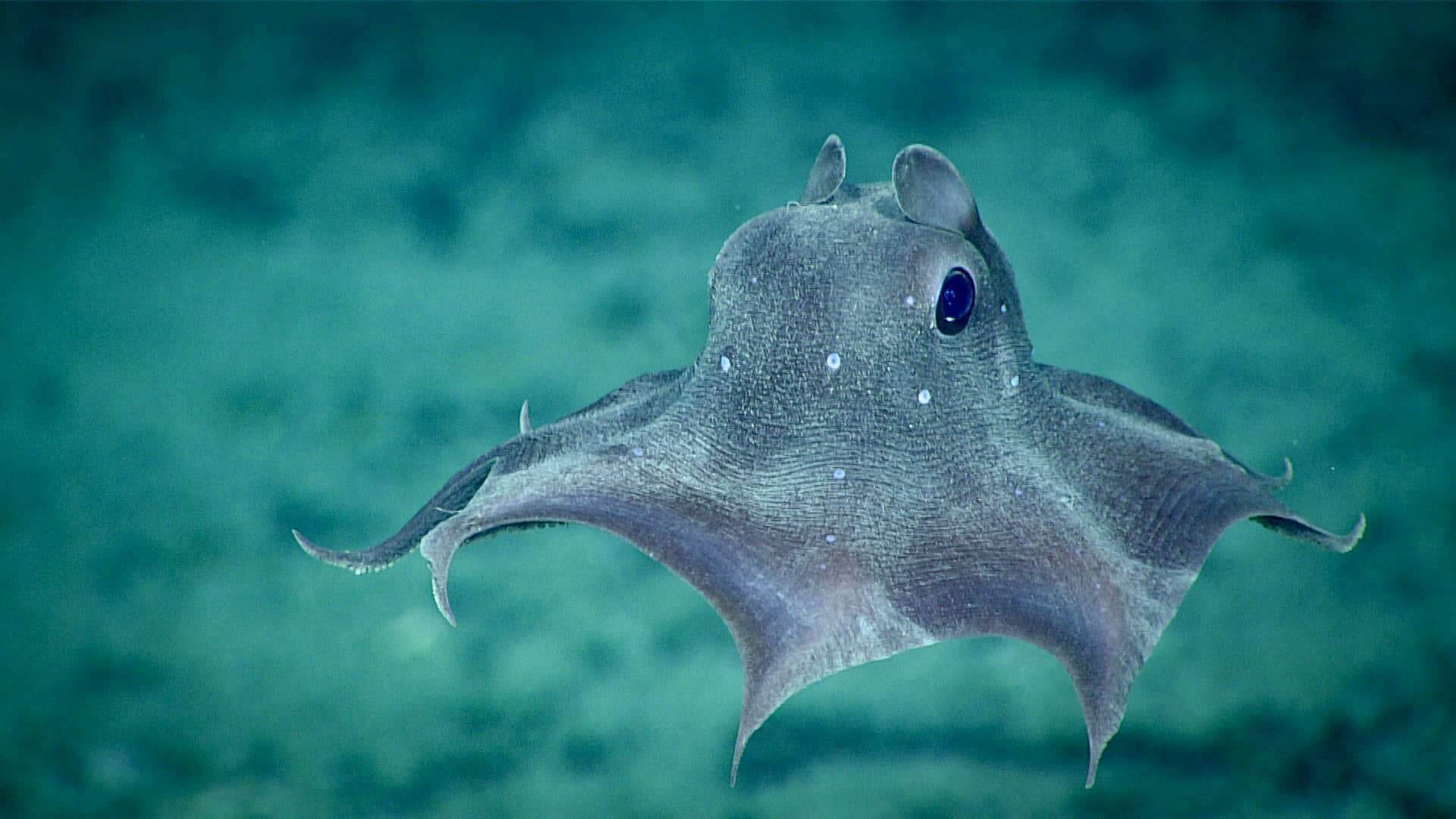 The dumbo octopus, also known as grimpotheuthis, is a genus of pelagic umbrella octopuses. The name originates from the creature’s resemblance to the character of Dumbo from the 1941 Disney film of the same name. There are thirteen species in the genus, unfortunately though, due to the difficulty in studying specimens, and some confusion surrounding the distinction between them, there are few available for study today. Taxonomical confusion still makes it difficult to distinguish between some species.

The Dumbo octopus was first discovered around 1883 but the first specimen was not seen until the 1990s after the first deep-sea submersible vessels were invented. Far more is known about these creatures than when they were first discovered but there is a great deal more to learn.

The dumbo octopus is small compared to other octopods, averaging between 20 and 30 centimeters. Although, one of the largest specimens ever discovered was much larger, around six feet or 1.8 meters. The octopus has the ability to camouflage itself, something that comes in handy when it’s trying to hide from its natural predators, like sharks. These octopuses also come in different shapes. Female octopuses have more gelatinous bodies than the males do, and wider than they are long. Their arms are also more prevalent and they have U-shaped shells and larger eyes.

The octopuses gelatinous body allows it to exist at the highly pressured depths it prefers. The extreme pressure keeps its body together and if brought to the surface, its body would not be able to work correctly.

It has two large fins that protrude from the size of its mantle, giving it the appearance of having very large ears (encouraging its common name “Dumbo”). They propel themselves through the water by flapping their fins and expelling water from their siphons, a process known as jet propulsion. They’re also able to control their movements through moving the webbing between their arms. These arms also allow the octopus to crawl along the seafloor. They can use them to capture prey and explore their environments.

Most of the time the dumbo octopus hovers over the seafloor, seeking out prey like isopods, crustaceans, pelagic copepods, and more. This prey is easily captured when the octopuses pounce on it and quickly swallow it whole. One of the only major threats that the octopus faces is the scarcity of prey on the ocean floor. They have to forage for food which can be a rarity.

Species of grimpotheuthis are distributed around the world, to scientist’s best knowledge. They live between 1,000 and 7,000 meters (up to 13,000 feet) below the surface of the ocean, something that has also led to increased difficulty in their study. Scientists do known that they live along the coast of Oregon, Papua, New Guinea, and the Gulf of Mexico, as well as other places like the Philippines, and Australia.

These octopuses live at extreme depths and are considered today to be the deepest-living octopuses know to scientists. In 2020, a dumbo octopus was spotted in the Java trench, around 13,000 feet below the surface.

Dumbo octopuses are not as common as some other species, meaning that  it’s not always a simple thing for a male and female to find one another and breed. This is remedied somewhat by the fact that Dumbo octopuses have no single period for breeding as other animals do.

The females carry ego throughout their maturity. After mating, the female can choose to store the male’s sperm until she believes its the best time to reproduce. This will be judged in regard to environmental conditions and the relative safety of an area. Usually, these octopuses fine a hard surface, such as a rock on the sea floor, to wait for the young to hatch. The juveniles are believed to be able to survive on their own from birth. The octopuses live between three to five years.

Fortunately, there are few threats this octopus faces due to its preferred habitat deep beneath the ocean’s surface. The octopus is capable of changing colors, from pink, to red, to brown, to camouflage itself from predators like shakes and cephalopods. Luckily, Dumbo octopuses do not face threats from humans due to their distance from the surface. Right now, they’re conservation is listed as “Least Concern” by the IUCN Red List.

Facts About the Dumbo Octopus 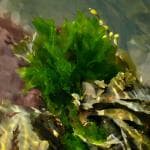 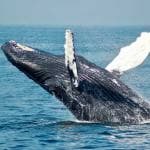