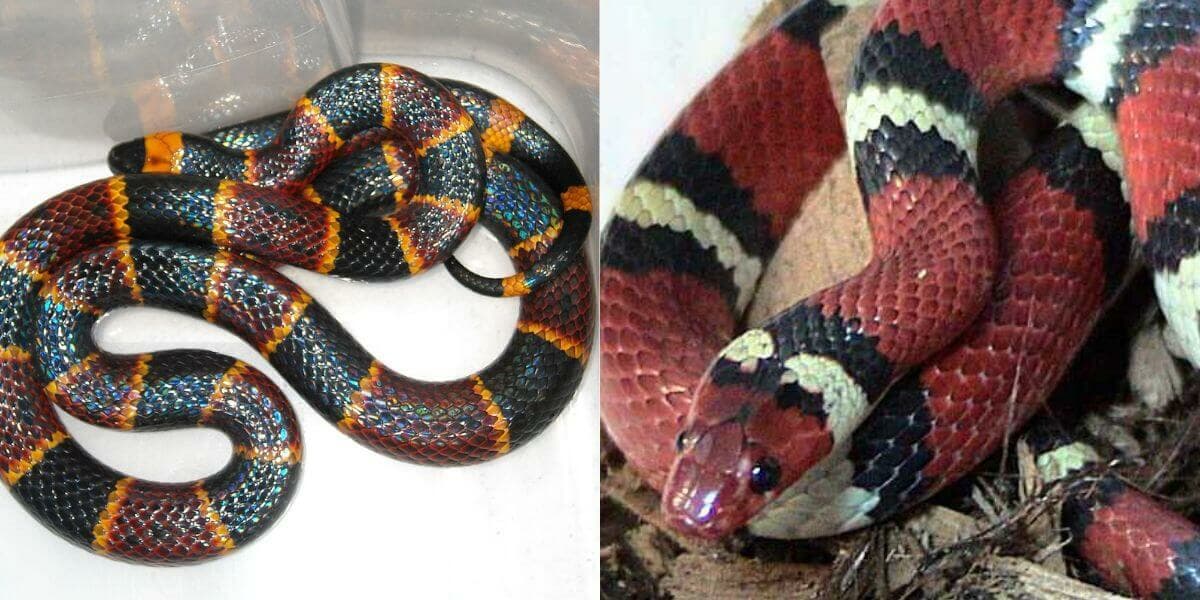 Knowing the differences between coral snakes and king snakes may save your life! The coral snake is well-known for its painful and (in some very rare cases) lethal venom, while the king snake is entirely harmless, posing no threat to human beings. But which is which, and how are you supposed to tell them apart?

Key Differences between a Coral Snake and a King Snake

We’ll explore these differences and exciting facts about these two snakes below.

What is a Coral Snake?

How to Recognize a Coral Snake?

The easiest way to recognize a coral snake is its color pattern. A common mnemonic, “red touch yellow, kill a fellow,” is commonly used to remember that coral snakes almost always have red and yellow bands touching.

This helps them stand apart from king snakes which are not poisonous and have red and black bands touching. But, this isn’t a 100% accurate way of determining a snake’s species. There are some types of coral snakes that have different color patterns.

In the US, most coral snakes live in the southern range in temperate areas. It’s not uncommon to find them in North Carolina, all the way south to Louisiana and Florida. They prefer to live in forested habitats. There is another species of coral snake that’s been found as far east as Arizona and New Mexico.

These snakes live in deserted areas and low rocky mountain slopes. Unfortunately, habitat is one of the least dependable ways to tell coral and king snakes apart, as coral snakes can be found everywhere, from grasslands to farmland, desert, woods, and semiarid regions.

Coral snakes primarily live on a diet of smaller snakes, lizards, skinks, and even other coral snakes (although the latter is rare). They’ve also been known to eat frogs and eggs.

Yes, coral snakes are incredibly dangerous to humans. They have one of the most potent venoms of any North American snake and are sometimes regarded as the second most deadly snake in the world. But, there are relatively few bites in recorded history due to the fact that these snakes tend to live away from population centers or in areas where very few people live.

There are around 20 coral snake bites in the US every year. They also have very short fangs, making it harder for these dangerous snakes to penetrate clothing or shoes. But if you are bit by a coral snake, you should seek immediate medical attention.

It’s important to remember that although most coral snakes share the same color pattern, not every coral snake is red, black, and yellow.

If you get bit by a coral snake, you may experience everything from:

What is a King Snake?

King snakes are very large, nonvenomous snakes that are native to the Americas. There are around 45 species of king snake that have so far been recognized. They can vary significantly in size and color, with snakes growing to be as long as 24” or 60” and colored between muted browns or reds, yellows, and even lavenders. Some of the many king snake species are:

How to Recognize a King Snake?

The easiest way to recognize a king snake is by memorizing one of a few different mnemonic devices. For example, “red on black, a friend of Jack.” The second half of this mnemonic is usually used to apply to coral snakes, “red on yellow, kill a fellow.” King snakes are also capable of growing far larger than coral snakes. But, there are different types of king snakes with different color patterns.

Most king snakes live in North America, between the United States and Mexico. They can be found everywhere, from tropical forests to deserts, a fact which makes it hard to use habitat to distinguish between a coral snake and a king snake.

King snakes eat everything from eggs to birds, rodents, lizards, and other snakes. They’ve also been known to eat rattlesnakes. Scientists believe that they are immune to the venom of other snakes. They use constriction to kill their prey.

No, king snakes are not dangerous to human beings. They are not venomous and have small teeth that are unlike to penetrate clothing or shoes.

How does the king snake mimic the coral snake?

The king snake mimics the coral snake in their color pattern. While the colors fall in a different order, king snakes are often mistaken for coral snakes because both species have red, black, and yellow bands.

What is the old saying about coral snakes?

The old saying about coral snakes is “red touch yellow, kill a fellow.” Sometimes added is “red touch black, a friend of jack” to apply to the king snake. 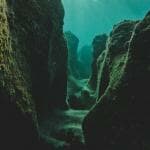 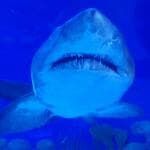