Seals and sea lions are visually similar marine mammals. They are both called “pinnipeds,” but differ from one another in several ways. Sea lions are brown and are known for barking. They also walk on their large flippers and have visible ear flaps. Seals, on the other hand, have smaller flippers and wriggle on their stomachs on land. They also lack visible ear flaps. However, both species are carnivores, living off fish, crustaceans, and many more sea creatures.

The Main Differences Between a Sea Lion and Seal

Here are the top five main differences between the sea lion and the seal:

We’ll explore these differences and interesting facts about each marine animal more below.

What is a Sea Lion?

Sea lions are a type of pinniped. They are part of the Otariidae family along with fur seals, meaning that they are also considered seals. They live throughout the world, in subarctic and tropical waters in the Northern and Southern Hemisphere. They are related to both seals and walruses but are distinct.

Of the species of sea lions, the Australian sea lion, the Galápagos sea lion, and the New Zealand sea lion are listed as endangered by the IUCN. Sea lions live between twenty and thirty years.

On average, sea lions weigh around 660 lb and grow to around 8 ft long. The females are smaller, around 220 lb and 6 ft long. Of the sea lions, the Steller’s sea lion is the largest. It can weigh up to 2,200 pounds, notably lighter than the heaviest seal species, the male southern elephant seal.
Adult male sea lions are usually larger than females. Most of the species are dark brown to black in color. The pubs are generally dark brown as well. They weigh around 16 pounds after birth. Their coats change colors as they age, becoming lighter. They might even take on a silver color.

There are some distinctions between species. For example, the California sea lion has a longer, narrower snout.

Per feeding, sea lions eat around 5-8% of their body weight. This is usually around 15 to 35 lb. They are skilled hunters, mostly due to the incredible speeds they can move through the water. They’ve been clocked at up to 35 miles an hour. Sea lions generally eat species including fish, herring salmon, and sardines. They’ve also been seen eating squid and octopus. There are over 50 species that sea lions might choose to prey on. They have 34-38 teeth in their mouths which they can easily use to catch their game.

Male sea lions fast during their mating period, losing a great deal of their weight. They refuse to leave their territories, concerned that they might lose out on a mating opportunity. They breed on the same section of the beach every year. The females come into heat about three weeks after giving birth and also initiate courtship. They move into submissive postures, signaling to the males that they are ready to mate. They usually only breed once a season. When the female is done mating, they bite the male’s neck.

One interesting fact is that scientists have discovered that some sea lions purposefully swallow stones. It’s unknown why they choose to do this.

What is a Seal?

A seal, also known as a pinniped, is a widely distributed predatory semiaquatic marine animal. They are made up of several different families, including Odobenidae, Otariidae, and Phocidae. The Phocidae family contains the earless seals, or ‘true seals’. There are believed to be more than fifty extinct species of seal. They all descend from one ancestral line. Some of the most notable species of seal are the northern elephant seal, harbor seal, and leopard seal.

Seals live throughout the world but are most common in the colder waters throughout both hemispheres. They come to shore when it’s time to mate and give birth or escape predators, otherwise, they spend most of their time in the water. They tend to be hunted by larger predators such as killer whales and sharks.

Seals can range in size from a small 3 ft 3 in to 16 ft in length. Weight-wise, they can vary from 99 lb up to 7,100 lb. The southern elephant seal male is on the heavy end of the spectrum and is the heaviest and largest member of its order. The Baikal seal is on the other end of the scale, weighing in at around 100 pounds. These animals have a thick layer of fat, also known as blubber, on their bodies in order to insulate them from the cold.
Seals have slick, streamlined bodies that make traveling through water easy. They propel themselves with front limbs, in comparison to walruses which use their back legs.

Their senses are quite strong, with well-developed hearing and sight on land and at sea.

Seals’ diet consists of fish and other marine invertebrates. This includes penguins and other smaller seals, although they usually feed on fish and smaller animals such as clams and crabs. This contrasts with walruses, who mostly feed on mollusks.
Mating behavior begins with the males – this is unlike sea lions, where the female initiates copulation through submissive behavior. The male chases the female, bites her flippers and neck, in an attempt to constrain her, and initiates mating. The female may respond by growling and waving her flippers. Copulation takes place in the water. Usually, the male seal will mate with more than one female in a season.

The male seal becomes sexually mature between three and seven years of age and around 165 pounds. The female is usually in the same age range but around 110 pounds.

What is the difference between a seal and a sea lion?

They are similar in many ways, but sea lions are brown, walk on their broad flippers, and have ear flaps. Seals wriggle on land and can vary in color. They also do not have visible ear flaps.

How big is a seal compared to a sea lion?

Which is faster, seal or sea lion?

How long do seals and sea lions live?

Both seal and sea lions each live between 20-30 years.

Sealion attacks are very rare. But, they have been recorded. 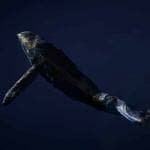 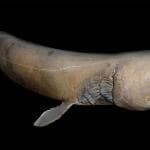