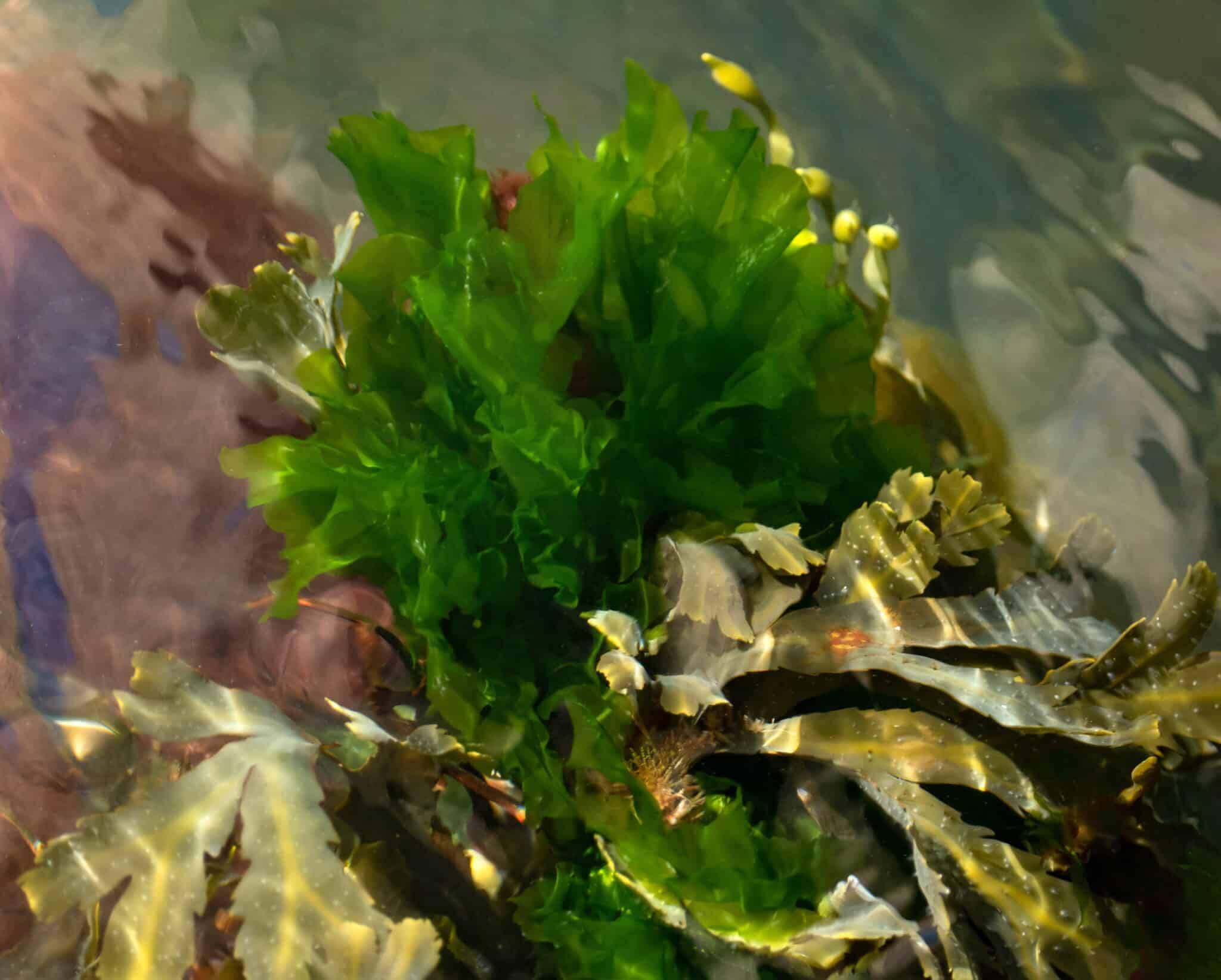 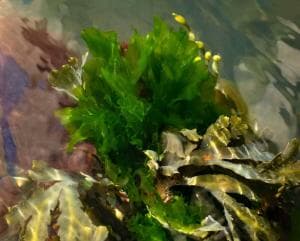 Sea lettuce, like many marine plants, can be found all over the world. It is most commonly found near and on the rocky shores of the oceans and seas.

Sea lettuce belongs to the genus of green algae, (family Ulvaceae) and grows around the world. It is capable of living in large numbers on the surface of the water, along the shore,  and in highly polluted areas. Sometimes, a sea lettuce bloom can be detrimental to the plants growing underwater below it. These large masses block out the sun, killing the submerged vegetation. It’s also quite common to find sea lettuce washed up on shore, along beaches, and the same rocky areas where it often flourishes.

Sea lettuce, like many marine plants, can be found all over the world. It is most commonly found near and on the rocky shores of the oceans and seas. Less commonly, it can be found in brackish water, or brack water. These are areas that have more than the usually amount of salt for fresh water but not as much as found in the ocean. Sea lettuce perfers these areas if they have a great deal of organic matter or sewage. The areas can attract further contamination, including heavy metals.

Although sea lettuce can be found attached to rocks and shells by its holdfast, or a root-like structure in aquatic sessile organisms, it is often found floating freely in water. For example, in stagnant tide pools and around rocky areas. According to The Uncommon Guide to Common Life on Narragansett Bay, the deepest sea lettuce has ever been recorded in around 75 feet. It is also capable of growing in high and low intertidal zones and mashes at all times of the year.

Sea lettuce is capable in thriving in a wide variety of environments, including those filled with pollution. These areas, which are uninhabitable for most life, are easy areas of growth for sea lettuce. Due to this fact, they are sometimes used as an “indicator species.” Scientists who spot a larger than normal sea lettuce bloom will know that it’s possible pollution is also higher than average there.

Sea lettuce is made up of the thallus, the body of an algae, fungi, and other organisms, which resembles a lettuce leaf. It is a sheet of cells that is 30 cm long and two cells thick. The thallus, according to Britannica, is embedded with a “tough gelatinous sheath.”

Sea lettuce also has a holdfast, or an anchor that holds it to the sea floor. The individual blades can grow to be around sixteen inches or four hundred millimetres in size. This is rare though, occurring only when the plant is in sheltered/protected areas.

The leaves are actually a bright green algae that are composed of lobed leaves with a coarse texture. They can appear flat, rounded, oval, broad, to thin. Sometimes they are perforated with holes that vary in size. There are no roots at the base of the algae, nor is there a stalk where it attaches to the sea floor.

Sea lettuce is a popular feature in aquariums around the world, especially in the saltwater aquarium trade. These plants are kept for their high nutrient value. It’s often grown as a source of food for herbivorous fish. It’s also popular due to the ease of growing and maintaining the plant. It can attach to almost any surface or drift through the aquarium’s water.

Sea lettuce goes through two reproduce phases. The first occurs when the adults produce spores by meiosis, or the process where one cell divides twice to produce four cells, each of which containshilf the original genetic material. They settle an grow into male and female plants these same plants produce gametes by mitosis, or the process by which one cell devices to produce two new cells that are genetically identical to the original. The gametes come together and develop into adult plants.

When sea lettuce dies, it floats to the bottom of whatever ocean body its living in and decomposes on the floor. There, it’s consumed by bacteria until it’s gone.

Sea lettuce, particularly a species known as Ulva lactuca, is consumed for its iodine and vitamin content. Iodine is an essential mineral used by the thyroid gland to make horns that control body functions, such as growth and development. If one’s body doesn’t produce enough of the mineral it’s important to supplement it. Iodine deficiency, especially among women during pregnancy is a world-wide problem. It can also lead it issues with brain development.

Vitamins A,B, and C are also found in the sea lettuce. The first of these is important for eyesight and immunity and a deficiency can lead to problem sin both to these areas and in severe cases lead to blindness. Vitamin B nutrients are important for maintaining cell health and fueling the body with energy. Symptoms of deficiency include fatigue, anemia, and more. Finally, sea lettuce is a source of vitamin C. Experts agree that this is one of the most important nutrients for one’s body and is said to help reduce the risk of chronic disease and strengthen the body’s immune system.

Sea lettuce is used for all of these reasons, in addition to the texture and taste it adds to salads and soups. It can be found in meals primarily in Northern Europe, China, and Japan.

In a worrying 2009 incident, a large amount of sea lettuce washed up on the beaches in Brittany, France. there, it decomposed and produced a large amount fo hydrogen sulfide. This toxic gas had a fatal effect on a horse and caused the rider to lose consciousness. In another incident, a truck driver crashed while transporting a large amount of the lettuce. He died afterward with the toxic fumes as his cause of death. Scientists believe this incident was caused by the improper disposal of animal products from industrial farms. 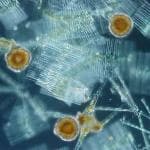 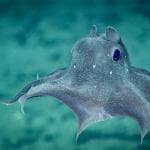