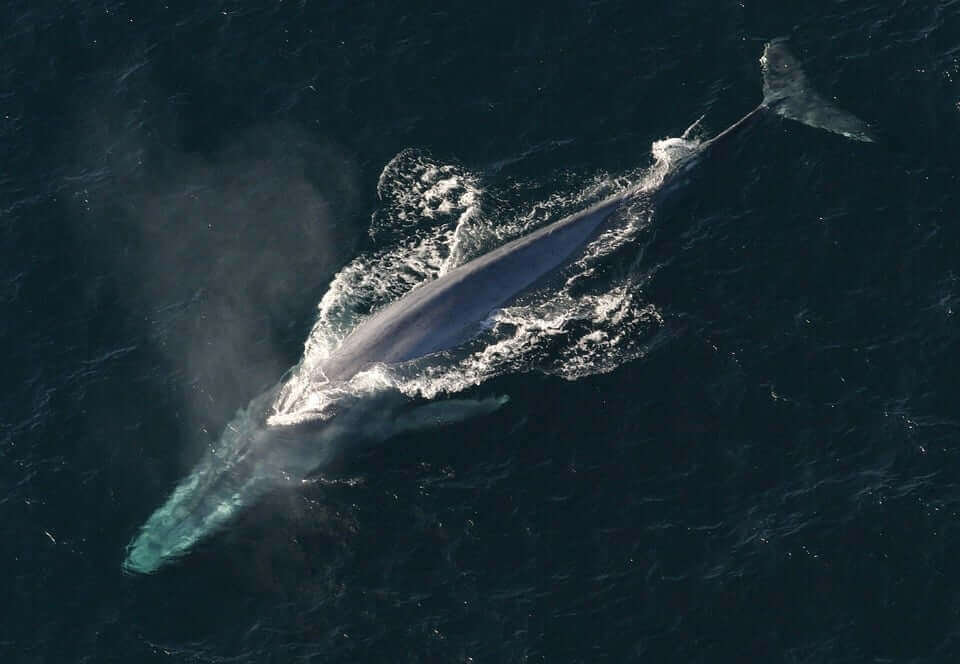 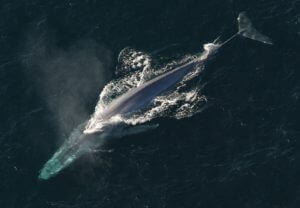 The blue whale is the largest animal on the planet. They weigh as much as 200 tons and eat around four tons of krill every day.

These incredible animals are also the loudest on Earth, louder even, WWF describes, than a jet engine. They are at the top of the food chain and play an important role in the healthy functioning of the ocean’s ecosystems.

These animals were, and still are, hunted for their meat, but over the recent decades, combined efforts on the part of the IWC and other agencies have significantly decreased the number of whales killed a year. Today, blue whales are listed as engaged under the Endangered Species Act and are protected by numerous treaties and the Marine Mammal Protection Act.

The largest confirmed size of a blue whale is 29.9 meters or 98 feet with a weight of 173 tonnes. Depending on the animal, the whale can vary between shades of blue and grey. They have long slender bodies that appear blue underwater. Their bodies also feature unique mottling patterns on their backs and pigmentation around the dorsal fin, as described by “Photographic identification of the blue whale in the Gulf of St. Lawrence, Canada.” They also have flat, broad heads, slender flippers, and a small dorsal fin. Their underside has a yellowish tint due to the accumulation of diatoms ( “Whales, dolphins, and porpoises of the western North Atlantic”).

These whales are considered to be the largest known animals to have ever lived on earth. There have been a total of 88 whales longer than 98 feet and one reaching 108 feet, according to the IWC. The females are larger than the males, with the mature female reaching an average length of between 70 and 79 feet, depending on the species.

Blue whales primarily eat krill but have also been documented eating crustaceans and fish. They filter feed, meaning that they swim towards large groups of krill with their mouths open. According to NOAA, blue whales push the water out of their mouths with their tongue and swallow the krill.

Blue whales live around the world, in every ocean except the Arctic. They usually live alone or in pairs and spend their winters migrating towards the Equator. This improves their access to prey in the winter and may, according to Biology Letters, reduce parasitism and pathogens. It can also result in safer waters for calving. They can swim up to twenty miles an hour when they’re threatened.

They live in the North Atlantic Ocean, from the subtropics to the Greenland Sea and off the coast of the eastern United States and Canada. North Pacific blue whales live around the western coast of the United States. They migrate to Central America during the winter. There’s also a population of whales in the Indian Ocean, with sightings retried in the Gulf of Aden, Arabian Sea, and other smaller bodies of water. A subspecies of blue whale, the pygmy blue what, is found around Australia, Madagascar, and New Zealand (NOAA).

Blue whales have a famous method of communication. According to National Geographic, they emit a series of pulses and groans that can be heard by other whales up to 1,000 miles away. These sounds can be used to tell blue whale groups apart. They can vary by time of day, region, species, and season. Scientists have studied these vocalizations for years, but the purpose behind them is not fully understood.

When blue whale calves are born, they are around three tons and 25 feet long. They eat their mother’s milk for the first year of their lives and grow up to 200 pounds every day.  Blue whales reach maturity around ten years old, which’s measured through testosterone in male whales or the use of earwax lamina in an earplug (a common way of measuring a whale’s age). The mother-calf bond is the strongest in the whale community. They are solitary animals that spend most of their lives alone.

Unfortunately, little is known about their mating behavior or birth. It is thought to occur in the fall and winter with fierce competition between males with gestation lasting around 10-12 months. Blue whales then live to around 80-90 years (NOAA).

Despite efforts to curb whale hunting, blue whales are still killed everywhere by commercial fishermen. But, the most prominent threat these animals face is a loss of habitat, introduction of toxins into the ocean water, and climate change. The latter has had a sizeable impact on the number of krill available in the waters, something incredibly detrimental, especially when one considers how crucial these creatures are for the blue whale’s diet.

Some other threats blue whales face include ship strikes. These occur when whales are killed when run into, or running into, ships. These incidents usually kill a few blue whales a year. Activists suggest changes in and better management of shipping lanes as a solution. They are also at threat from large fishing nets. The whales can become entangled in this gear, getting it wrapped around their bodies and mouths. Ocean noise also poses a threat. It makes blue whale vocalizations harder to hear and influence behavior.

The only real natural threat the blue whale faces comes from the orca, known to work in groups to attack blue whales. The calves are far more threatened by orcas than full-grown adults. Due to their size, there are no other real predators for blue whales to worry about.

Facts About the Blue Whale 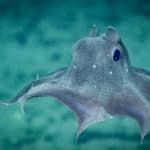 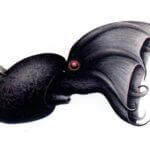