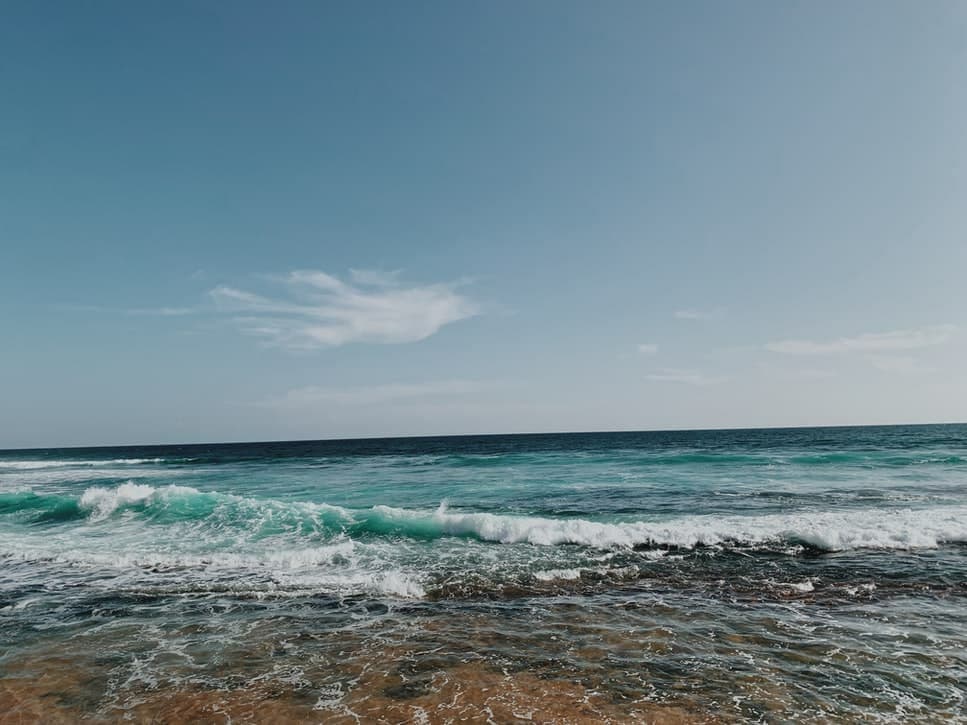 The Pacific Ocean is the largest ocean in the world, making up around 28% of the world’s surface area and almost double that in water surface area. It touches the west coast of North America. It is also home to the deepest trench on earth, the Marianas Trench, where the Challenger Deep is located. It’s 36,037 feet deep, far deeper than Mount Everest is tall. The trench is located between two tectonic plates, accounting for its incredible depth. The ocean’s coast line, along North America and Japan, is prone to earthquakes.

The ocean was named by the explorer Ferdinand Magellan. He chose “pacific” to mean “peaceful sea.” The Pacific Ocean is home to the Ring of Fire, a chain of 450 volcanoes in a u-shape. They reach from South America, along the coast of Japan, the western United States, all the way down into New Zealand. The Pacific Ocean is the world’s largest body of water.

The Atlantic Ocean is the second-largest ocean in the world, second only to the Pacific Ocean. The ocean covers around 20% of the Earth’s surface and is thought to have formed during the Jurassic Period. It is also connected to the Pacific, Arctic, Indian, and Southern Oceans. The equator divides the ocean into two parts, the Northern Atlantic and the Southern Atlantic. Within the Atlantic Ocean are the Sargasso, Caribbean, and Mediterranean Seas.

The ocean is home to a wide variety of sea life, such as turtles and dolphins, and creatures living more than 3,000 feet below the surface. Interestingly, the world’s largest island, Greenland, is located between the Atlantic and Arctic Oceans.

The Indian Ocean is the third-largest ocean. It covers around 1/5th of the Earth’s surface and includes numerous tropical islands. The ocean is bordered by Africa to the northwest, Antarctica to the south, India and Asia to the north, and Australia to the east. It includes the Arabian and Laccadive Seas. The Indian Ocean is the warmest in the world. This means that many varieties of sea life can’t live in its warmer waters. Interestingly, the sea contains a few of the world’s most important ports, such as those in Mumbai and Kolkata.

The Southern Ocean, also known as the Antarctic or Austral Ocean, is the fourth largest ocean globally. Scientists continually debate its boundaries. Some don’t recognize the ocean at all. Famously, James Cook filed around the Southern Ocean in the 1770s, proving that one could circle the southern latitudes in its waters. The deepest point in the ocean is 24,390 ft or 7,434 meters. Its ecosystem has been changing rapidly over recent years as a result of climate change. The waters are home to animals like seals, penguins, and orcas.

The Arctic Ocean is the world’s smallest and shallowest ocean. It includes the North Pole and is recognized as the coldest of all the oceans with the lowest salinity. Sealife is significantly harder to see than it is in other oceans. Researchers have to dive through the ice into the dark ocean waters. The ocean is usually covered with sea ice but is particularly bound during the winter months. Every year, since records began in 1979, the ocean ice cover has been shrinking. Scientists are continually researching what the effects of this shrinkage are going to be and what can be done to reverse the process.

The Coral Sea is a body of water rich in biodiversity. It contains the Great Barrier Reef, World Heritage Site. The sea is a famous tourist destination. It is bound by Queensland, Vanuatu, and New Caledonia. The Coral Sea is warm, stable, and often the site of cyclones.

The Arabian Sea has been home to numerous important trade routes and vital seaports throughout history. It connects to the Gulf of Aden and the Red Sea as well as the Persian Gulf. Its maximum depth is around 15,262 feet. Around the Arabian Sea coast are Yemen, Oman, Iran, and the Maldives, among other countries. There are also several islands in the sea. These include Lakshadweep Islands, Socotra, Masirah, and Astola Island.

The South China Sea is bound on two sides by South China and by the Indochinese Peninsula in the west. Taiwan is to the east. The Gulf of Thailand, as well as the Gulf of Tonkin, are both a part of the South China Sea. It is an incredibly important economic area where at least 1/3rd of the world’s shipping passes through yearly. It also contains a number of important fisheries. Scientists estimate that the sea was created around 45 million years ago. Today, it contains around 250 small islands, many of which are submerged at high tide.

The Caribbean Sea is located around Mexico and Central America to the west and southwest. To the north are the Greater Antilles, and to the east, the Lesser Antilles. The sea’s deepest point is the Cayman Trough, which reaches a depth of 25,217 feet below sea level. The Caribbean Sea is part of an area of the world known broadly as the “Caribbean.” It contains the islands the Bahamas and the Turks and Caicos Islands.

The Mediterranean Sea is one of the world’s largest seas, representing around 0.7% of the ocean surface. It is located to the south of Italy and Greece and the north of Africa. The sea is almost entirely bound in by land but connects in the west to the Atlantic Ocean through the Strait of Gibraltar. It is also connected to the Black Sea. The sea has an average depth of 4,900 feet, and its deepest point is the Calypso Deep which reaches 17,280 feet.

What are the three largest oceans?

The three largest oceans are the Pacific, Atlantic, and Indian Oceans. They are followed by several seas that are also quite large in size.

Which is larger, an ocean or sea?

Seas are smaller. They are usually located where an ocean meets land. They are also usually enclosed, to some degree, by land.

What is the largest ocean in the world?

What is the smallest ocean in the world? 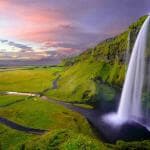