The Christmas tree worm, or Spirobranchus giganteus, is a small species of polychaete marine worm. The worm is named for two spiral structures that resemble Christmas trees.

There are more than 10,000 species of polychaete worms known to science. Types commonly seen by divers and scientists include the lugworm, clam worm, and sandwort. Some species of polychaete live in the darkest, coldest parts of the abyssal plain, while others can tolerate warmer temperates around hydrothermal vents. But, the Christmas tree worm is most commonly found around coral reefs in Earth’s tropical ocean at depths of 100 feet. It is often sought after by divers due to its interesting structure and colors.

The Christmas tree worm has a segmented body that grows to around 1.5 inches or 3.8 centimeters. It is described as having a tube-like body. It is covered in small appendages that help the worm navigate its environment. The Christmas tree-shaped spirals on the worm’s body, for which it is named, are prostomial palps, or appendages that the worm can use as mouths. This crown-like portion of the worm is made up of radioles that grow from the central spine. Some have described the worm as resembling a fir tree. The appendages are made of tentacles that trap prey. They are also used for respiration.

Interestingly, members of the Serpulidae family that the worm belongs to have another specialized structure called an operculum, that allows them to plug their tube hole when they withdraw into it.

Christmas tree worms, like other types of polychaete, are brightly colored. They can range from yellow to maroon to bright pink in color.

The Christmas tree worm is found throughout the world’s tropical oceans. The species is widespread but was once thought to live only in coral heads, but has since been found elsewhere, such as on the giant clam species. Their habitat reach has been seen from the Caribbean to the Indo-Pacific waters. The colorful marine worm tends to stay within shallow waters.

When the newborn larvae develop and settle on coral, the coral grows around the worm to form a tube. It’s here that the worm will live out most of its life. The worms’ legs or parapodia and bristles stay inside the tube while the rest is usually exposed unless it feels threatened. Generally, twice as much of the worms’ body is visible above the coral.

Christmas tree worms use their appendages to catch their prey, which consists of microscopic plants, zooplankton, organic detritus particles, and phytoplankton that float past them. They do not actively hunt. Instead, the species burrow down in a chosen spot, usually attached to coral, and wait for their food to come to them. They are considered a filter-feeding species.

To reproduce, female Christmas tree worms release eggs into the water in the same area in which males have released sperm. The eggs are fertilized and develop into larvae. The fertilized eggs then settle, as their parents have, onto coral heads, or perhaps onto a giant clam, and create a burrow where they’ll likely live for the rest of their lives.

It’s believed that these worms can live up to forty years in a healthy environment.

There are few threats to Christmas tree worms as they are of no importance to commercial fisheries. The worms are widely distributed throughout the Earth’s oceans and are not considered endangered. But, the worms do suffer from the effects of climate change, as do most marine species. As coral is depleted due to changes in ocean temperate and pollution, the Christmas tree worms lose their habitats and their means of survival. In unhealthy coral environments, their lifespan is seriously depleted.

Despite being fairly safer from human intervention, the variety of colors and unique appearance of the worm does attract photographers, aquarists, and divers from all over the planet. It can be argued that this could pose a threat if humans cause disturbances to their habitat, or capture them for aquariums or research.

When threatened by natural predators, like species of fish, the worms are capable of retracting into their burrows in order to hide.

Facts about the Christmas Tree Worm

No, despite how colorful these small worms are, they are not poisonous. They pose no threats to human beings and are not valued by fisheries or commercial fishermen.

What does a Christmas tree worm do?

A Christmas tree worm spends its life attached to coral, or in some cases, giant clams. It builds a burrow in which to hide from prey and uses its Christmas tree-shaped appendages to breathe and catch prey that floats by.

What are the Christmas tree worm predators?

Christmas tree worms are prey sought after by invertebrates like crabs and shrimp. When threatened, they can retract into their burrows (which are often twice as deep as they are long) and hide.

Christmas tree worms, unlike other members of the Serpulidae family, live at relatively shallow depths—around 100 feet. Other tube worms can be found far deeper, enduring the cold or heat of the abyssal plain.

Why is it called Christmas tree worm?

The Christmas tree worm takes its name from the shape of its crown-like appendages. These colorful spirals that protrude from the worm are used to capture food and respirate.

Although they have a mystical name, the Christmas tree worm is far from extinct. It is found all around the planet on coral reefs and shallow waters. In terms of its potential for extinction, it is dependent on its habitat, so if this was destroyed, it could be under threat. As of now, it is thriving. 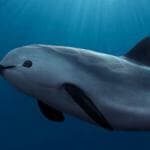 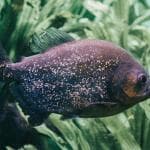