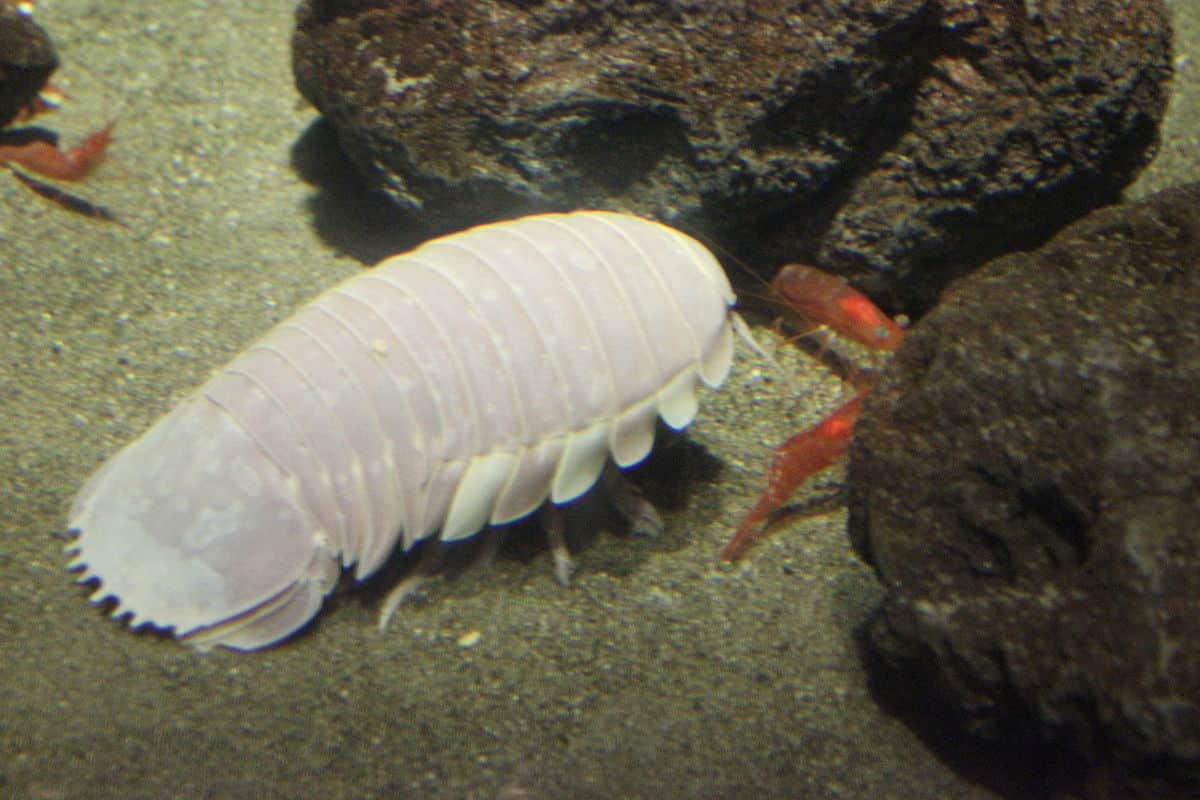 These interesting deep sea creatures live in the Atlantic, Pacific, and Indian oceans. They prefer cold and deep waters and are noted for the resemblance to a woodlouse or pillbugs, although far larger. Unfortunately, due to the depths at which the giant isopods live, little is known about them. The giant isopod is from the genus bathynomus, order isopoda, and the group of crustaceans. These crustaceans are distantly related to shrimps and crabs.

The adults of the species are usually between eight and 15 cm or 3.1 and 5.9 inches long. But, the “supergiant” members of one or more as pod species can grow to be nearly 20 inches long. One specimen discovered was reported to be as long as 30 inches. But this is an unconfirmed report. The largest species of giant isopod is the Bathynomus giganteus. Another notable species of bathynomus is the bathynomus yucatanensis, which has a long history of misidentification of species. The giant isopod is the epitome of deep-sea gigantism, as it is far larger than pill bugs or other relatives. Similar to giant squid, the extreme pressure, colder temperatures, and lower food availability, the deep ocean causes adaptation of body size.

Commonly, the giant isopods are compared in appearance to the woodlouse. They can curl up into a ball, hiding their vulnerable undersides and only exposing their tough shells that are pinkish or pale tan in color.

The creatures have a hard shell over most of their bodies, large eyes, and two pairs of antennae. Their antennae are quite long. The large antennae is a feature that has adapted due to the lack of light at the depths in which they live. They have seven pairs of legs, the first used to bring food into their sets of jaws (of which they have four). They are separated into five parts, called pleonites. Each has a pair of swimming legs and a specific respiratory structure that acts as gills. They have compound eyes with around 4000 individual facets.

Most species are similar in size, color, and structure. The best way to tell them apart is through the shape of the spines on the tail and other structural differences.

Isopods are scavengers. This means that they eat what they can find, usually left parts of other, larger animals’ prey. They spend most of their time on the ocean floor, waiting for leftover food to fall from higher up. This includes everything from small pieces of food, like crab, to leftover pieces of whale falls and animal carcasses. Interestingly, there are reports of isopods going incredibly long times, up to five years, without food. This is a skill that likely developed due to their scavenger lifestyle. They may have adapted to the fact that food is at times limited.

These marine invertebrates live in the cold waters, in the benthic region of the Atlantic, Pacific, and Indian oceans. They were four Atlantic species of isopod, ranging from the state of Georgia down into the Gulf of Mexico in the Caribbean. But, the majority of the specimens live off the coast of eastern Australia. Scientists also suggest that there may be groups of isopods that they are not aware of.

The creatures can live up to 2500 m or 8200 feet below the surface of the water, but one species has been living in shallow waters of 980 feet.

Peak reproductive time for the deep-sea Isopod is during the spring and winter. The females develop what is known as a brood pouch that is formed by overlapping plates, that contain their eggs. The young emerge from this pouch or marsupium, and juveniles are known as “mancae.” They are fully developed and resemble adults, except in size. These sea creatures do not go through a larval stage.

Giant isopods are not at threat from commercial or game fishing. They are sometimes sought after for display in aquariums but are not eaten in any significant quantity. They do not have natural predators due to their size and habitat. Their hard exterior shell makes it hard for any larger predator to attack and eat them. Plus, there is little meat on their bodies to make the effort worth it.

Facts about the Giant Isopod

Can you eat giant isopods?

Technically, yes. But, there is little meat on their bodies, and they are hard to come by. It’s best not to seek out this kind of meal despite the animal’s interesting appearance.

Can giant isopods be kept as pets?

Yes, but they are quite large. This means that you would need to have a very large aquarium and enough resources to continually care for these unique animals. The larger the marine creature, the more difficult their setup can be.

Can a giant isopod hurt you?

No, isopods are not harmful to humans, whether they are small or large. They are scavengers and do not actively hunt their prey. They have to wait for scraps of food to fall from higher levels of the ocean in order to eat.

Yes, technically, these animals do bite. But, they are not interested in humans and pose no threat. Additionally, they live at incredible depths, areas of the ocean that human beings do not frequent.

How long do isopods live for?

Scientists believe that the average lifespan isopod is around two years. But, there have been examples of these marine creatures living for as long as five years.

Giant isopods are not on the IUCN Red List for endangered animals currently. They are not a species that is particularly affected by fishing and other human activities. However, they are a fairly rare creature to come across. 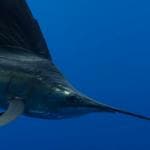 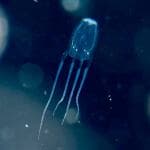