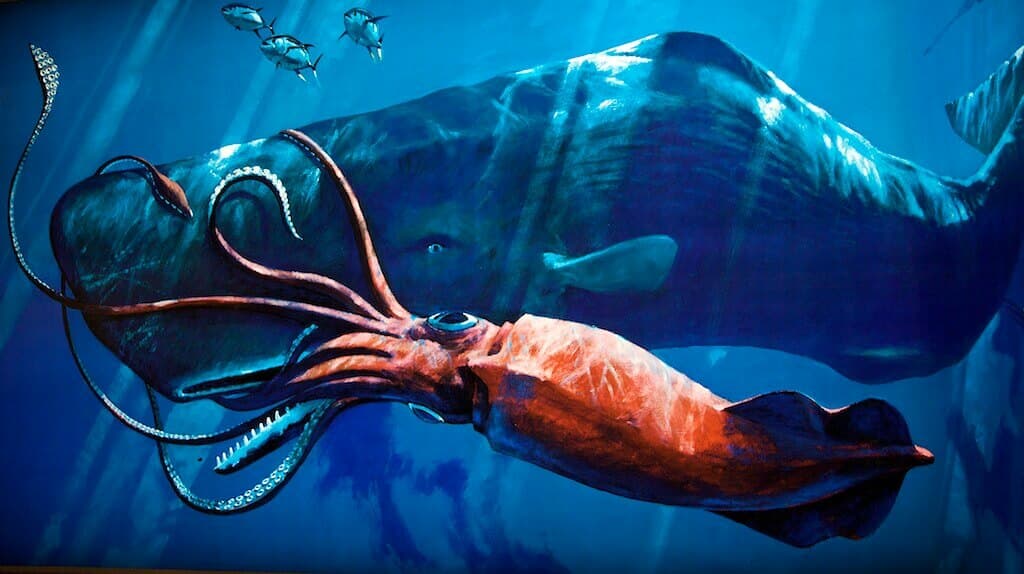 The giant squid is one of the largest squids in the world, which is where it gets its common name from. The longest length ever recorded for a giant squid was about 43 feet long, and could have weighed nearly a ton. It is found worldwide but rarely in tropical and polar areas. They can wash up on beaches, and that is how most information has been recorded of them for years, but they live naturally very deep in the ocean.

The giant squid has been notoriously elusive due to the vastness of the ocean and the depths at which they live. However, after years of searching for the beast, a group of scientists filmed a giant squid in its natural habitat in 2012 for the very first time. The first time it was ever recorded alive was in 2006, after a research vessel off the Ogasawara Islands baited and hooked one of the giant squids.

The giant squid is a very large cephalopod that can grow up to forty-three feet (thirteen meters) in length. Most of the length comes from their feeding tentacles, which can snatch prey up to thirty-three feet away (ten meters). The tentacles shoot out and are tipped with hundreds of suckers covered in sharp teeth.

The feeding tentacles typically make up most of the length of a giant squid and usually double the total length of a giant squid from its mantle. The squid has eight arms, along with the two feeding arms, and a beak inside its mantle, which is the main body of the squid. After the squid bites through its prey, it continues to cut up prey with a radula inside the squid’s beak. The radula is a tongue-like organ that is covered with even more rows of teeth.

The giant squid’s eyes are huge, they are about the size of dinner plates. At one foot in diameter (thirty centimeters), this makes them the largest eyes in the entire animal kingdom, according to the Smithsonian. These huge eyes make it easy for the squid to absorb light than smaller squid would. This makes it easy for the giant squid to spot predators or bioluminescent prey in the dark of the deep ocean.

Giant squid can be found in many places worldwide but appear to avoid tropical and polar waters. They live at extreme depths, around 1,650 feet (500 meters) to 3,300 feet (1,000 meters) deep. The water at these depths can be described as “inky black” and “icy cold.” Giant squid frequently washes up on shores around the world, especially in New Zealand, Polynesia, and the North and South Atlantic along coasts. Due to this, it appears the squid prefers continental and island slopes, according to Dr. Clyde Roper.

Since the natural habitat of the giant squid is so deep in the ocean, scientists have not yet witnessed a giant squid feeding. However, scientists have cut open the stomachs of dead giant squid that have washed up on beaches and investigated the contents. Contents of the stomachs of these investigations include prey like deep water fishes and other squids, even other giant squids. They are known to attack schools of fish from below by quickly flying up toward the fish, grabbing some to eat, then running away to the deeper depths. This is typical behavior of ambush predators like giant squids.

It is believed that giant squid only reproduces once in their approximate five-year lifespan. Male giant squids do not reproduce like other squids, which use a modified arm to transfer sperm. Male giant squids expel a spermatophore (sperm packet) out through the funnel once it comes across a female. This sperm packet is injected directly into the female’s arms. After this, it is not entirely known what occurs. However, researchers believe that the sperm packet triggers the female squid to release eggs that are held in her arms and move toward the packet to become fertilized.

Facts about the Giant Squid

Not, but they are the most likely living creature to have inspired the modern notion of the Kraken, or other giant cephalopods that attack boats.

While extremely rare, there are accounts of giant squids attacking boats, the most recent being in 2003.

When was the first living giant squid photographed?

In 1874, a giant squid was draped over a bathtub for the photo and was the property of Reverend Moses Harvey of Newfoundland.

What color is the giant squid?

Many photographs show it to appear red or reddish, especially when it is near the surface, but many squids are known to change their color at will.

What is the scientific name of a giant squid? 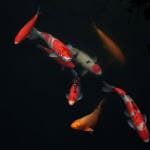 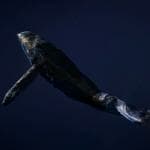