Zeus Saber, commonly known as the John Dory fish, is found along the coastlines of Africa, Asia, New Zealand, Australia, Japan, and Europe, except for the Americas.

The most notable aspect of this fish, alongside its unique appearance, is the many names that it has received around the world. The origins of the name are thought to be from multiple sources, such as mythic ballads and biblical stories.

Sometimes being named after the patron saint of fishing which story has it that St. Peter’s fingerprint may be seen as a black patch on the fish’s flank. Either way, it makes for interesting conversation debating its name origins.

John Dory fish have enormous heads and big jaws on tightly compressed, plate-like bodies. On either side of the body, there is a black-brown patch enclosed by a yellowish ring. They range in color from silvery to olive green. John Dory fish frequently have darker, wavy markings on their bodies. Its scales are really tiny with spiny, dark fins. Considering its physiognomy, the John Dory fish is a mediocre swimmer at best.

The John Dory is an active predator among fish. Smaller fish, particularly schooling fish like sardines, are the main diet of the John Dory. It occasionally consumes cuttlefish and squid, and in some cases, it feeds on crustaceans as well. Since it’s pancake-shaped, the prey doesn’t see it coming from the front as it is too thin to be spotted.

The John Dory stalks its victim before stretching its jaw forward in the shape of a tube to suck the fish in using a small amount of water. The primary tooth-bearing bone in this fish, the premaxillary, is intended to process the food before the water is drained through the gills.

In terms of location, you can find John Dory fish anywhere except the coasts of the Americas. It inhabits a large depth range, from 15 to 1200 ft, and often hangs out close to the seafloor on both soft and hard bottoms. In the environments where they reside, John Dories are medium-sized carnivores.

John dory is thought to have a sparse local spread and may be found in a range of environments, including plain sand, muddy fields, rock formations, and reefs. Depending on their hues, they can possess the ability to camouflage to their environments to hide from bigger predators.

John dory matures sexually between the ages of three and five. Throughout the spawning season, John dory reproduces often. This takes place near the winter solstice. It spawns by a process called substrate scattering, in which females randomly disperse their eggs on the ocean bottom while males release their sperm in the same area to fertilize the eggs externally.

This species’ individuals don’t build nests or take care of the eggs in any way. The eggs of the John Dory and other fish species that spread their eggs on the substrate do not float, in contrast to the eggs of species that reproduce through broadcast spawning.

John Dory fish is not the biggest of their environments and are often prey to large bony fish, sharks, and perhaps dolphins. They don’t possess any poisonous properties or particularly sharp protrusions to meaningfully protect them from larger predators and often hide or rely on their body shape to camouflage in the environment.

Although the state of its conservation is unknown at the moment.  However, bottom trawling, a practice that is well-documented to cause significant harm to seabed environments, is used for hunting this species. In order to prevent irreparable harm to the habitat of this species, it is crucial to properly regulate the fishing efforts for John Dory.

Facts about the John Dory

What is the story of John Dory?

The John Dory has a black “thumbprint” on the side of its body and is a strikingly compressed, silvery fish. The biblical account in which Peter presents a fish to Jesus is referenced in the popular term “St. Peter’s fish.”

In the US, wild John Dory is a distinctive fish that is hard to come by. This strange-looking fish sticks out because it appears to have no near relatives.

How fast can a John Dory swim?

John Dory’s precise speed is unknown. Although their swimming pace is considered to be poor, their ability to blend with their surroundings makes up for this shortcoming.

What is the purpose of the dark spot on John Dory’s body?

The dark spot on the body of a John Dory fish is thought to have deterring effects on larger predators. There’s a chance that when a bigger predator encounters a John Dory, the dark spot makes them look aversive, mimicking a sort of spike ball. 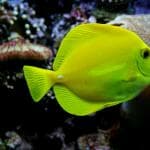 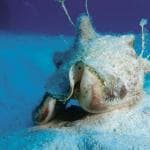