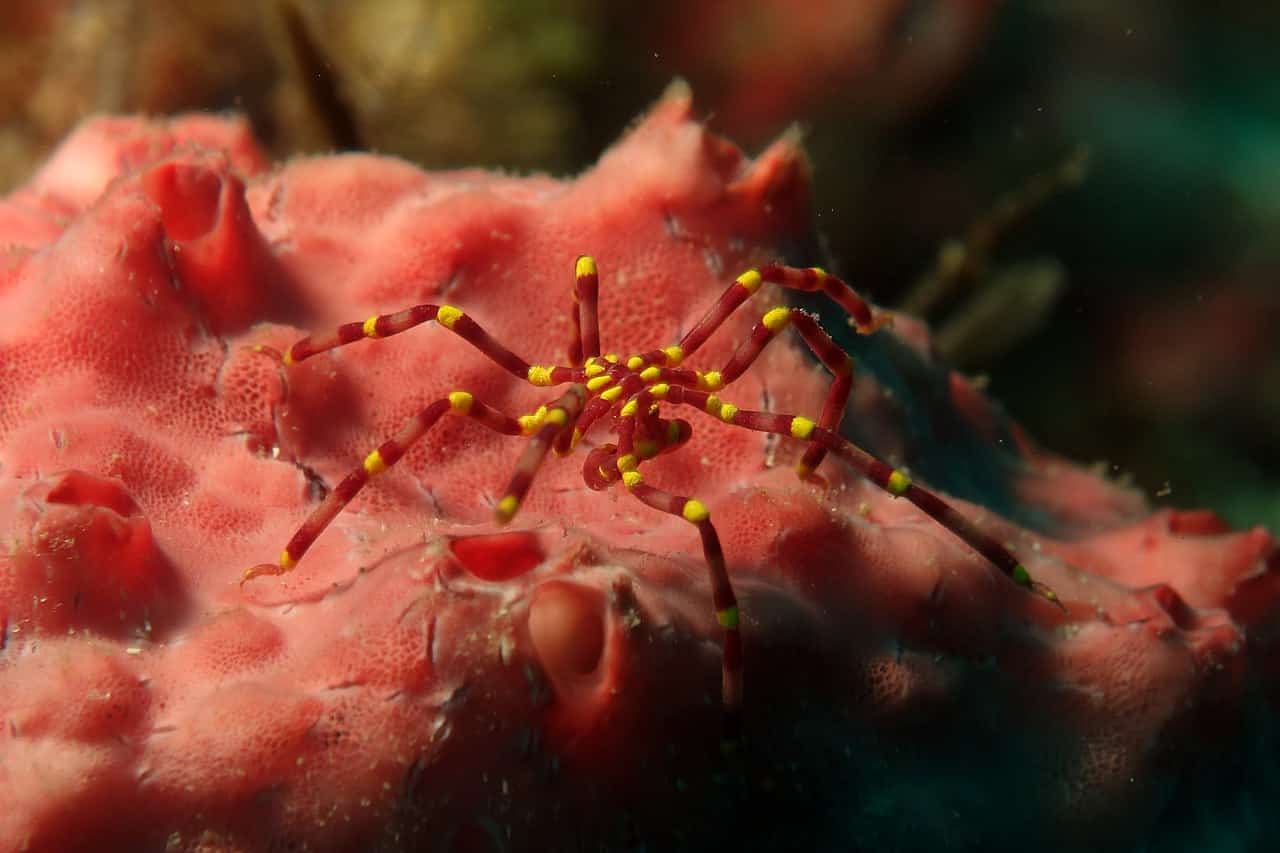 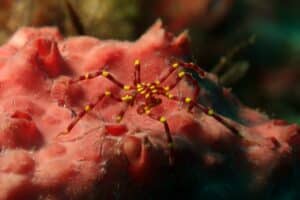 The sea spider is an arthropod that can survive in every sea and ocean in the world.

Although you might associate sea spiders with the arachnid that we see on land, sea spiders actually are not part of the same family. They are actually marine arthropods from the pycnogonids. Although they are arthropods and not traditional spiders, they have far more in common with the house spider, than crustaceans or insects. The sea spider varies widely across its 1300 species, growing anywhere from 1mm to 70cm in leg length.

The traditional appearance of the sea spider is that of long legs and a small body. Across the many species of sea spider, the leg count varies from 4 – 6 pairs. Sea spiders operate without a respiratory system that we are used to, instead, they use their legs to take in vital gasses, such as oxygen. They also utilize a proboscis, which enables them to digest soft-bodied invertebrates via a sucking mechanism. Some species of sea spiders are so tiny that the muscles on their exoskeleton are made of just a single cell. The legs of sea spiders also contain their guts and genitals, which makes them very unique.

The sea spider is both a predator and a scavenger, feeding on many coral-based lifeforms and aquatic worms. These include Cnidarians, sponges, polychaetes, and bryozoans. They also can act as parasites on sea anemones, with the anemone becoming the host. Sea spiders are very adaptable predators, using their long legs to walk on the seafloor, or floating on the surface like an umbrella, allowing them to access different areas and thus different prey.

The habitat of the sea spider is universal, spanning every ocean and sea on the earth. Some of these include the Pacific Ocean, Mediterranean Sea, and the Caribbean Sea, they can even be found in the seas of the north and south pole. These creatures tend to be found on rocks and corals in shallow waters, normally using the rocks as camouflage. However, seas spiders do inhabit deeper waters, sometimes living at a depth as 7,000 meters, or 23,000 feet.

Apart from one hermaphroditic species, the majority of sea spiders reproduce in a traditional separate sex system. The males possess reproductive organs in the form of testes, while the female sea spider has ovaries. It is the male that cares for the eggs and the young once they have been fertilized.

In terms of threats to its survival, the sea spider has very few, as seen in its adaptation over the millennia, forming many different branches and variations of the species. However, as many exist in coral-based habitats, the overall health of the coral reefs has a direct impact on their population. With coral reefs being affected by man-made causes, sea spiders may eventually have problems. As for now, they are thriving in many parts of the world.

Although many sea spider species may seem like they could be a threat to humans, none of the sea spider species are poisonous or dangerous to humans. It is believed that some species have the ability to inject venom into humans and other animals, but similar to many house spiders, the venom is not powerful enough to have a significant impact on the human body. Although the thought of a giant sea spider coming towards you is not a pleasant one, rest assured it is about as much of a threat as a horseshoe crab.

Facts about the Sea Spider

Sea spiders are very real sea creatures. They are so real that they occupy nearly every ocean on earth, and have thrived. There are currently 1300 different species of sea spider.

Sea spiders are considered very benign creatures and will not bite, as their mouth, or proboscis is a sucking mechanism rather than a jaw.

Is a sea spider a crab?

Sea spiders are not crabs despite being arthropods. They exist within their own classification, Pycnogonida.

What is the largest sea spider?

Colossendeis colossea is classed as the largest sea spider on the planet, with a spectacular 70cm leg span. This was recorded by scientists in 1881 and is currently in the Guinness World Records. 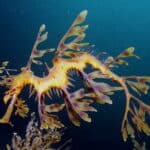