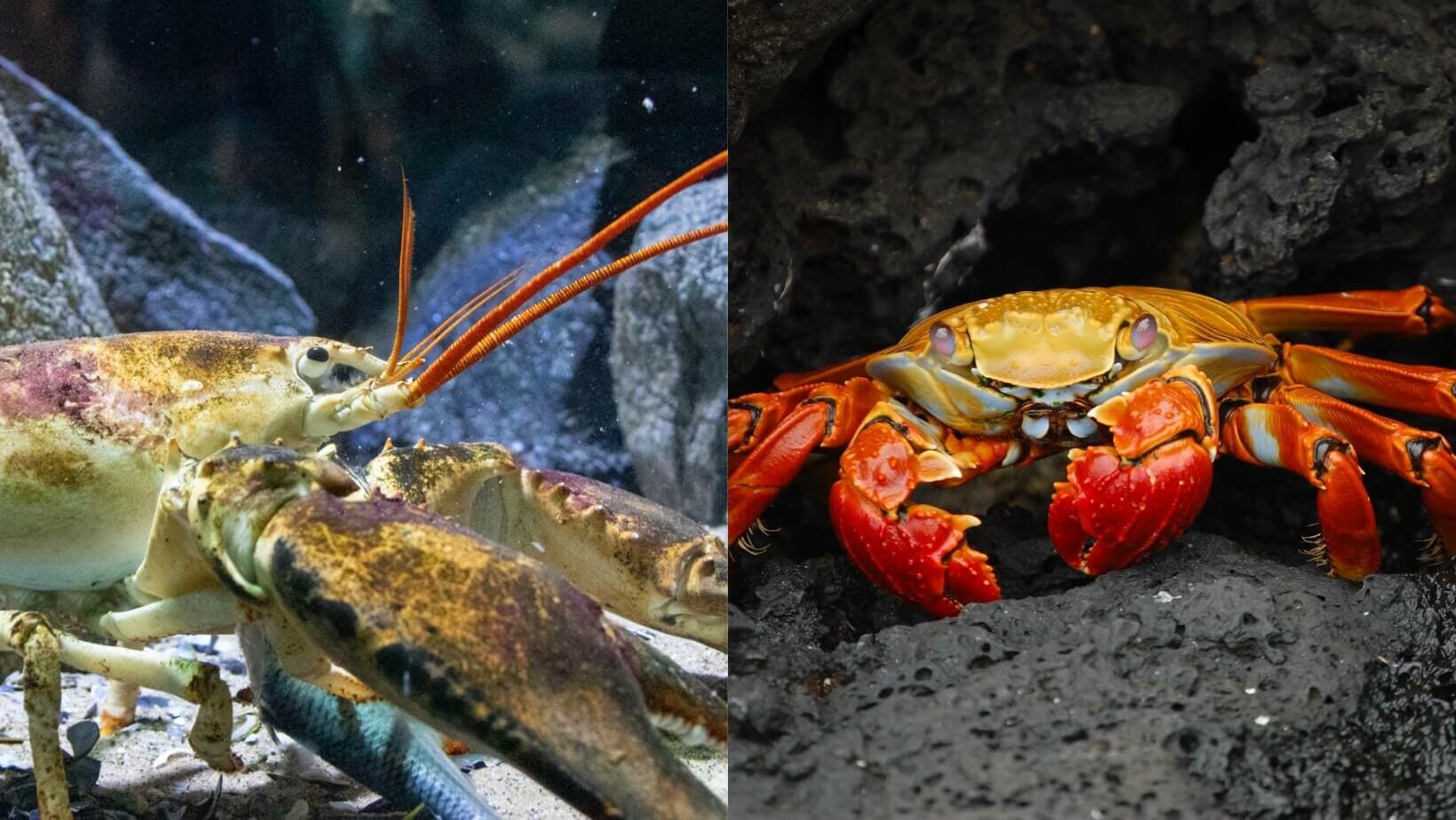 Both of these marine animals are part of the crustaceans and are well known for their contribution to seafood cuisines worldwide and culture in general. These species are extremely abundant, inhabit every ocean in the world, and play a significant role in the oceanic ecosystem.

Main Differences Between a Lobster and a Crab

Lobsters are a type of marine crustacean of the family Nephropidae. The well-known creature is highly regarded within the culinary world due to its elongated body and muscle-filled tails.

The common size range is between 25-50cm or 10-20 inches long. However, some have been seen to reach 3.5 feet, with the smallest species measuring 55 millimeters.

They are eight-legged creatures, which they use for mobility, and they have two sets of claws.

The lobster is a blue-blooded animal. This is caused by the high levels of copper in their blood. They share this trait with various other invertebrates, such as spiders and snails.

Lobsters are a species of invertebrates, meaning that they have an exoskeleton. Due to the rigidity of their thick exoskeleton, in order to grow in size, shedding and subsequent rebuilding of the skeleton occurs. This process does not come without its risks, however, as during this period, the lobster is exposed to outside threats without its ‘shield.’ This period of transformation also included color changes. Normally, they are dark in color, with a typical blueish hue.

Female lobsters are distinguishable from males by their tails. Males have straighter tails, while females’ tails are wider and curved.

The lobster tends to locate itself near the ocean floor, finding holes and crevices to call its home. They are found worldwide, occupying every sea and ocean in the world. The reef lobster, for example, occupies rocky reefs in the Indo-pacific region.

They generally search for rocky and sandy areas in which they can shield themselves from the treacherous open ocean.

The lobster moves around in its environment by traversing the ocean floor, normally at a slow speed. It is only when they are under threat that they can reach speeds of up to 11mph, swimming backward.

Lobsters are not fussy eaters by any stretch of the imagination. As omnivores, they have varied diets. They ordinarily feast on fish, other crustaceans, mollusks, seaworms, and a variety of marine plant life.

Don’t forget their dark side. As instinctive scavengers, when in captivity and left without food, they won’t hesitate to engage in cannibalism.

The obvious threat that faces the lobster is the demand for its meat. As a very profitable commodity, fishermen worldwide seek out the pricey lobster on a daily basis. Traps are set for the lobster on the sea floor.

There has been some controversy surrounding the way in which lobsters are prepared in certain cuisines. Chefs have been known to boil them alive, which has since been banned in areas of Italy and in Switzerland.

If lobsters manage to avoid human intervention, they commonly have a lifespan of 45-50 years in the wild.

The crab is a type of decapod crustacean. Unlike the lobster, the crab has a small tail that is hidden within its exoskeleton. The vast majority of crab varieties have a rounded abdomen. One of the most common images of a crab people see is that of the king crab, which is also sought after for its taste and flavor.

The range of sizes between the many crab species is extremely wide. at the lower end of the spectrum lies the incredible Pea Crab, which is only a few millimeters long, whereas the humungous Japanese Spider Crab can reach sizes of up to 12.5 feet leg span, or 3.8 meters, from claw to claw.

Female crabs vary from male crabs in their body shape. Females have wider abdomens, while males are more triangular in shape. They both have five pairs of legs.

Crabs are found in nearly every type of water body in the world. From oceans to freshwater, and can even be found on land. A great example of this is the rock crab, which is commonly seen on rocks that sit both in the water and on land.

The theme of variety doesn’t just stop with its habitat. The crab has a broad diet, and this allows them to adapt to many different environments. Like the lobster, the crab is an omnivore and will eat nearly enough of anything it desires. Despite feeding mainly on algae species, other crustaceans, worms, mollusks, bacteria, fungi, and plant detritus.

Some species are more selective with what they eat, however, as they will target plankton, fish, clams, and other sea species.

Similarly to many crustacean species, and in particular the lobster, the crab is constantly under threat from commercial fishing. An exorbitant 1.5 million tonnes of crab are caught each year in order to supply the demanding seafood trade.

Are lobsters and crabs the same?

No, they are very different creatures. Despite both being crustaceans, the lobster has a longer, narrower body, while the crab is wider and more rounded. Lobsters are mainly underwater, whereas many crabs can come to land.

Despite many chefs around the world choosing to boil lobsters alive. Scientists and researchers have determined that lobsters do indeed feel pain, alongside other species such as crabs and octopus.

Crabs are part of the crustaceans. This group of animals are invertebrates and are actually very close to arachnids and insects.

No, like the crab, the lobster is part of the crustaceans. These are invertebrates that are more like insects rather than fish. 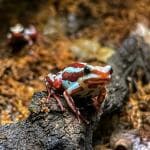 11 Cute Frogs You Will Love (with Pictures) 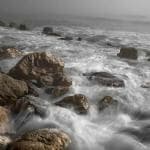 The 6 Major Ocean Currents of the World