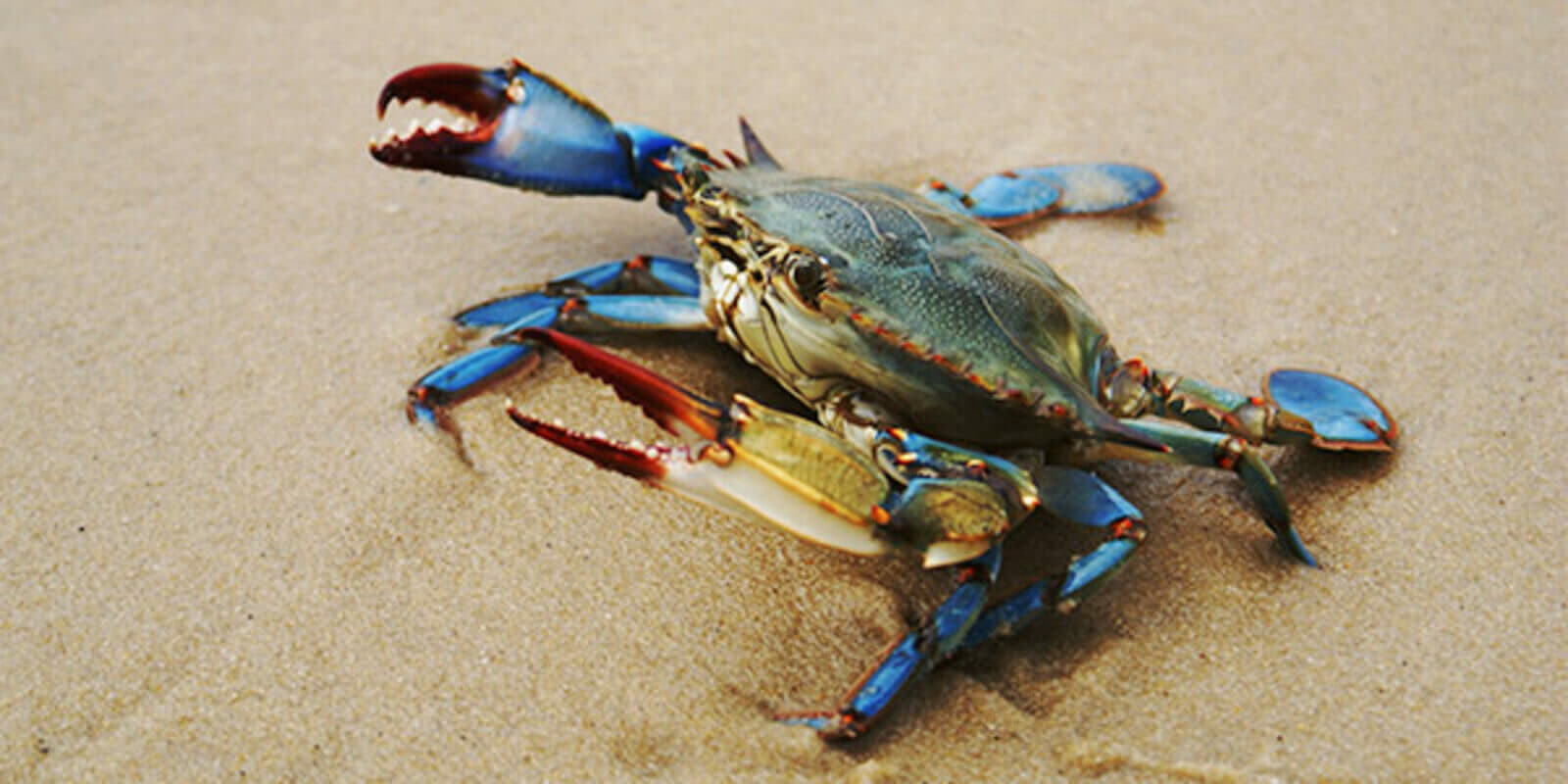 Blue crabs, also known as Atlantic or Chesapeake blue crabs, are highly sought-after shellfish commonly found in the Atlantic and the Gulf of Mexico. Their scientific name is the Callinectes sapidus, which means ‘beautiful savory swimmer’ when translated from Latin. They are commonly called ‘Blue Crabs’ due to their blue-tinted claws.

These precious sea animals are known for their sweet meat, often used in dishes like crab cakes, crab bisque, and seafood chowder. Because of the high demand and other factors, the blue crab populations vary significantly from year to year. This article covers all the essential elements you need to know to conserve blue crabs. In other words, whether you’re a seasoned environmentalist, seafood lover, or just curious about these fascinating sea creatures, there is something here for everyone.

Blue crabs have a broad, triangular-shaped carapace (shell) that ranges from blue to olive green. They can reach up to nine inches across.

What’s more, blue crabs have five pairs of legs, with the front pair ending in large bright blue claws. You can use the claws to distinguish males from females, and the mature females also have red tips on their claws. At the same time, the claws of male blue crabs are larger and thicker.

Blue crabs also have a unique feature commonly referred to as an apron that covers the animal’s entire body. Better still, you can also use it to distinguish gender. The females’ aprons are wider, but the males’ are thinner, which is why most people in the Chesapeake Bay commonly refer to the females’ aprons as the Capitol dome while the males’ as the Washington Monument.

You can also identify a blue crab by looking at its specially adapted hind appendages. With rear appendages shaped like paddles, these marine animals can swim safely for long distances.

Blue crabs can feed on almost anything that comes their way. They enjoy mussels, smaller blue crabs, snails, fish, carrion, a wide variety of plants, and more. Given that these animals are excellent swimmers, they hardly struggle to find small animals they can feed on at any time.

Blue crabs are found in various coastal habitats, including estuaries, marshes, and mangrove swamps. They are bottom-dwellers and use submerged grasses as shelter during mating and molting, a nursery habitat for their young ones, and a food source.

In particular, blue crabs are found mainly along the Atlantic Coast from Nova Scotia to Argentina, including the entire coast of the Gulf of Mexico. Their distribution largely varies depending on the season, sex, salt concentration, and age. For example, during warm weather, these sea animals are abundant in shallow-water areas. Nevertheless, most burrow into the sediment in the deeper ocean parts during the winter.

Female blue crabs mate once in their lifetime, after which they produce millions of eggs. During mating, the animal’s abdomen changes from triangular to semicircular. The females carry them in a particular belly called a ‘sponge’ until they hatch. After hatching, the young blue crabs, called ‘zoea,’ begin to swim freely and fend for themselves.

Males often mate several times during their lifetime and undergo no significant changes in morphology.

Humans value these wide-ranging, ten-legged crustaceans for their sweet, tender meat, and that’s why they are among the most heavily harvested sea creatures today. So, unless fishers start using sustainable fishing methods today, we might continue to expose them to extinction.

Changes in environmental conditions are the leading cause for the fluctuation of the blue crab populations, especially in the Chesapeake Bay in the US. Between the mid-1990s and 2004, the population of these ten-legged creatures dropped from 900 million to about 300 million.

According to an Annual Advisory Report, part of the reason for this decline is using unsustainable fishing methods. Initially, fishers used simple techniques and gear such as hand lies and push nets. Today, the trotline is among the many pieces of types of equipment used in the world’s oceans.

Many people like how blue crabs taste, and fishers overharvest to meet this need. They have a rich, sweet, succulent, and buttery flavor. The blue crab’s body meat is delicately flavored. On the other hand, claw meat is nutty. What about the shells? You can also eat the soft blue crab shells, which offer a crunchy texture.

What part of blue crab is not edible?

While many parts of the blue crab are edible, you must be careful when preparing this meal to avoid obvious mistakes. You have the freedom to choose the features that you want. However, most people agree that the gray gills are inedible. They are also referred to as the dead man’s fingers and are located on both sides of the crab. So, for a better experience, you should discard them along with the internal organs.

Can a blue crab bite you?

Yes, blue crabs can use their powerful pincers to defend themselves. They use their claws to find food, but if you threaten their safety, you can be a victim of their sharp and firm grip, which is often so painful. Many people who a blue crab has pinched can confirm that they can’t imagine ever having the same experience again.

How rare is a blue crab?

The blue crabs’ population has constantly been reducing for the last few decades. Human activities like pollution and overfishing are responsible for this unwelcome trend. Adult blue crabs also escalate the problem as they feed on their young ones. However, since each of these sea animals produces millions of eggs and safely takes care of most of them, we don’t consider them a threatened or endangered species.

How old is a 5-inch blue crab?

The age of a 5-inch blue crab depends on the water salinity and other environmental factors such as temperature. Five inches is the harvestable size, and blue crabs should reach it within 12 months. If the weather is cold, they can take a few more months. During the adult life of females, they remain in the estuary, though in a little higher salinity water. 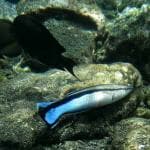 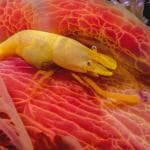