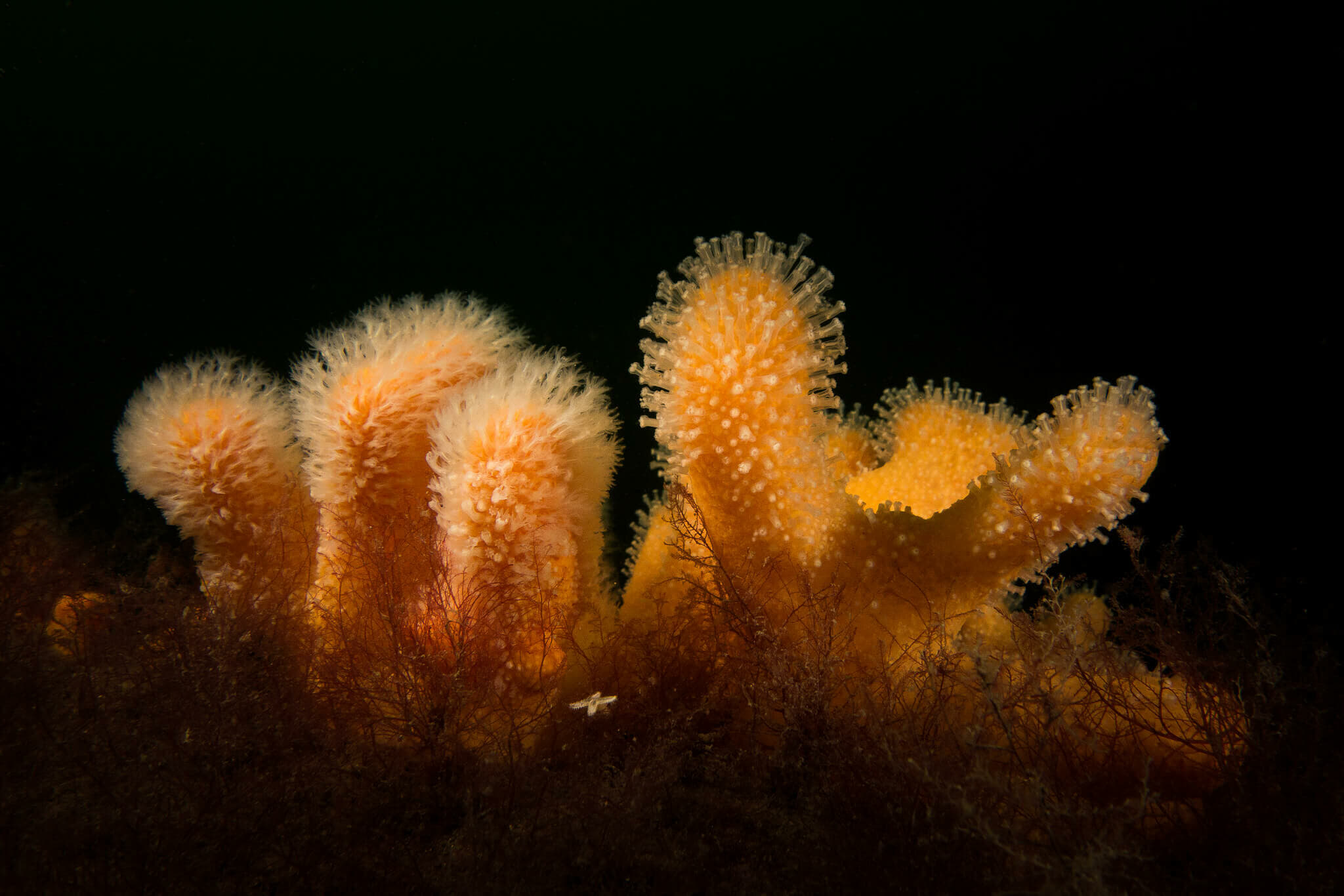 Alcyonium digitatum, commonly known as Dead Man’s Fingers, is a small soft coral made up of individual polyps which can be seen extending from the coral skeleton while feeding.

Although they come with a gruesome name and have a close resemblance to a drowned hand, these corals are fascinating and are a wonder to spot scattered among coral reefs.

That said, we can further investigate the physical appearance of Dead Man’s Fingers to identify them accurately.

These finger-like lobes are often larger than 20mm in diameter.

In younger colonies, these fingers can be seen forming crust-like substances about 55mm – 10mm thick.

Dead Man’s Fingers can be found in white or orange colonies that can reach up to 200mm in height and breadth.

It is also possible to observe this coral displaying a red or brownish color during inactive periods where the polyps have been withdrawn.

Alcyonium digitatum prefers to grow in an area of strong water movement and good sunlight where algae can easily thrive.

Here they attach and grow themselves on bedrock, boulders, stones, and occasionally the shells of crabs and other shelled creatures such as snails and mollusks.

Dead Man’s Fingers are usually found in the sublittoral zone (the relatively shallow part of the ocean before the continental shelf) down to approximately 50m, although they have been spotted in small numbers at depths of up to 100 meters or more.

These soft corals can be found along the Atlantic coasts of northwest Europe, ranging from Portugal to Norway, concentrated around the coasts of the U.K., Scotland, and Ireland.

This species also occurs in lesser numbers along some parts of the Canadian coast, as well as the northeastern coast of the U.S.

Dead Man’s Fingers are among some of the most reproductively diverse known invertebrates.

In most cases, colonies are either male or female, although in some cases (less than 1%), a colony is hermaphroditic, producing both ova and testes, which are fully functional.

The earliest onset of sexual maturity is in the second year, although in some colonies, this can be delayed to the third year or later.

Gametes (the animal’s reproductive cells) begin to develop in December and January. Both male and female sexual organs grow at their own rates until the following winter (roughly December time).

Gametes are released into the water and are externally fertilized. The embryos are buoyant and float for approximately seven days before settling down and changing to polyps.

Dead Man’s Fingers commonly feed on Phytoplankton and zooplankton through a process of filter feeding.

As currents move water along, plankton and oxygen are filtered out by the coral’s polyps where the nutrients are ingested.

Two of Dead Man’s Finger’s main predators include the nudibranch and the sea spider (Pycnogonum litorale).

Nudibranchs represent a diverse array of colors and shapes and are one of the most loved creatures in the ocean. These sea slugs slide along and gnaw on dead man’s fingers, much like land slugs gnaw on their favorite leaves.

The sea spider sucks out liquid from the coral. The spider’s proboscis is inserted into the soft coral, and some of its body fluid is sucked out.

This means the sea spider could be considered to be a parasite as opposed to a predator.

Dead Man’s Fingers is not an endangered species, although it does stand the same threats as other coral, namely its high susceptibility to global climate change and human intervention.

As coral grows in a specific and small range of water temperature, these corals face the risk of dying due to increasing sea temperature.

Furthermore, increasing sea levels could leave Dead Man’s Fingers colonies too far below surface level to provide sufficient light for the required algae, thus potentially leading to starvation due to lack of photosynthesis.

Lastly, as sea conditions change, so do the currents. As Dead Man’s Fingers prefer fast-moving waters, any change in these conditions could limit the amount of food and oxygen available to a colony.

Although their defense mechanisms are not extensively documented, it is known that methanol extracts from Dead Man’s Fingers contain substances that deter feeding from the Dover sole.

Which order of coral is Dead Man’s Fingers part of?

Research has shown that young colonies (10 – 15 cm in height) range from between 5 and 10 years old. As colonies mature, they can be expected to live well over 20 years, with some being followed for up to 28 years in specific locations.

Dead Man’s Fingers typically reach a max size of 20 cm in height and breadth, with their polyps reaching only 5mm in diameter.

Does Dead Man’s Fingers have human Use?

In the past, Dead Man’s Fingers were used as a packing material to transport live marine cargo. However, today the only use for the coral is for hobbyists that keep marine fish and coral tanks. 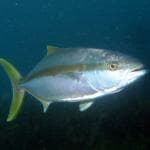 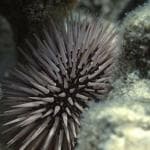