The narwhal is one of two members of the family Monodontidae (along with the beluga whale). The whale spends the entire year living in the waters of the Arctic Ocean. The males of the species are distinguished by a single tusk on their faces.

As one of a few species of toothed whales, the narwhal communicates through clicks, whistles, and knocks.

The narwhal was one of the many species described in Linnaeus’ 1758 10 edition of Systema Naturae. The name “narwhal” comes from the Norse word “nár,” meaning “corpse.” This is a reference to the animal’s white-grey coloring and its mottled spots. It bears, some believed, a resemblance to a deceased sailor’s body. The whale also has a habit of lying on the surface of the water and floating with the current, something that adds to the other all corpse-like appearance, according to Fisheries and Oceans Canada.

Narwhals are best-known for the helical tusk that grows from the center of their faces. This is, in reality, an elongated canine tooth. The whales are medium-sized with a body size between four to five and a half meters and thirteen to eighteen feet. The males are slightly larger than the females, but not significantly.

Their tusks, which grow throughout their lives, feature a left-handed helical spiral. They can reach lengths of up to ten feet. But are usually closer to five or six feet in length. Rarely, female narwhals grow a tusk (around 15%). Even less common than a tusked female narwhal is a male narwhal with two tusks. Take a look at the picture below as an example of a doubled-tusked narwhal collected in 1684. Amazingly, this narwhal was also female.

These whales are found primarily in the Arctic Ocean off Canada, Greenland, and Russia. Yearly, they migrate from bays along the shore out into the deeper ocean waters during summer. During winter, they can be found diving to depths of up to 4,920 feet. Their seasonal migration includes narwhals returning to well-loved areas, usually in shallow waters, where they spend the summer.

Narwhals tend to congregate in groups of five to ten, sometimes more. These groups are sometimes composed of only females and young and are described as nurseries. In some cases, during the summer months, groups combine, creating aggregations of between 500 and 1,000 narwhals.

Usually, narwhals feed on specific fish. This includes Greenland halibut, Arctic cod, cuttlefish, and shrimp. Some other examples include skate eggs, wolffish, and sometimes even rocks. These are believed to have been accidentally ingested while feeding near the ocean floor. They feed on prey beneath the ice pack during the winter. This uses much of the energy they took in during the summer.

Scientists believe that narwhals feed by swimming toward prey and then using force to suck the fish into their mouths. Their tusks are used to tap and stun small fish rather than as a method of skewering their prey, as the shape of the tusk may suggest, according to How Narwhals Use Their Tusks by Adam Ravetch.

These unique whales become sexually material at around eleven to thirteen years old for males and five to eight years old for females. The whales can live up to around fifty years.

Some scientists believe that some beluga whales and narwhals interbreed. This is an incredibly rare occurrence and was bolstered by a strange whale skull discovered in 1990 off the coast of Greenland. It had features that placed it midway between a narwhal and a beluga whale.

Unfortunately, one of the most common ways that narwhals die is through suffocation. They may become trapped under the sea ice as the pack ice shifts. Starvation is also another common way these whales lose their lives.

The narwhals were hunted for years by native populations. Their meat was and still is, harvested for food and their tusk for ivory. Today, the hunt is far more regulated than it once was.

Orcas are one of the narwhal’s primary predators. Today, narwhals are classified as “nearly threatened” by the IUCN. Population estimates fell as low as 50,000 and below at one point. Today, there are considered to be around 170,000 narwhals swimming in the Earth’s oceans.

Narwhals are also threatened by climate change and the melting of Arctic sea ice. The rising ocean temperatures mean that their habitats are going through significant changes. Such changes have long-term effects on their migratory patterns and the success of winter and summer hunting.

Are narwhals related to unicorns?

Narwhals are sometimes called the “unicorns” of the sea. This is due to their distinctive tusks. They are as close to unicorns as the Earth plays host to.

Narwhals are not extinct. They are considered “nearly threatened” by the IUCN, which means that there is a chance they could become “threatened” and end up extinct.

What is a narwhal’s horn for?

The horn, or tusk, is used to stunning fish they want to eat. Some scientists believe it can also be used to detect temperature, water pressure, and even particle gradients in the water. It is not used for the violent skewering of fish as its shape suggests.

Do baby narwhals have horns?

No, baby narwhals are born without tusks. It starts growing after birth in males and 15% of females. It will continue growing throughout their lives. 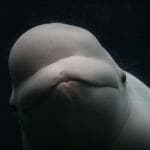 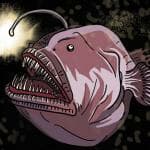