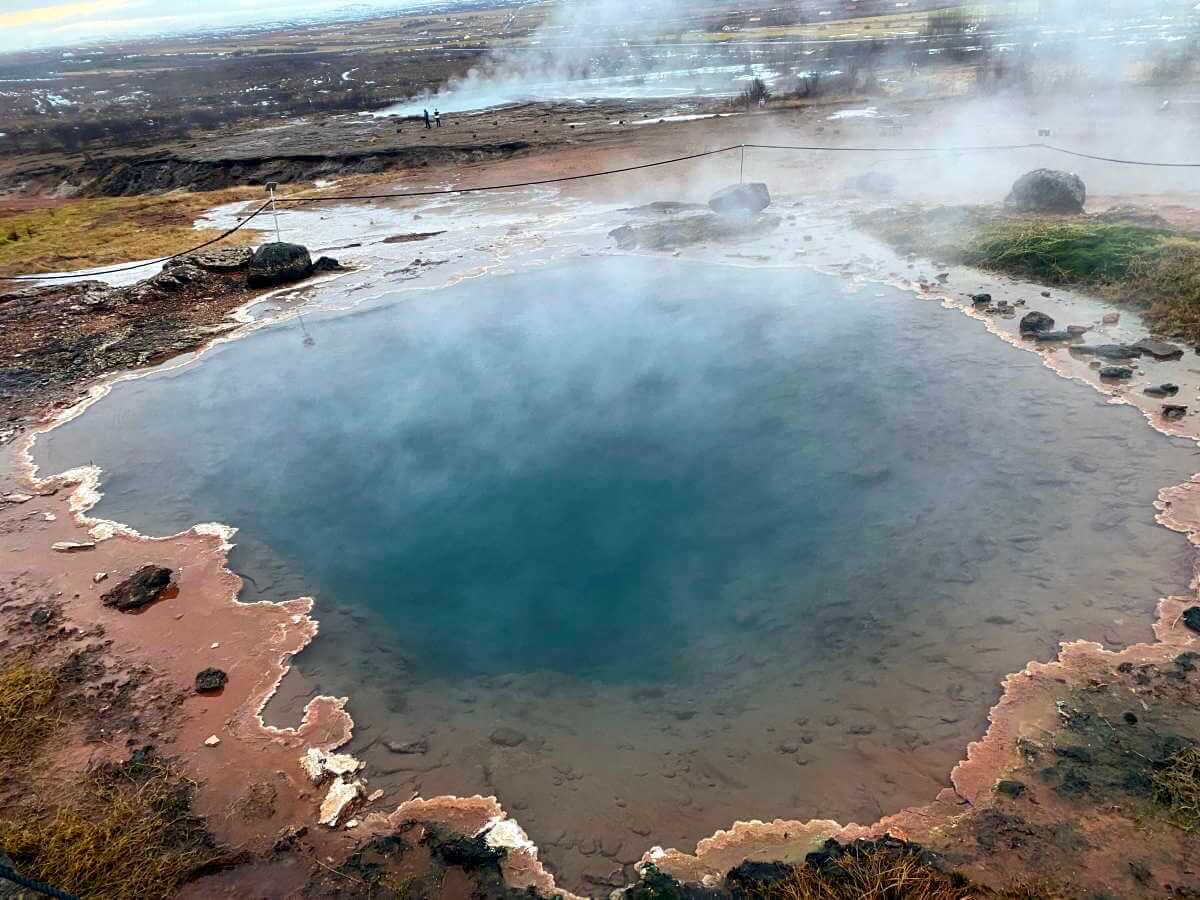 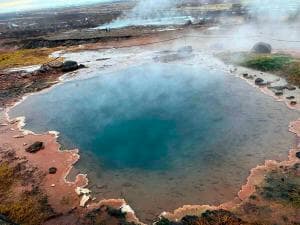 Iceland’s geothermal area is home to spectacular geysers, including the Geysir and the Strokkur. Learn more about them here.

Geysers are pretty incredibly geological sites. In layman’s terms, they are hot springs that periodically burst up with gas, making a water explosion appear on the surface.

There are many geysers around the world, typically where there are tectonic plates, geothermal hot springs, and volcanos. One of the most famous geysers in the world is the Geysir, sometimes known as The Great Geysir, located in the Haukadalur Valley, a favorite stop around Golden Circle.

What is a Geyser?

A geyser is a hot water spring that periodically shoots steam/gas above the surface, due to the pressure built inside the earth.

Geysers are pretty rare, with an estimated 1,000 of them worldwide. The most noticeable and largest of them all is Old Faithful in Yellowstone National Park. The next best-known geyser exists in Iceland, known as ‘Geysir’ or ‘The Great Geysir’.

Around the Geysir hot spring area are other geysers that bubble, burst, and spurt: the most noticeable being the Strokkur geyser.

Geysir very much produces spurts of water, just like submarine volcanos do, due to the pressures built up inside the ground.

For a geyser to erupt, certain specific geological conditions have to be met. These include:

Largest Geysers in the World

Below are the top 5 largest geysers in the world:

Although the Great Geysir is the largest geyser in Iceland, it is not the most active, with that going to a sister geyser in the hot springs area, Strokkur geyser. Derived from the English word for ‘geyser,’ Geysir was coincidentally also the first geyser to ever be described in the literature, in the 13th century, making it the first geyser that was known to Europeans. It is estimated that the eruptions of gas/steam travel from a depth of 1-2km before finally reaching the geyser’s surface.

The recorded eruptions timeline for Geysir is as follows:

Research into the sinter (a form of silica that forms around geysers) around the geyser estimates that Geysir is around 10,000 years old and still has much steam coming off it today, due to the high temperature of the water in the geyser.

The Strokkur geyser is Iceland’s most active geyser, erupting once every 4-10 minutes. When Strokkur erupts, the steam can reach heights of 130 feet (40 meters) high. Even just at a depth of just over 20 meters, the water temperature reaches 130 degrees.

Strokkur is commonly the main reason for visiting the Geysir hot springs area, due to its activity. It is a common picture point, due to the height and frequency of its eruptions.

Located in the southeast of Iceland, the Geysir geothermal and hot springs is an area of geyser activity. The attractions are hot streams and small/large geysers, of which one actively erupts every 4-10 minutes.

The area is filled with fumaroles, geysers of small and large, hot springs, mud pools, and steam, with a distinct smell of egg (sulfur) that propagates from the ground.

There are multiple geysers in this area, with three being the most notable:

Technically, yes. Geysir erupted in 2000, followed by 2016. Although the eruptions are not very frequent, it is still considered active.

How often does Iceland’s Strokkur Geyser go off?

Although it is commonly quoted as erupting every ten minutes, Iceland’s active geyser, Strokkur, can erupt as often as every 4-6 minutes, sometimes reaching eruption heights of over 130 feet (40 meters).

How many geysers are there in Iceland?

There are over 25 active geysers in Iceland, although this number increases with inactive geysers (geysers that are still hot but have not erupted in a long time). The most famous site for geysers in Iceland comes with the Geysir hot springs, which features The Great Geysir, Strokkur, and Little Geysir, Blesi, Oþerrishola, Seidir, Þykkuhverir, Sodi, Smiður and Litli-Strokkur.

How do geysers work?

Water in underground reservoirs is superheated by the geothermal heat under the ground to pressures that build up, up until the steam has enough energy to erupt to the surface in a spectacular fashion.

How far is Geysir from Reykjavik?

It takes around 1:30 hours to go from Reykjavik to Geysir, at just over 100 km in distance. There are many excursions that will transport you to and from the Geysir from Reykjavik, including Golden Circle excursions.

How does a geyser form?

Geysers form from having underground water reservoirs, that have water sources ‘topping’ them up, a geothermal heating source underground, and a port/hole that allows the water to escape to the surface. The water is superheated until it has enough energy to burst through the reservoir and to the surface.

What causes a geyser to erupt?

Can you swim in geysers in Iceland?

Definitely not. Although there are geothermal pools throughout Iceland, the temperature of geysers and the streams around geysers are typically around 100 degrees Celsius.

What is close by to Geysir and the hot springs area?

Geysir is located in what is called the ‘Golden Circle’ – an area of Iceland that is known for natural attractions. A close attraction to Geysir is the Gullfoss waterfall, which is around 10 km away (10-minute journey), and Thingvellir National Park, around 70 km away (one hour journey).

What attractions does the Golden Circle tour include?

When visiting the Golden Circle, you can expect to see the popular attractions of the active Geysir hot springs area in the Haukadalur Valley, Gullfoss waterfall, Faxi waterfall Thingvellir National Park, Kerið volcanic crater, Reykjavik valley. You could also visit Lake Laugarvatn, which features Laugarvatn Fontana, a geothermal lagoon on the site of the lake. The Geysir and hot springs are a particular favorite spot for those on the Golden Circle tour for the eruptions.

What facilities are at Geysir hot springs?

You can find parking, WCs/toilets, a restaurant, a shop (with Wifi), and wheelchair accessibility, in and around the Geysir hot springs. The closest parking is a short 2-minute walking distance to the hot springs area.

What is the entrance fee to visit Geysir and the hot springs?

There is no entrance fee – it is completely free of charge. 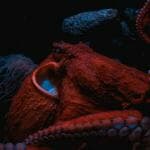 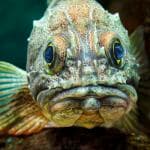