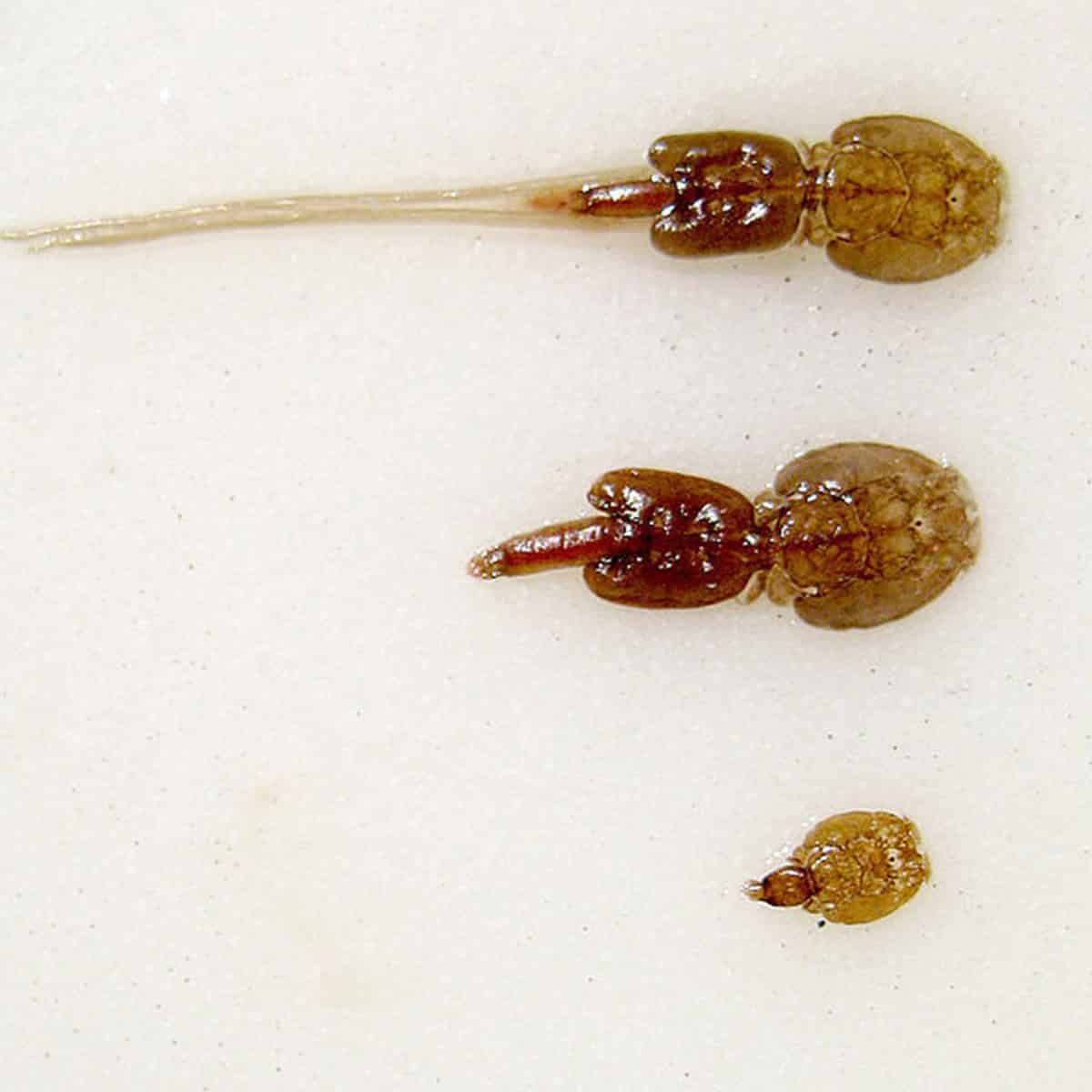 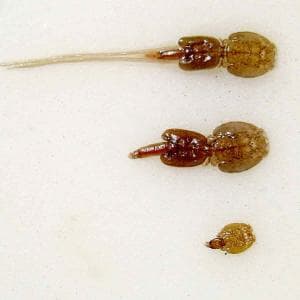 Sea lice are a type of marine parasite that targets salmonid fish. They are found largely on Atlantic salmon.

Sea lice are small crustaceans, or copepods, that belong to the Caligidae family. Their order is Siphonostomatoida. Sea lice are a species of marine parasite that uses other sea animals as a host. One of the most frequently hosted fish is the wild Atlantic Salmon, and scientists have even had to create drugs to push back against the sea louse. Due to their interactions with predominantly wild Salmon, sea lice are called Lepeophtheirus salmonis in Latin. They can cause harm to their hosts, especially if a fish develops a sea lice infestation.

There is a difference in size between the two genders of sea lice. Females have a far greater genital complex than males. Like many species, the genital complex is the bulk of the body mass. The other sections of the sea louse are the cephalothorax, the leg bearing segment, and the abdomen. They can produce a large suction cup-like shield that allows them to stick to their hosts efficiently.

The sea louse diet is extremely simple and is traditionally parasitic. When they have found and attached to a host they will feed on the fish’s blood and skin tissue for the remainder of their life cycle. They do not only target Atlantic salmon, having been found on brown trout, Arctic char, and Pacific salmon. Sea lice can cause extreme degradation of a host. For example, consistent feeding on mucus, blood, and skin tissue can cause infection of the skin and legions that can expose the skull.

The sea lice have a habitat that is very different from the majority of ocean animals. As opposed to spending their time out in the open ocean or in coral reefs, the sea louse uses other fish as their habitat. It is still unknown how sea lice go about finding a host in their planktonic stage. The sea louse is suited more to saltwater and targets saltwater fish. However, if they find themselves in freshwater, they can live for around 2-3weeks and are unable to reproduce. Sea lice are being found in fish farms and can cause a lot of issues for farmers.

The reproductive cycle of a sea louse is fairly simple. They are free-swimming before they mature, then spend the rest of their lives attached to a host. Egg strings are developed by female sea lice. These then hatch and continue their life cycle. The strings contain anywhere from 500 to 1000 eggs. The females can produce 6-11 pairs in 7 months.

As a parasite, sea lice have a lot of inherent threats. Most of these threats come from human intervention. Sea lice monitoring on salmon farms have started to be conducted. This conscious effort to curb the rise of sea lice has reduced their numbers. This monitoring includes removing dead and infected fish, allowing the healthy fish to thrive in cleaner waters. A number of vaccines and drugs have also been used to disinfect the waters, but environmental concerns have limited this avenue.

Their threat to humans is a subject that is very convoluted. Sea lice are only a threat to fish as they do not host themselves on humans. However, many people get confused with small jellyfish larvae that can get caught on swimmers’ bathing suits and release toxins that cause skin irritation, nausea, and an itch. This is known as sea bather’s eruption. However, these are completely different animals.

Facts about the Sea Lice

Do sea lice attach to humans?

L. Salmonis do not tend to interact with humans due to the fact that it is a fish-based parasite. Sea lice sometimes get confused with jellyfish larvae, which can get trapped in swimwear and cause symptoms such as stings, itchiness, and a rash. This is known as seabather’s eruption.

Sea lice are dangerous to salmonid species, such as Atlantic salmon, Pacific salmon, brown trout, and Arctic char. They attach to their skin and feed on their blood and tissue. This ultimately impacts negatively on the fish’s health and longevity.

How do sea lice affect salmon?

Sea lice affect salmon in different ways. They feed on their blood, mucus, and skin tissue, which causes open wounds. The aggressive feeding can cause a chronic stress response in the fish. They also make the salmon more susceptible to disease due to a reduced immune system and sea lice being carriers. 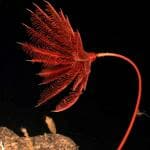 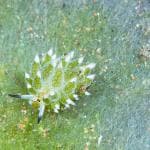