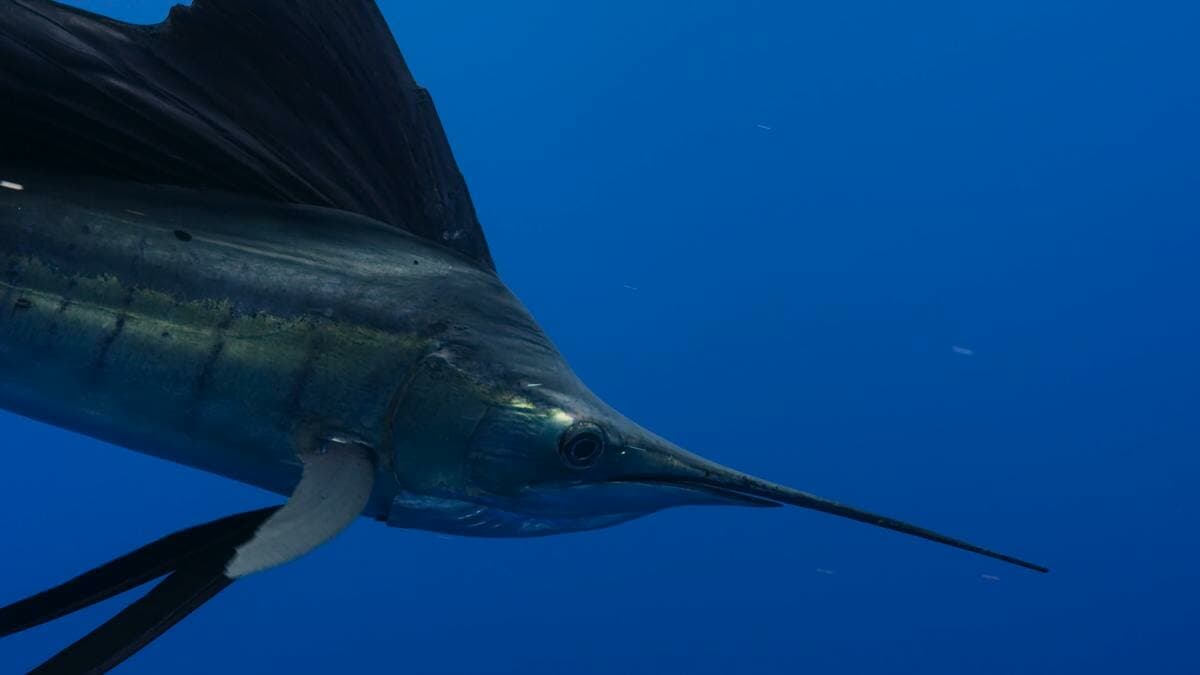 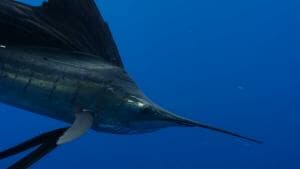 Swordfish are large fish and the only member of the family Xiphiidae. They are sometimes referred to as broadbills.

These fish are closely related to marlins, with whom they are often confused. They are highly migratory animals that have a large bill. It protrudes from the front of their face like a sword.

Swordfish are recognizable animals. They have long, pointed bills that they use for slashing and hunting prey. Swordfish have long bodies that allow them to move aerodynamically through the water.

Juveniles have scales and teeth, all of which they lose by the time they are fully grown adults. The fish grow to a maximum of fourteen feet in length (but most only reach around ten feet) and can weigh up to around 1,400 pounds, very similar to the size and weight of other large fish, like the marlin.

The swordfish has a dorsal fin that has been compared in shape to a shark’s. Interestingly, it’s possible to determine the age of a swordfish by the growth rings found around their fins. Swordfish are commonly depicted in photographs and illustrations jumping out of the water. They are also commonly seen basking at the surface, enjoying the heat of the sun.

Swordfish feed on a variety of prey. This includes fish and squid. They can use their long bills to slash at and stun prey. But, despite popular depictions, they don’t use their bills to stab prey as one might with a sword. They may use their bills in defense, such as if attacked by sharks or fishermen though. There is even a report of a swordfish, in a provoked attack, stabbing a fisherman and killing him.

Generally, swordfish are found around depths of 550 meters, or 1,800 feet. There have been instances in which these fish have been seen as deep as 2,234 meters or around 7,300 feet. They prefer to live at temperatures between 18 and 22 °C (64 and 72 °F) but have a wide tolerance for heat and cold. These animals are highly migratory, meaning that they do not stay in one region of the ocean for their entire lives.

Swordfish have an organ in their heads that heats their brains and eyes. This helps their vision, allowing them to swim in deeper, colder, and darker waters. These fish swim alone most of their lives or in loose groups of other swordfish.

Often, it’s possible to find them around the surface, a sight that many fishermen and boaters seek out and praised as extraordinarily beautiful. They have also been known to breach, jumping out of the water. This is a practice seen in some sharks and whales and is generally thought to be used to dislodge parasites and other pests.

Swordfish spawn in warm waters (warmer than 24 degrees C or 75 degrees F) during the warmer months of the year. Spawning can also happen year-round in some places, where the waters stay warm year-round. One of the best-known locations for the young to be born is in the Sargasso Sea. Females carry between one and twenty-nine million eggs at one time.

Swordfish are at threat from commercial and sport fishing. They are harvested on a small and large scale around the world. In some places, swordfishing is illegal or at least regulated.

Swordfish were the subject of a high-publicity campaign to help rebuild their numbers. It resulted in chefs around the world taking the fish off their menus and encouraging others to do the same. The slogan was: “Give swordfish a break.”

In the North Atlantic, the population of swordfish is considered “rebuilt,” meaning that population numbers (depleted due to fishing) have rebounded. But, overfishing in other areas of the world is still prominent, for example, in the Indian Ocean, and in the Mediterranean.

Swordfish are also a threat from the wide range of human-caused issues that all marine animals suffer from. This includes pollution, ocean temperature changes, and habitat encroachment.

Around 50 different species of parasites also threaten swordfish. These include tapeworms and roundworms.

What is a predator to a swordfish?

Predators of adult swordfish include orcas, sharks, dolphins, and tunas. But, in reality, there are few marine animals the fish are at threat from. More common are the threats from human beings and climate change. There are various moratoriums or regulations on swordfish fishing in some places around the world. But, scientists believe that populations are at threat in areas such as the Indian Ocean.

Swordfish do not usually pose a danger to human beings. But, provoked attacks have been recorded. For example, swordfish which are being hunted have turned and stabbed their bills through ships. An example of a fisherman being killed by a swordfish’s bill was recorded in 2015.

What is a swordfish’s favorite food?

Swordfish like to eat everything from fish to squid and octopus. They specifically enjoy bluefish, mackerel, and hake. Herring is also a part of their diet.

Why is swordfish not good for you?

Sometimes, certain marine animals are reported with traces of mercury in their bodies. If there are reports of swordfish, or other marine animals, suffering from this, it is better to avoid eating their meat.

Can a swordfish regrow its sword?

Scientists believe that if a swordfish is bill is broken off or severely damaged, it cannot grow back, at least when it comes to fully grown adults. It’s unclear whether or not juveniles who are still developing can regrow their bills. 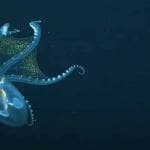 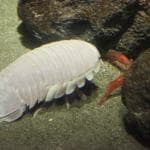