The Earth’s oceans are filled with some incredible species of sharks. But what are the biggest shark species? Which comes out on top?

The biggest sharks in the ocean include the whale shark, megamouth shark, and basking shark. You might be surprised to learn that the three largest sharks in the world’s oceans are all filter feeders despite their size.

These massive creatures pose no threat to humans and subsist on incredibly small zooplankton while cruising passively around the ocean. Other large species of shark, like the thresher shark and Greenland shark, have other interesting attributes, like a whip-like tail and extreme longevity, that make them notable in addition to their size.

On this list, we rank the biggest sharks in the world based on a combination of their length and weight.

The Pacific sleeper shark is one of the largest sharks in the world’s oceans, reaching an average length of 12 feet. they’re found in the North Pacific as well as in the Arctic and some temperate waters. They are both scavengers and predators and feed by sucking and cutting their prey. They inhale the prey, and if it is too big for them to swallow, they use their teeth to cut it up.

The bluntnose sixgill shark, sometimes also known as a cow shark, is the largest of all hexanchoid sharks. It can reach up to 20 feet in length but is more commonly found around 15-16 feet in length.

The sharks have a large body and tail with a blunt nose, as their name suggests, and six rows of teeth. The sharks are found in the Atlantic, Indian, and Pacific Oceans.

The thresher shark is a unique-looking shark that has an elongated tailfin. It lives in the world’s temperate and tropical oceans and usually grows to be around 15 feet long but has been recorded at up to 20 feet in length as well.

They use their incredible tails as weapons to whip and stun prey. Today, they are regarded as vulnerable to extinction by the IUCN. These sharks are often hunted for their fins, skin, and liver oil.

The great hammerhead shark is another very well-known shark species. It’s the largest of the hammerhead species and can reach around 16 feet in length on average. The largest known individual was 20 feet long.

The sharks have large, hammer-shaped heads that set them apart from all other shark species in the oceans. They feed on everything from crustaceans to smaller sharks and can have up to 50 pups every two years. Today, this species of shark is regarded as critically endangered by the IUCN.

Tiger sharks are beautiful and interesting large sharks that rank as the fourth largest shark species in the earth’s oceans. They are a species of requiem shark and are found in tropical waters, particularly around the central Pacific islands. They are well-known for the dark stripes down their body that resembles a tiger’s stripes.

They feed on everything from fish to birds to seals. They’ve also been known to eat trash. While rare, there have been a few instances in which a tiger shark has attacked a human being.

The incredible Greenland shark range from 8 feet up to 14 feet, with females attaining larger sizes. The largest recorded Greenland shark was 24 feet long. The sharks are known for their incredibly long lifespan, the longest known lifespan of any vertebrate species, between 250-500 years.

The sharks are known for eating anything they come across while living in the depths of the Arctic and North Atlantic oceans. The sharks are well-isolated from human beings, and there have been no recorded attacks in history.

The infamous great white shark is perhaps the best-known of all the large species of sharks in the earth’s oceans. These sharks are large predators, often at the top of the food chain, and usually grow to around 15.5 feet in length. The males are smaller, growing to a maximum of around 13 feet. They have few natural predators, one of the only being the orca.

The species is listed as vulnerable by the IUCN and is threatened due to the continuation of shark hunting and climate change.

The incredible megamouth shark has a stout body and bulbous head. Their mouths, for which they’re named, are broad and extend behind their eyes. They’re incredibly easy to recognize. Despite their fifty rows of teeth, they pose no threat to human beings.

The sharks are filter feeders. They will eat anything from shrimp to jellyfish, copepods, and more. Scientists believe that euphausiids are their primary food source. The first megamouth shark wasn’t captured till 1976, meaning that scientists know much less about this amazing creature than other sharks on this list.

The basking shark is one of the largest sharks in the world. They, too, are filter feeders and swim with their mouths open, taking in plankton and other small creatures. On average, they reach around 25 feet in length and are far smaller than the #1 largest shark in the world’s oceans, the whale shark.

Basking sharks have been hunted throughout history for their fins and oil and are today considered to be endangered.

The whale shark is well-known as the largest shark in the earth’s oceans. It can grow to an incredible length of nearly 60 feet and weighs around 41,000 pounds on average. This enormous shark, like the two other largest sharks, the basking shark and megamouth shark, is a filter feeder.

Despite its size, it cruises through the oceans peacefully, sucking in zooplankton and other small creatures like shrimp. They pose no threat to human beings and are not aggressive.

No, there is no evidence that there are any living Megalodons in the earth’s oceans. If there were, they’d be upwards of 70 feet in length and between 50-70 tons.

What is the strongest shark?

The great white shark is considered to be the strongest shark in the world. They have the most powerful bite, at 18,000 newtons or 1,835 kilograms of force.

Which is the largest shark in the world?

The whale shark is the largest shark in the world. On average, they reach lengths of around 33 feet. But, the largest specimens are thought to be up to double that length.

What are the three biggest sharks in the world?

The three biggest sharks in the world are the whale shark, basking shark, and megamouth shark. These large creatures are thought to reach lengths of over 50 feet. 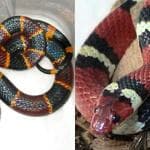 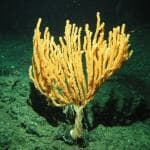