What are the main differences between the Megalodon and Great White Shark? Discover the differences through this comparison of these sharks.

The megalodon and the great white shark—two fantastic predators that have inspired generations of scientists and researchers, not to mention, writers and filmmakers.

These two sharks are similar in several fundamental ways, but they are also quite different from one another. Below, readers can explore the size, speed, diet, and lifestyle differences between the Megalodon and the great white shark.

What is a Megalodon?

The Megalodon was a giant shark that lived millions of years ago. It is now considered to be the largest shark to ever live in our oceans and one of the largest fish ever recorded. It’s captured the public’s imagination through its depiction in fictionalized films and television shows.

The shark is scientifically known as Carcharocles megolodon. Scientists are unsure when megalodon prowled the oceans but best estimates put the shark as far back as 15.9 million to 2.6 million years ago, from the middle of the Miocene to the Pliocene epoch.

Megalodon went extinct sometime during the Miocene or Pliocene epoch. Scientists aren’t entirely sure when they lived for how long. Climate change, fluctuations in sea level, and glacial expansion are all cited as reasons why scientists believe these enormous sharks went extinct. As the sea level dropped, nursery sites (where young Megalodon were born) were degraded and meant that juveniles were newly threatened by other creatures.

The megalodon resembled a shark, albeit at a larger size. They could grow to be between 60 feet, or 18 meters in length, and 80 feet or 25 meters in length. In comparison, modern sharks are around 20 feet long (6 m). Due to the fact that no living megalodon has ever been observed, scientists can’t say with certainty what exactly they looked like.

Researches estimate that Megalodon could open their mouths to a span of 2.7 by 3.4 meters wide, the size and width of two adults standing next to one another. They had a total of 276 teeth in their mouths and had an incredible bite force in the hundreds of thousands of Newtons.

Megalodons were at the top of the food chain. They ate everything from large fish to whales and dolphins. Other sharks also fell victim to these predators. They hunted throughout the warmer regions of the oceans, a fact suggested by the presence of their teeth all around the world, besides Antarctica.

Scientists are unfortunately unsure how Megalodon mated. But, it’s likely that they used one of two ways that modern sharks reproduce, vivipary or ovoviviparity. The former refers to the process of a baby shark developing in the mother and then a live birth. Ovoviviparity is a different process where the eggs develop in the mother’s body, and then they are released from the body where they hatch.

What is a Great White Shark?

Often, the public is surprised to learn that great white sharks are endangered. The  IUCN lists them as “vulnerable” due to illegal human fishing and practices such as by-catch. Shark fin soup, a delicacy in some parts of the world, is one of the prime motivators for fishermen. In other instances, sharks get caught in fishing nets meant to protect beaches.

Great white sharks are the largest predatory fish, weighing in at 1,151–1,700 lb (522–771 kg). The females are usually larger, sometimes reaching 2,450 lb or 1,110kg. They are also between 15-16ft or 5.6-4.9 meters. They are usually quite bulky-looking and have sometimes been cited as the scariest-looking shark. They have a conical snout and large fins.

Great white sharks are incredibly adept hunters. They can move at a speed of up to 21 mph or 33 kph and have an impressive row of around 300 serrated teeth. Great white sharks don’t, as films like Jaws would have one believe, prey on human beings. They generally eat sea lions, fish, and sometimes smaller species of sharks (not unlike the Megalodon).

Great white sharks, like many other ocean animals, have a somewhat elusive mating process. But, it’s believed to be similar to the other types of fertilization used by sharks. The fertilized eggs are kept inside the female’s body, and the litter consists of two to ten “pups,” or baby sharks. The gestation period is around one year and when born, great white sharks are around one meter or 3.3 feet in length.

Could a megalodon still live?

No. A study in Zurich showed that there is a 1% chance that Megalodon still exists today, an incredibly unlikely scenario. But, that hasn’t stopped people from imagining what it would be like if they did exist.

Is a great white shark faster than a Megalodon?

It’s believed that a Megalodon could swim at a pace of two and a half meters per second, making it twice as fast as a modern great white shark. Which, in turn, is at least twice as fast as every other small shark (tiger shark, basking shark, etc.). 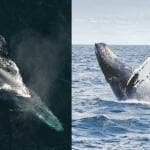 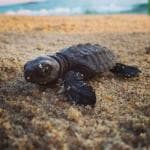