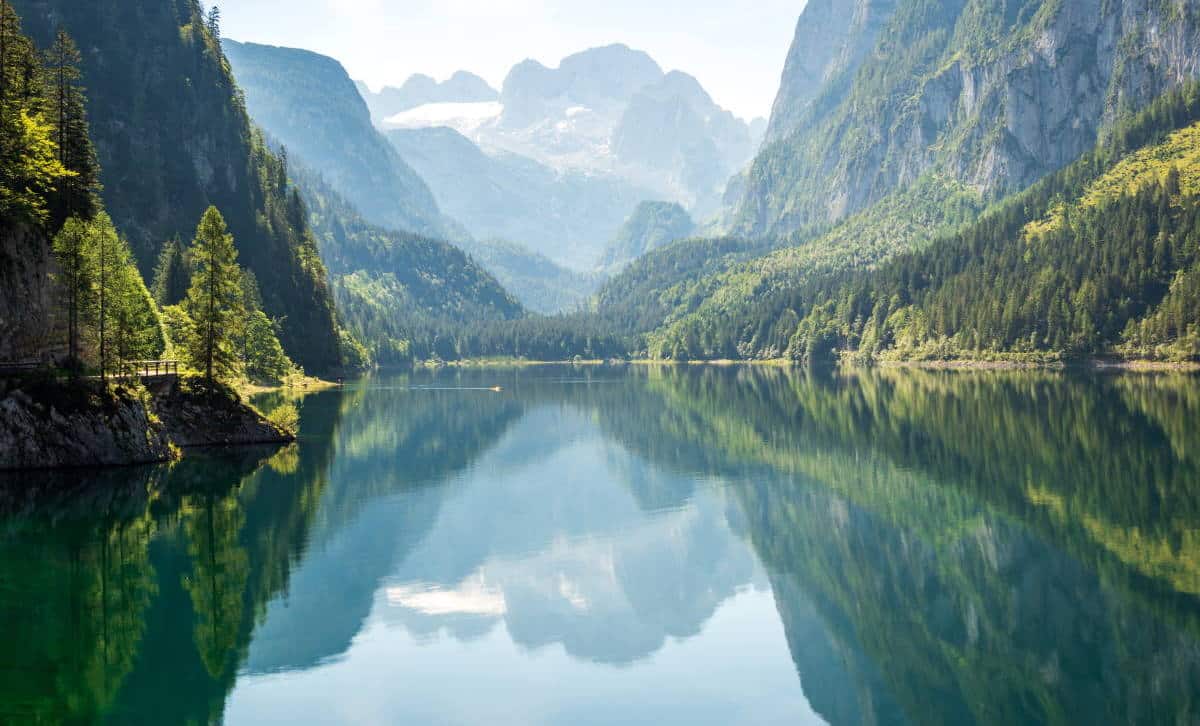 It is said that 71% of the Earth’s surface is covered by water. Although the major oceans are the biggest contributors, there are many other bodies of water around the world. Most notably, there are a wide variety of Great Lakes. Below we will look at the 10 Largest Lakes in the World.

Although last on the list in terms of size, Great Slave Lake is the deepest lake in North America, with a maximum depth of 614 m. The lake is located in the Northwest Territories of Canada. The name is derived from local tribes of the past, the Slavey people.

Due to its length, 480 km, there are multiple towns surrounding Great Slave Lake. Some of the most notable towns are Fort Resolution, Hay River, and Dettah.

Lake Malawi is another of the African Great Lakes. It borders Mozambique, Tanzania, and Malawi itself. Although it is not the largest lake on the list, it does have the most species of fish of any lake in the world. There have been over 700 species recorded so far.

Lake Malawi is also unique in its water formation. As a Meromictic Lake, its water layers do not mix.

The Likoma and Chizumulu islets are located on Lake Malawi. This alone shows the sheer scale of the lake.

Great Bear Lake lives up to its name, being the largest lake to be situated entirely in Canada. At a massive 31,000 km², it is the fourth largest lake in Northern America. The main inflows into Great Bear Lake are the Whitefish River, Big Spruce River, and more. The most prominent outflow is the Mackenzie River. These rivers contribute to the 2,236 km³ of water volume.

Great Bear Lake is surrounded by the dense Boreal Forest of Canada, making it home to a wide variety of animals and biodiversity.

Another accolade of Baikal is its age. It is the oldest lake in the world, forming 25 million years ago. Containing 23,600 km³ of water, Lake Baikal is the largest freshwater lake in the world by volume, meaning the World Heritage Site accounts for around 22% of the earth’s fresh surface water.

The second largest of the Great African Lakes, Lake Tanganyika covers a surface area of 32,600 km². The sheer depth of Tanganyika, at 1,470 m, contributes to it being the second largest lake by volume in the world. Tanganyika plays a role in many lives as it borders Burundi, Zambia, Tanzania, and the Democratic Republic of Congo.

As the second oldest freshwater lake in the world, many islands have developed. Kavala Island, Milima Island, and Kibishie Island are some of the landmasses within Lake Tanganyika. Similar to Lake Victoria, it could be considered dangerous to swim, with the Nile Crocodile and Banded Water Cobra being some of the wildlife that resides in the lake.

Bordering Canada and the United States, more specifically Michigan and Ontario, Lake Huron covers a surface area of 59,600 km². Huron’s main inlet is the St Marys River, with the main outlet being the St Clair River. Huron has an impressive lake retention time of 22 years. There are many invasive species that have made Lake Huron their home, including Zebra and Quagga Mussels. Lake Huron is, not only a large lake, but a beautiful lake too.

One of the more interesting aspects of Lake Huron is the numerous shipwrecks that have occurred over the years. Over 1000 ships have met their fate on the water of Lake Huron.

With an area of 68,870 km², Lake Victoria is regarded as the largest of the African Great Lakes. Comparative to other large lakes, Victoria is average in terms of length at 322 km and shallow at 84 m maximum depth. The lake is wide-reaching as its shores are in Uganda, Kenya, and Tanzania.

However, its biodiversity is where it stands out. There are few lakes in the world that are home to Hippopotamus, Nile Crocodiles, African Helmeted Turtles, and more. You would have to be brave to go swimming in Lake Victoria.

Lake Superior holds an impressive 12,100 km³ of water, meaning it accounts for 10% of the world’s surface freshwater. Also, Superior lives up to its name with a maximum depth of around 406 m, making it one of the deepest lakes in comparison to its neighbors.

Although it is regarded as a ‘Sea’, the Caspian Sea is the largest lake, or inland body of water, in the world. Located between Europe and Asia, it is an endorheic basin. This means that there is no outflow from the lake into other bodies of water. As for inflows, the lake is connected to the Ural River, Kura River, and River Volga, which is viewed as Europe’s largest river.

The Caspian Sea did not always appear as it does today, being an ancient remnant of the Paratethys Sea.

Due to its size, the lake has its own ecosystem. The Caspian Turtle and Caspian Seal are two of the many species that call the Caspian Sea home.

What is the largest lake in the world?

The largest lake in the world is the Caspian Sea, covering a surface area of 371,000 km². Its shores border Kazakhstan, Russia, Turkmenistan, Azerbaijan, and Iran.

What is the largest lake in Africa?

The largest lake in Africa is Lake Victoria, covering a staggering 68,870 km². Its shores border Uganda, Kenya, and Tanzania.

Which Great Lake is the largest?

The largest Great Lake is Lake Superior, covering a surface area of 82,100 km². It borders both Canada and the United States.

What is the largest freshwater lake in the world?

What is the largest lake in the United States? 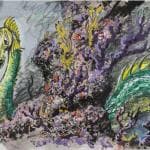