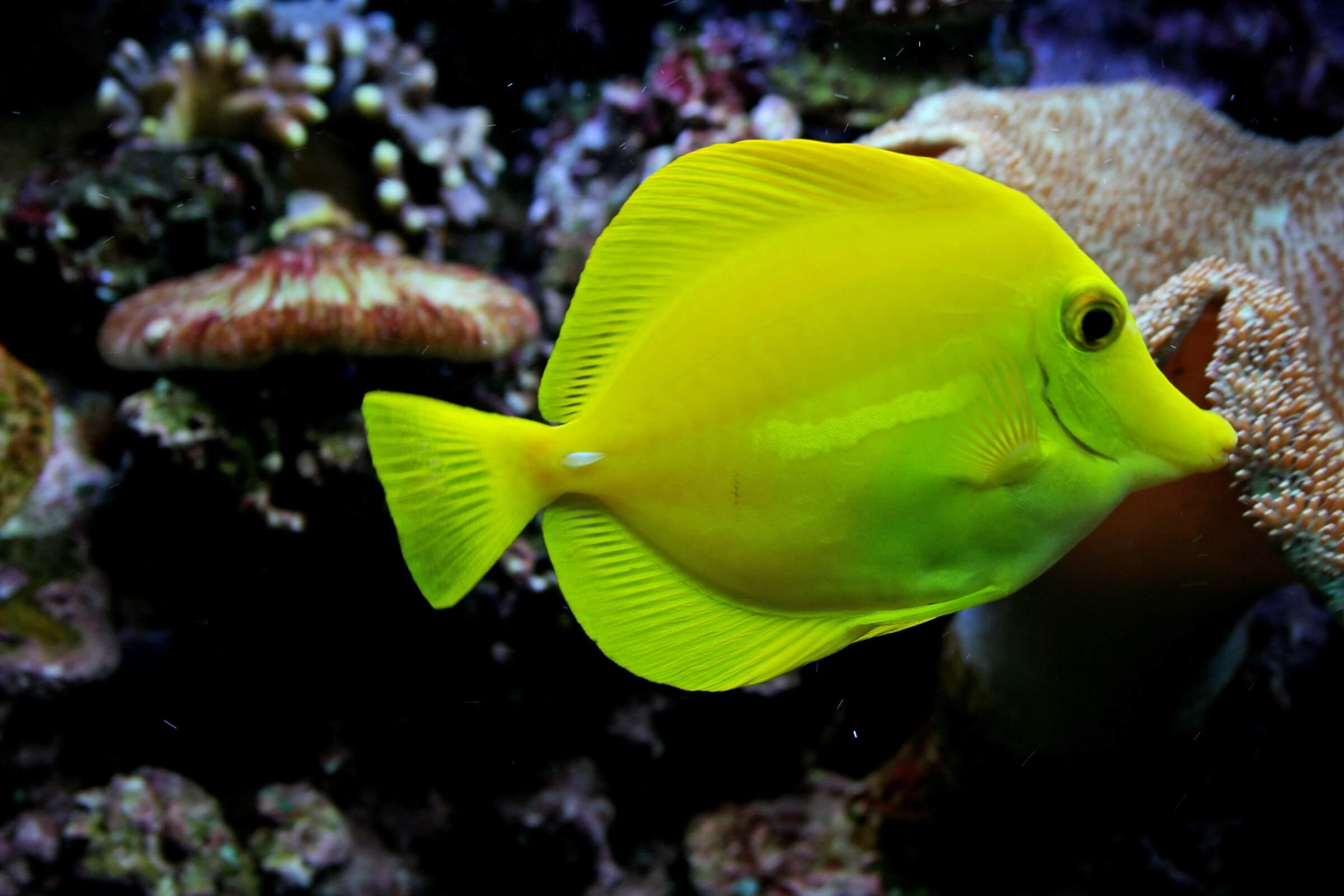 Zebrasoma flavescens more commonly known as the Yellow Tang, are fish that can be discovered in the tropical reefs of the Pacific Ocean near the Hawaiian Islands and the Atlantic Ocean off the coast of Florida.

The most notable characteristic of these fish is the bright-yellow color that makes them stand out from other species in the same shallow-reef habitat. Which has made them a coveted addition to aquariums.

These colorful fish have a striking resemblance to young blue tangs, however, blue tangs become blue and are much bigger, whilst yellow tangs keep their distinctive yellow hue and remain comparatively little.

As your observation would do you justice, the Yellow Tang is indeed bright-yellow. Something that you wouldn’t expect is that they can change their color approaching nighttime. Near the center of their bodies, a brown spot forms, and it is covered with a white band. Daytime brings about the disappearance of the brown and white patch and the restoration of their vibrant, highlighter-yellow hue.

Less than an inch thick and up to 8 inches in length. Generally speaking, men are bigger than females, although neither is particularly enormous. They have a conspicuous upper fin and a smaller bottom fin. They have a lot of teeth and a rounded nose. Additionally, they have a white spine near their tail that can be employed for defense.

Yellow Tang is a plant-only herbivore that solely consumes vegetation. They enjoy the algae that develop on the seafloor and in the deepest regions of the reef. In a mutually beneficial interaction, they also consume the algae that have grown on sea turtles’ shells.

They are frequently fed aquarium food made of meat or fish when kept in captivity. However, the long-term health consequences of this diet are debatable.

The Yellow Tang is a reef fish. They are saltwater creatures that dwell in and around coral reefs, where they also find food and may blend in with the environment’s vibrant colors. It is frequently found on shallow reefs in the Pacific Ocean (Ryukyu, Mariana, Marshall, Marcus, Wake, and Hawaiian islands), west of Hawaii and east of Japan.

However, Hawaii continues to be the most frequent location to encounter Yellow Tang and the location where the majority of Yellow Tang are gathered for use in aquariums. During the day, the species may be found in social groups varying from single to thousands of individuals; however, at night, it can be located alone in hiding places.

By dispersing their eggs in the water, Yellow Tang reproduce externally. After fertilization, the eggs develop and give birth to young Yellow Tang. They don’t keep an eye on their young or stay close to their eggs. Young Yellow Tang is left in the wild to survive for themselves. These fish occasionally dwell in small groups but mostly live in solitary.

The tendency of the Yellow Tang to spawn during a full moon is one of the most intriguing aspects of their reproductive system. In one cycle, they are capable of producing between 20,000-40,000 eggs. Each time, a sizable number of young Yellow Tangs are produced, albeit not all of them will develop into mature animals or be fertilized.

Yellow Tang are prey for nearby reef-dwelling predator fish in their native environment. Sharks, crustaceans, and octopuses are a few of these. A Yellow Tang may also be an appeasement for larger carnivorous fish. Problems may arise as a result of their shifting environment, particularly if they are unable to locate sufficient algae to consume or secure locations to reside and breed.

Although fishing and capturing are prohibited in many of the locations where Yellow Tang dwells, this does not imply that their ecosystem is not in danger. Snorkeling and illegal poaching can both harm the reef where they dwell.

Facts about the Yellow Tang

Because of their eye-catching brilliant yellow hue, many novice aquarium enthusiasts like watching them feed on algae in sizable saltwater tanks. However, it’s crucial to be aware that yellow tang can be hostile.

What is the life expectancy of a Yellow Tang?

If they survive to adulthood, yellow tangs can live for more than 30 years in nature. The average lifetime in captivity is 5–10 years for those who make it through the first year.

Juvenile Yellow Tang are known to have venom as a defense mechanism, but this is lost with the maturation of the Yellow Tang into adulthood. However, they still maintain sharp spines that can be used in protective aggression.

Do Yellow Tangs have teeth?

The yellow tang has a tiny, slightly tipped-down mouth with flexible, comb-like teeth that are ideally suited for nibbling on the algae that make up its nutrition. It spends a lot of time foraging, like other herbivores, and is frequently seen gathering seaweed off the rocks and reef structure.

How does Yellow Tang behave with other fish?

Yellow tangs, which are renowned for being gregarious and sociable fish, necessitate a significant amount of area to swim and expand into. They are herbivorous creatures that can live on reefs and seem naturally curious. 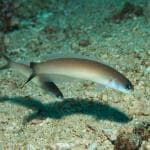 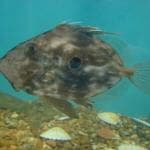