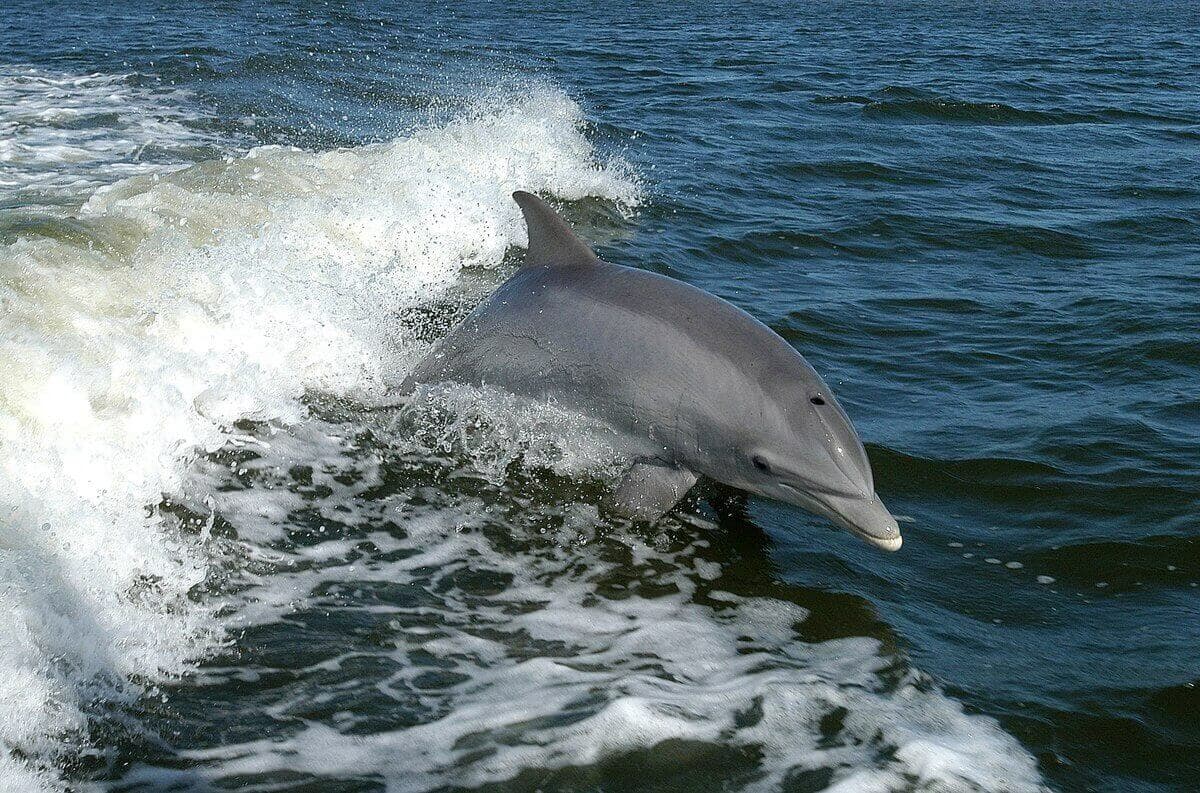 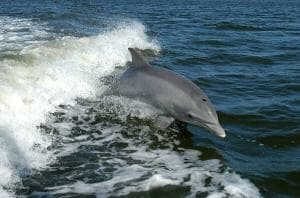 The bottlenose dolphin is a mammal of the genus Tursiops. They are part of the family of oceanic dolphins known as Delphinidae and are considered its most common member.

There are two different species of bottlenose dolphin:

Other dolphins are considered their species or subspecies. Their name comes from the shape of their truncated teeth. It comes from the Latin for dolphin, “tursio” and the origin of truncated, “truncatus.” Commonly, dolphins travel alone, or they may be found in large groups of around twelve. But, much larger herds, in the hundreds, have also been spotted.

Bottlenose dolphins are often the source of research in regard to their intelligence. These dolphins are incredibly smart. They have the ability to mimic, use artificial language, are capable of recognizing themselves, categorizing objects, and even using tools. The latter is seen through their utilization of marine sponges to forage for food that would not normally be easily accessible to them.

Historically, dolphins have been trained to locate sea mines by various militaries or to seek out enemy combatants in the water.

Dolphins have also been seen expressing altruistic behavior towards other animals. For example, a famous incident in which a local dolphin helped save two pygmy sperm whales stranded on a beach in New Zealand, leading them away from the beach and into the open sea.

The bottlenose dolphin weighs around 660 pounds, or 300 kg, and can grow to approximately thirteen feet or four meters, and are not to be confused with the likes of porpoises. They are usually dark in color, made up of grey, blue, brown, and even black. Dolphins, like other marine species, have countershading. That is a form of camouflage that allows them to better hide from predators above and below them. Their undersides are lighter to help them blend in with the light coming through the ocean’s surface, and their upper sides are darker to blend in with the darkness of the ocean floor.

Female dolphins live, on average, five to ten years longer than their male counterparts. They are sometimes reaching sixty years of age. But, most live to be around forty.

Bottlenose dolphins have an elongated nose, known as a rostrum or snout. They also have a blowhole on the top of their head and between eighteen and twenty-eight teeth on each side of their jaw. Bottlenose dolphins have dorsal fins that often help scientists tell the difference between species, as well as pectoral flippers that help the animals steer through the water as they swim.

Both of the bottlenose dolphin species are fond of warm, temperate seas around the world. They are found in every ocean except for around the Arctic and Antarctic Circle due to the temperate of the water.

Dolphins are able to communicate with other dolphins in their immediate area through the use of whistles, body language, and other sounds. They might leap out of the water, slap their tails, and snap their jaws. They produce sound in their air sacs near their blowholes. They have unique whistles that mean one dolphin can recognize another.

Fish are a dolphin’s primary food source. But, they also eat shrimp, squid, mollusks, and the soft parts of other marine creatures. Scientists have determined that they eat around twenty-two pounds of fish a day. They have been observed working to herd a shoal of fish together in order to catch as many as possible. They circle the fish, trapping them in what is essentially a mini whirlpool. Then, they charge and force the fish onto a mud-flat.

When seeking food, dolphins use what is known as echolocation, a type of sonar that allows them to find objects through the production of sound. They listen to the echoes that come back, letting the dolphin know what objects or potential food are around them. Echolocation is precise enough to convey size, shape, speed, distance, and location.

They also have powerful eyesight, aided by a tapetum lucidum, which allows them to see well in dark light.

Bottlenose dolphins reproduce through internal fertilization. The females give birth to live young. The new baby dolphins are immediately able to swim but are dependent on their mothers for nearly two years. Females can give birth to calf every three to six years. Gestation lasts twelve months.

Unfortunately, bottlenose dolphins are at threat on multiple fronts. They are hunted by humans around the world and even used as fishing bait in some areas. Population treads, despite this, are described as of “least concern” by the IUCN. In some countries, such as the United States, the bottlenose dolphin is given protected status due to its intelligence.

What is special about bottlenose dolphins?

They are noted for their intelligence and apparent permanent smile. They can be trained to complete complex tasks and tricks as well, making them a staple of many aquarium shows.

What is the IQ of a bottlenose dolphin?

The IQ of a bottlenose dolphin is around 4.14, according to researchers. This is compared to other species of dolphin, such as the tucuxi dolphin that has 4.56, the Ganges river dolphin: 1.55, and the La Plata dolphin: 1.67.

Why is the bottlenose dolphin called that?

They get their name from the shape of their rostrum or snout. It is long and bottle-shaped. It is their most characteristic feature and makes them easily recognizable.

What are the predators of bottlenose dolphins?

Predators include sharks, humans, and orcas. It’s also common to find these dolphins entangled in fishing nets and gear. They are also at threat from climate change and shifting ocean conditions.

How big does a bottlenose dolphin get?

The bottlenose dolphin can grow to around 13 feet in length and weighs around 600-1,300 pounds.

How long do bottlenose dolphins live to?

What do bottlenose dolphins eat?

The main food source for bottlenose dolphins is fish. However, they also sometimes eat shrimp, squid, mollusks, and the soft parts of other marine creatures. 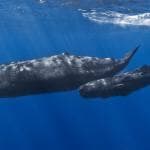 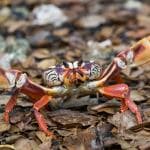