Porpoises and dolphins are similar, although not the same, marine mammals. They both belong to the order Cetacea, from the Greek meaning “large sea creature,” and their names are often used interchangeably. All dolphins and porpoises are impacted by climate change, pollution of the ocean, and habitat encourachment.

What is a Porpoise?

There are a total of six species of porpoise, far fewer than dolphins. They are, according to an article published in 1995 in Molecular Phylogenetics and Evolution:

When one knows what to look for, it’s quite easy to tell a dolphin and a porpoise apart. A porpoise is more portly, or rounder than a dolphin is. They also have a triangular dorsal fin. Their moths are small, with teeth that look like spades. Often, researchers point to the dorsal fin are one of the main ways that the two can be distinguished. But, another is by the shape of their faces. Porpoises have rounder faces and a less prominent grin. Porpoises grow to around 5 to 6.6 feet (1.5 to 2 meters) and weigh 110 to 265 lbs. (50 to 120 kilograms), much smaller and lighter than the dolphin. Both mammals have blowholes.

Although dolphins are often cited as highly intelligent animals, porpoises are thought to be quite intellectual as well. They are less talkative than dolphins, spending less of their time communicating through whistling sounds that dolphins are fond of.

Porpoises are still highly social animals. They live in shoals that can range from a few members to thousands. Porpoises live in a variety of waters around the world, from the Gulf of California to the eastern and western parts of South America and even north of Antarctica, where researchers have found the spectacled porpoise. The common purposes live around the east coast of North America. Dall’s live in the northern rim of the Pacific Ocean, and some live in the Yellow Sea between China and Kora, such as the finless porpoise.

Not much is known about porpoises mating habits, but it’s known that they have live births (since they’re mammals). It appears that the gestation period is around 10-11 months, and they have one baby at a time. Their children are called pups, or sometimes calves. They are sexually mature around 2 to 8 years old, depending on the species, and can live 23 years of age.

The only porpoise on the IUCN’s list of threatened species is the Vaquita proposes due to a drastic decrease in their population numbers. The finless porpoise and the Indo-pacific are listed as vulnerable.

What is a Dolphin?

Dolphins are grouped into five families, the largest of which is the ocean dolphin, to which thirty-eight species belong. The remaining four are all river dolphin families with only one species per family. Often categorized as a whale, the orca is, in fact, a dolphin. It is one of the largest, along with the pilot whale and the false killer whale. The smallest are the New Zealand dolphin and tucuxi, according to Whale and Dolphin Conservation.

sheilapic76, CC BY 2.0, via Wikimedia Commons

Dolphins are slimmer, sleeker, and have leaner bodies than porpoises. They can move at higher speeds through the ocean while hunting with longer beaks or mouths. They also have a more pronounced smile or grin in comparison to porpoises. Their teeth are shaped differently and dolphins also have a curved or hooked fin on their backs, according to Live Science.

Dolphins also have a variable number of teeth, ranging from 14 up to 240 in the mouth of the spinner dolphin. The size of their teeth, as well as the position and shape depends on their species. The majority of ocean dolphins have cone-shaped teeth used for catching fish.

Dolphins are highly social creatures. They spend time in large groups, hundreds to thousands, and communicate through a series of whistles and squeals. They also make use of something known as echolocation. This allows them to hunt via reflected sound, or echos. Dolphins are also incredibly mobile. They are considered powerful predators who are skilled at hunting fish, squid, and other marine life.

Dolphins, like porpoises, give birth to one baby at a time. Their pregnancies last between nine and sixteen months. The babies then stay with their mothers for several years, a time period in which the mother teaches the child everything he or she needs to know to survive. Dolphins can live between twenty and eighty years.

What’s the Difference Between Porpoises and Dolphins?

In general, porpoises are rounder and less vocal than dolphins. They have differently shaped teeth, fins, and faces. Dolphins are faster, sleeker, and more powerful hunters. There are also far more species of dolphins than there are porpoises. When it comes to dolphins, it is harder to know that the animals that appear vastly different belong to the same family. For those who are keen on quickly recognizing which is which, it is easier to look to the dorsal fin. It is more rounded in the case of a porpoise and more hook in the case of a dolphin.

Alternatively, one might look to the “grin” that’s often cited as featuring on dolphins and porpoises faces. Their curved mouths, which appear to be smiling can also be a signifier of whether or not the creature one is observing is a porpoise or a dolphin. The latter’s grin is far more pronounced than the former’s.

Are porpoises and dolphins the same?

No, porpoises and dolphins are two different species. But, they are both warm-blooded mammals. The appearance varies. dolphins are sleeker with longer snouts while proposes are shorter with bigger mouths.

Which is smarter, a porpoise or a dolphin?

Dolphins are smarter than porpoises. But, they are both highly intelligent. Dolphins are usually more curious about human beings. Interestingly, both animals use echolocation to find groups of their peers and prey.

Can dolphins and porpoises mate?

Yes, it is possible for these two species to mate. They are similar enough and produce offspring that are fertile and can themselves mate and have young.

Do dolphins have a high IQ?

Yes, dolphins are one of the most intelligent animals in the world. They are second only to humans, some research has suggested. It is hard to determine what IQ dolphins have on average. 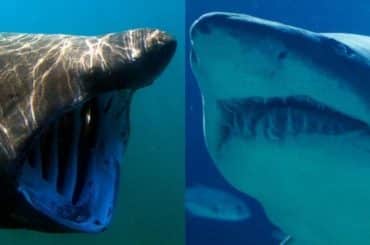 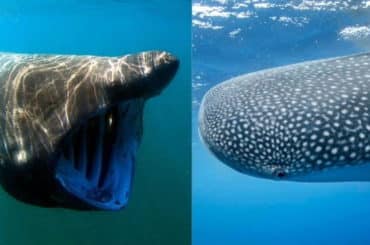 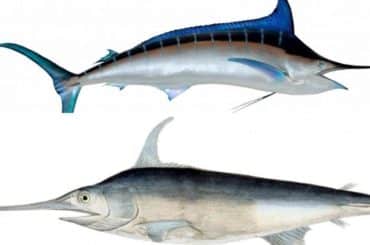