Made famous to the general public thanks to the heart-warming movie “Finding Nemo”, clownfish have become popular amongst the crowd of marine animals.

The clownfish’s distinguished orange and white stripes make them easy to spot in a coral reef.

These fishes are very fascinating and unique in the ocean’s ecosystem. Read on to find out more about them so you can surprise your kids with your impressive knowledge of these pretty swimmers.

They are easily recognizable due to their bright shades of orange color and white stripes. They grow up to around 10cm with female clown fishes being bigger than the males.

Characteristics: a Symbiotic relationship with Anemone

While anemones are animals themselves and usually sting any creature that comes close to it, clownfish are one of the few creatures that can withstand an anemone sting and live with it in a symbiotic relationship – they live in the anemone to escape from predators and in exchange gets rid of any parasites and intruders that could destroy the anemone.

Clownfish perform a dance with an anemone, rubbing its body along the anemone’s tentacles to get used to the host before making it their new home. Clownfish’s bodies are masked with a layer of certain mucus to make them immune to the anemone’s lethal sting. They are also known to live in groups in coral reefs.

Clownfish live in coral reefs along the waters of the Indian Ocean, the Red Sea, and the western Pacific. They are also found off the coasts of Australia and Southeast Asia and into the waters of southern Japan. They are not found in the Caribbean, Mediterranean, or Atlantic Ocean.

Despite their cute look, clownfish are omnivores which means they eat both meat and plants. They are known to eat crustaceans, algae, zooplankton, and worms.

Since they spend most of their lives in anemones that lethally stings other marine animals, clownfish don’t face many predators. When they do leave their homes, they are usually hunted by larger fish.

Although they aren’t on any endangered list, clownfish sales have doubled because of the famous Pixar movie “Finding Nemo” according to National Geographic. Some areas are overfished to meet the demands of these “aquarium fishes” which is of great concern for conservationists.

The loss of coral reefs due to pollution and human interference has also resulted in a decline of these species as stated in livescience.com.

What is special about a clownfish?

They can withstand anemone stings which gives them a symbiotic relationship with said anemones. Clownfish helps prevent parasites from building up in the anemone while the anemone protects the clownfish from predators.

How did clownfish get their name?

According to Nat Geo, they are so-called because of the multi-colored sea anemone they live in.

Clownfish are not poisonous but the sea anemone they live in is.

What is the lifespan of a clownfish?

They usually live up to 10 years in the wild and 6-8 years in captivity.

Despite what is shown on Finding Nemo, Barracudas rarely eat clownfish or any type of fish eggs. They usually go after larger fish. 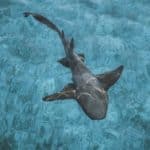