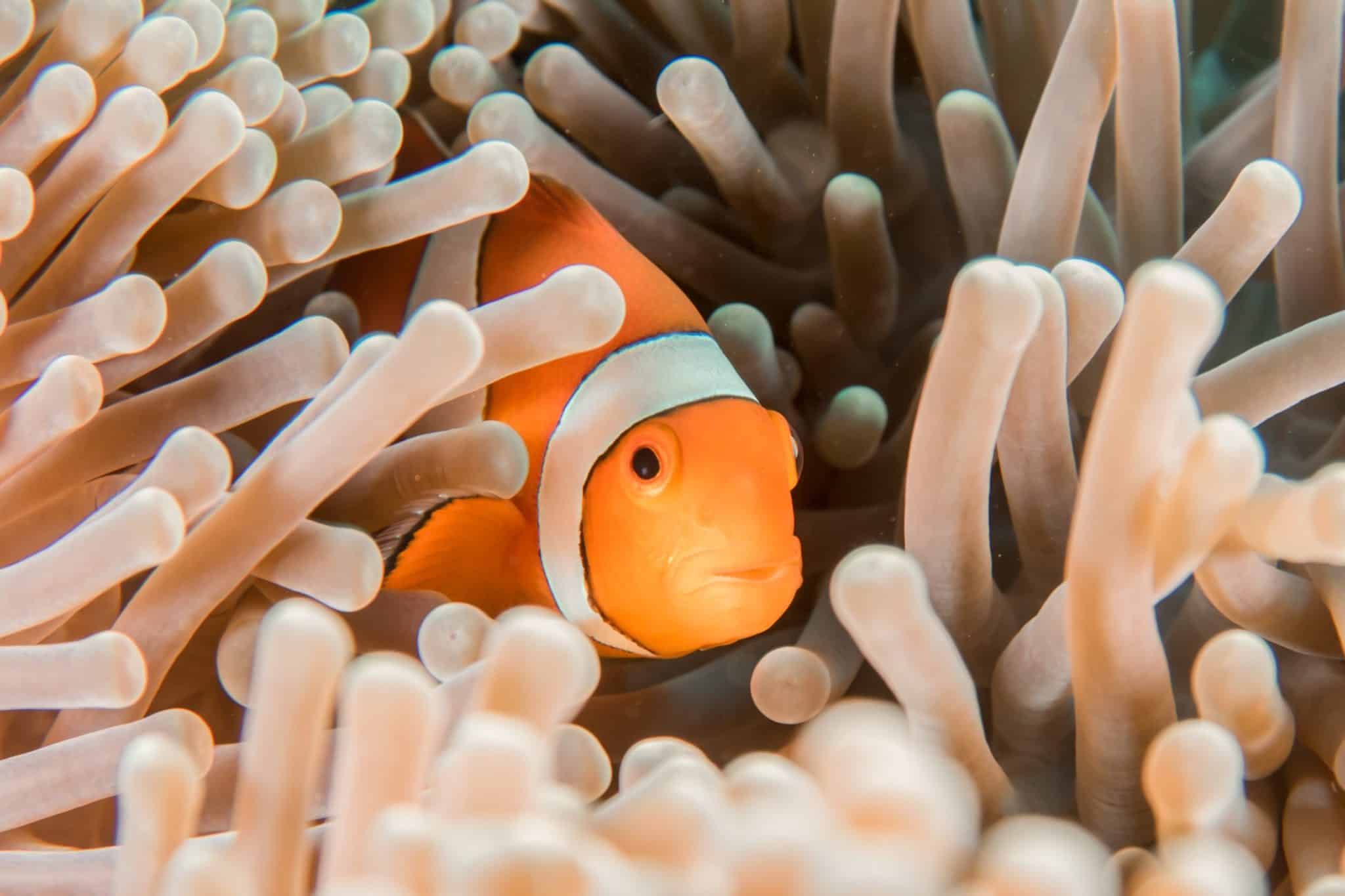 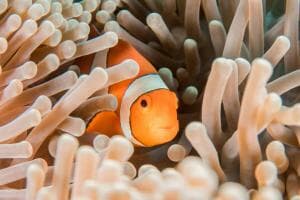 Discover what species of fish the stars of Finding Nemo are, and interesting facts about each of them

The fish found in the classic Disney movie Finding Nemo are not just from the imagination of the animators. Many of these characters can be found in your home aquarium as well as in the wild. So which creatures were the original cast based on? Let’s take a look at some of the more popular “members of the cast”.

Crush and Squirt, the Sea Turtles

Cool fact: Sea turtles don’t have a favorite food (though most eat jellyfish or seaweed)

These well-loved ocean creatures are some of the best-known animals on this list. As for the babies being carried around on their mother’s backs, believe it or not, that is a behavior exhibited by some species, although mainly on the land. It seems like Disney went all out to give the movie a quasi-realistic edge. Although they might be a bit too big and adventurous to keep in your fish tank.

Cool fact: Can sense a drop of blood in 3 miles

Looking at the coloration of this character you might assume that it is a Great White shark as they are known for their counter-shading (that is having a light underbelly and a dark top, so they are camouflaged from both positions). Great Whites are known to frequent much of the southern coast of Australia (perhaps the reason why the filmmakers chose the accent they did for the character). However, unlike their animated counterparts, the real-life sharks seem to have little intention of taking up a vegetarian lifestyle. Their sharp teeth need more than some seagrass or seaweed.

Cool fact: When sleeping, Yellow Tangs sometimes attach themselves to rocks with their scalpels, to prevent floating away

Bubbles is the bright yellow fish that lives in the aquarium in the dentist’s office. Bubbles gets excited whenever the treasure chest in the tank pops open and bubbles come out. This fish is based around the yellow tang. This species is popular among aquarium hobbyists although like all tangs they can grow quite large so need a lot of space. In the wild, these fish like to live in coral reefs. The reefs that they inhabit are typically at shallow depths.

Cool fact: The spine of a Regal Tang is incredibly sharp, and can be erected as a self-defense

Dory is the loveable, and forgetful sidekick of Marlin. She is wonderfully voiced by Ellen DeGeneres. Dory’s real-life counterpart is the Blue Tang or sometimes the Regal Tang. The Blue Tang is known as Paracanthurus hepatus in Latin. It is from the Tang family (as is Bubbles) similarly it feeds by grazing on rocks and feeding off tiny creatures such as Copepods. They have a beautiful elegant swimming style which has helped Tangs become popular aquarium mainstays. It doesn’t hurt that they are hardy and relatively easy to keep.

Gill is the name of the grizzled veteran in the aquarium. The one who appears to be the leader. Their character is based on the Moorish Idol. They are similar in shape to freshwater discuss, but they have a long flowing dorsal fin that sets them apart. Their colors are also more striking than their freshwater counterparts. Like many reef fish, they are gorgeous and when kept in the right conditions they are pretty hardy.

Marlin and Nemo, the Clownfish

Fun fact: All clownfish are male at birth

As stated in the film itself, Marlin and his son Nemo are Clownfish. They are probably the most popular saltwater fish to keep. They are hardy and relatively easy to breed by marine standards. This is helped by the fact that they can change their sex to form a mating pair.

There are actually 30 different species of clownfish. in the oceans, they have a symbiotic relationship with sea anemones and rely heavily on them. They use the anemones for protection from predators, feed on leftovers, and use them to build nests. The anemone benefits from them also for a variety of reasons.

Cool fact: Humbug fish are very aggressive when protecting their eggs, which take 3-5 days to hatch

This is the fish with the split personality. They are what is commonly referred to as a humbug fish, or a Humbug Damselfish. This species is readily bred in captivity and while they can be territorial are great for those considering entering into marine fish keeping as they are hardy, not particularly sensitive to changes in water chemistry, and inexpensive.

In the wild, the humbug fish, or Dascyllus melanurus, is native to the western pacific ocean. They can inhabit reefs at depths of around 33 feet. Although small, these fish are very aggressive and territorial. They travel in schools and their broad diet consists of copepods, algae, crustacean larvae, amphipods, tunicates, and fish eggs.

Cool fact: Build relationships with fish to clean them (feed on the algae and bacteria)

Jacques is the cleaning shrimp in the aquarium. He hilariously cleans the “outside germs” off Nemo by rotating him underneath his own body. In real life, these types of shrimp are commonly known literally by the moniker cleaning shrimp. In marine fish keeping, you often set up a new tank with a collection of animals called “CUC” or “clean up crew” these are animals that feed on potentially harmful algae or waste from other fish. Their habits make them ideal first tank mates. Cleaning Shrimp are vital members of the CUC.

The cleaner shrimp is one of many species of decapod crustaceans. There are three separate families that branch down, including Hippolytidae, Stenopodidae, and Palaemonidae. The Pacific cleaner shrimp, spotted shrimp, and the banded coral shrimp are examples of the wide variety within the families. In the wild, the shrimp is known to rid other fish of their parasites.

Cool fact: Just like the cleaner shrimp, the Royal Gramma cleans other fish by eating parasites on other fish

Gurgle is the fish that is obsessed with keeping everything clean. There are a couple of fish that look very similar, the False Gramma and the Royal Gramma which is probably what Gurgle is based upon. They are known in the reef-keeping community as being a really great fish for a community set-up as they rarely display aggressive tendencies and are very friendly fish. Although they are not commonly known for the behaviors attributed to them in the movie.

Cool fact: The Pink Sea Star does not have any blood, or even a brain

There are lots of species of starfish, or sea stars and many look similar. However, Peach is most probably based on a pink Sea Star. They are not commonly found in the waters around Australia, so the dentist in the film probably had his imported. Unlike the animated version, sea stars do not have eyes on top of their body, although they do have mouths on the underside of their body which they use when they are grazing rocks to remove algae which they then eat. Interestingly if they lose a leg they can grow back a new one.

Do the characters in Finding Nemo act like they do in real life?

That largely depends on the character! Anyone who has spent some time in a seaside resort will instantly recognize the greedy behavior of the seagulls yelping, “mine”. In that respect, they have their behaviors spot-on.

This was a barracuda. Barracudas very rarely eat clownfish, though, and tend to go for larger-sized fish. A possibility one killed Nemo’s mom was for the visual look of a barracuda looking dangerous.

How are clownfish immune to anemones?

Clownfish have a layer of mucus on their skin that protects them against the sting of the anemone. This makes the anemone the perfect home for clownfish, away from predators.

How long can sea turtles live?

A typical life span of a sea turtle is around 20-30 years. However, a sea turtle can also live up to 50 years in rare cases. 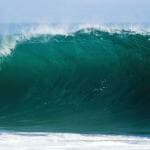 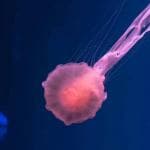