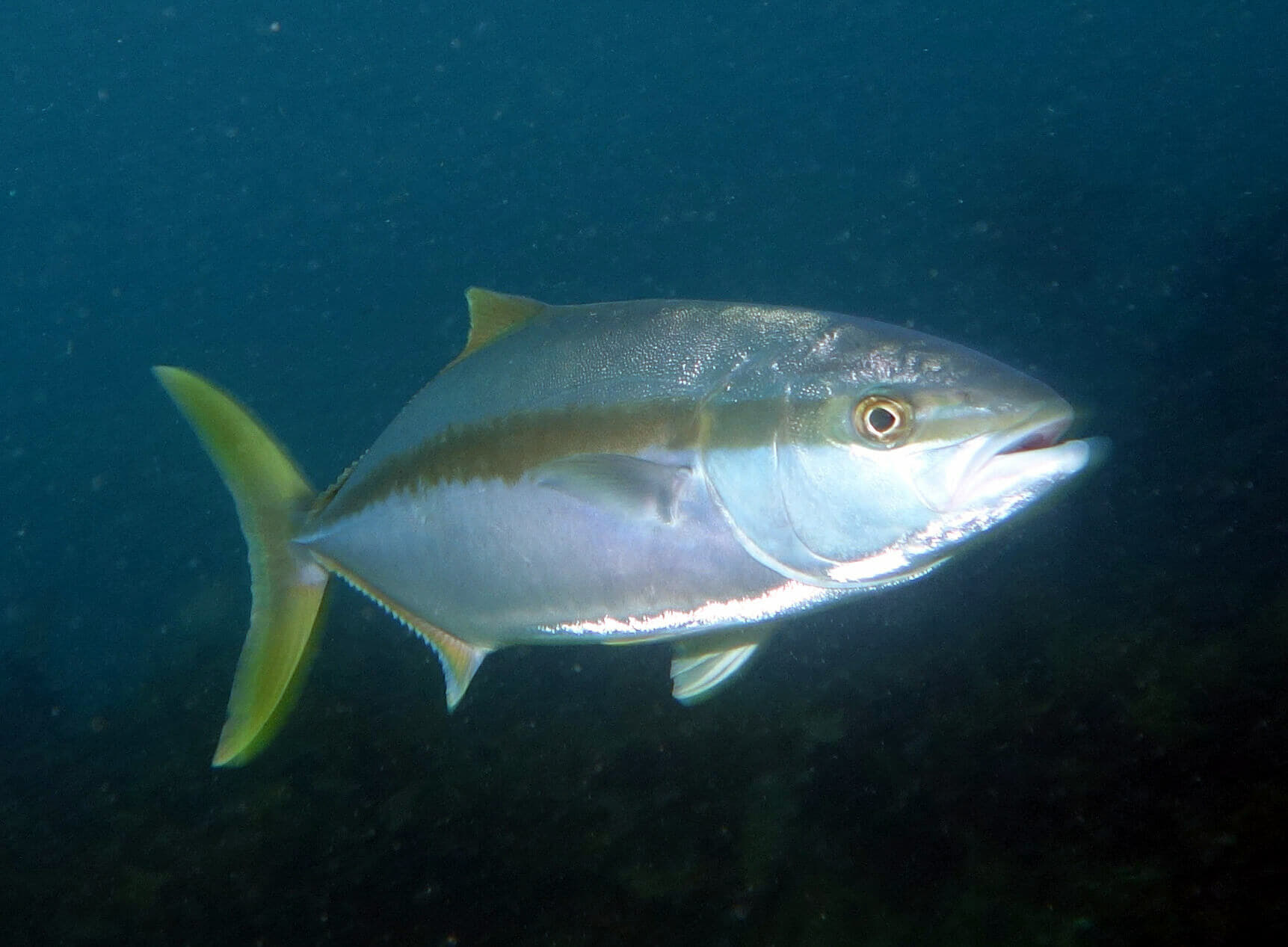 Seriola lalandi, or commonly known as the Yellowtail Amberjack, may essentially be found in Pacific Ocean seas that are tropical or warm-temperate, especially in the southernmost oceans. Throughout its distribution, the yellowtail is a significant commercial and recreational fish.

Additionally, it is a rare possibility for aquaculture operations and a source of some taxonomic debate. It is a fascinating fish that enables the investigation of a number of remarkable ecological findings. Due to overfishing, many countries have resorted to sustainable Yellowtail Amberjack growth farms.

The Yellowtail Amberjack is a predator that, when given a chance, may assault victims utilizing its agility. They prefer many types of tiny fish, including sardines, herring, and anchovies. Additionally, they will go for squid, especially at night when they and other species come up from the depths to live in the brightness of the moon on the surface waters.

Compared to its silverish lower flanks and ventral side, the Yellowtail is darker on the dorsal side. Through a process called countershading, the Yellowtails Amberjacks’ blue and silvery pigmentation serves as a form of camouflage. When viewed through the eyes of its victim, the Yellowtail Amberjack resembles a hazy fog. This gives it an advantage for successful ambushes.

A globally distributed species, the yellowtail amberjack may be found in subtropical and temperate seas in the Indo-Pacific, South Africa, and the Eastern Atlantic. Yellowtail Amberjack is mostly schooling, pelagic fish.

While older Yellowtail Amberjack occasionally schools a bit less densely and in fewer numbers than younger fish, the latter spend much of their time in enormous schools. The majority of their time is spent very close to the shore and rocky reefs. They are often found in shallow waters, up to a depth of 150 ft. Adult Yellowtail Amberjack can also be found close to islands and offshore seamounts.

In contrast to the average lifespan of 5 to 6 years, young Yellowtail Amberjacks reach sexual maturity at around 2-3 years of age. However, in captivity, a maximum lifetime of around 12 years has been recorded.

In order for external fertilization to take place, male and female Yellowtail Amberjack release their sperm and eggs into the surrounding water in a broadcast spawning behavior. Females can release anywhere between 100-150 eggs at once during the summertime spawning season, with around 100 of those eggs expected to be fertilized. While older adults are able to mate many times over a season, younger females will only produce once.

Numerous predatory fish species include Yellowtail Amberjack in their diets. In addition to toothed whales like the orca, marine animals like sea lions and seals will consume nearly any fish they come across. They will also certainly hunt Yellowtail Amberjack and many other species that are related.

In combination with larger fish like bluefin tuna and other billfish like marlin, the great white shark and other larger species of shark will also seek the Yellowtail Amberjack. Since the species is a popular target of both commercial and recreational fishermen throughout its habitat, humans also enjoy catching it. The Yellowtail Amberjack’s countershading ability serves a dual purpose of ambushing prey and being hidden from bigger predators.

Facts about the Yellowtail Amberjack

Are Yellowtail Amberjack dangerous to humans?

They are not harmful to people, no. Trypanorhynch plerocerci, a worm that is present in the Yellowtail Amberjack, is not dangerous. However, eating the Yellowtail that contains the aforementioned worm may result in some unpleasant side effects.

What is another name for Yellowtail Amberjack?

The term Amberjack refers to a group of fish species that are members of the Seriola genus and family Carangidae. Other names for the Yellowtail Amberjack include Amberjack, Yellowtail Jack, Coronado, White Salmon, Forktail, and Hiramasa.

How fast can a Yellowtail Amberjack swim?

The Amberjack can swim at 31 mph. They move so quickly, making it difficult to catch them. If you wish to capture them, make careful to keep them away from the reefs because if you do, a large, sharp rock might cut your fishing line. Fun fact, the Sailfish is the world’s fastest fish, swimming four times faster than the Yellowtail Amberjack.

What is the habitat of the Amberjack fish? 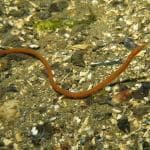 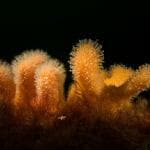