The Sea Goat is an ancient mythical creature with the upper half of a goat and the lower half of a fish. It became the image of Capricorn.

The Sea Goat is a creature from myth and legend. It is described as having the head of a goat, but the tail of a fish. The horned goat has appeared in the mythology of many cultures through the years, most notably in Ancient Greek, Latin, Egyptian, and other Eastern myths.

Unlike some other seafaring creatures from myth and legend, the Sea Goat lives more as a metaphorical entity, rather than being involved in many historical encounters. It is clear from the start that this being does not exist, but represents an idea.

In Greek mythology, the Sea Goat appears in many forms. There are varying interpretations of the myth within Ancient Greek lore, and the majority of these relate to the constellation Capricornus. Capricornus was seen as a Sea Goat.

One of these tales is that Amalthea, the foster mother goat of Zeus, was sent to live in the sky among the stars as a reward for raising him from a child.

Pricus was one of the most significant Sea Goat’s in Greek mythology. It is said that Pricus was the head of a race of sea-goats, and was considered their father. Chronos was the creator of Pricus and the group of half goat half fish creatures. He gave them human-like abilities to communicate and conjure thoughts. However, their nature was to be on land and after many failed attempts to prevent his race from existing on land, Pricus was the only sea-goat left in the water. This situation made him plead with his creator, Chronos, to end his life. However, Chronos let him live in the stars.

The Greek god Pan was also considered to be a Sea Goat. Pan was known as the god of the wilderness. In a classic tale of the battle between Zeus and Typhon, Zeus attempts to escape into the river. To do this he tries to turn into a fish, but not succeeding he became half fish. After being forced into confrontation, Zeus is victorious but loses his leg muscles. Pan helps him, alongside Hermes, to restore his full body, and is consequently sent to live in the stars as a reward for his help.

The notion of the Sea Goat appears again in the form of Aegipan, a mythological being that was similar in stature to Pan. Aegipan was said to be the son of Zeus. He had the typical features of the Sea Goat, a bottom half of a fish, along with the top half of a goat.

In Ancient Mesopatamia, Capricornus was referred to as Suhurmas, which translates as ‘goat-fish’. The Ancient Sumarian god Enki is often intertwined with Capricornus as Enki symbolised flowing water, the goat, and a bird.

The Sea Goat appears in Judaic history through storytelling. In a traditional Jewish tale, the Leviathan demands that all sea creatures must be offered to it. Creatures had to travel far and wide to do this, with the Sea Goat being one of these.

The image of the constellation of Capricorn is of a Sea Goat. The Capricorn sign of the zodiac follows in the same image, portraying that of a goat and fish combined.

Many of the origin stories of how the constellation of Capricorn formed is largely tied to Gods being sent to the sky by Zeus. We see this with Pan, Pricus and Amalthea.

The star systems Beta Capricorni and Delta Capricorni, situated 329 and 38 light-years from the Earth respectively, reside within the constellation of Capricorn. These systems include many bright stars such as Dabih.

What is a Sea Goat called?

The Sea Goat is traditionally called Capricornus. This is the latin term and refers to the constellation and zodiac sign.

Why is a Sea Goat a Capricorn?

The Sea Goat as a Capricorn stems from the Ancient Greeks. The tale was that Zeus was assisted in defeating Typhon by the god Pan. Due to this, Zeus rewarded Pan by letting him live in the stars.

Is Capricorn a mermaid?

No, Capricorn is traditionally a Sea Goat and not a mermaid. This creature is half goat and half fish and is linked to the Capricornus star system.

Which Greek god is Capricorn?

The most widely accepted Greek god to be classified as representing Capricorn is Pan, the god of the wilderness.

Why does Capricorn have a fishtail?

Capricorn’s fishtail is explained through ancient Greek tales. One of these is the story of Zeus turning his legs into a fishtail to swim away from a battle with the monster Typhon. His legs were later replaced with the help of Pan and Hermes. 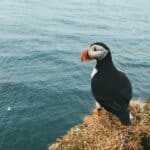 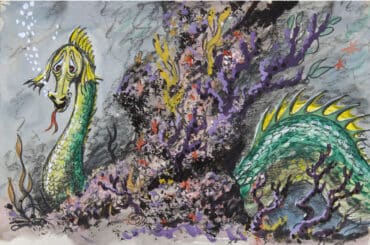 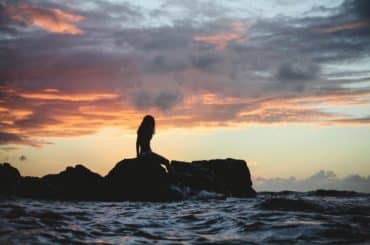