The Great Pacific Garbage Patch (GPGP) is the largest accumulation of plastic in the ocean anywhere in the world. It is also known as the Pacific trash vortex. It is a gyre, or collection of circulating currents, of debris that originated from the Pacific Rim. The continents of Asia, North America, and South America are responsible although the broader responsibility for ocean cleanliness is a problem the whole world needs to contend with.

Where is the Great Pacific Garbage Patch?

How Big is the Great Pacific Garbage Patch?

The Great Pacific Garbage Patch is smaller than public imagination has made it out to be. It is also considerably less dense. The “patch” is around 1.6 million square miles wide with the deepest layers reaching down to 100 kilograms per square kilometer in the center.

In clearer terms, the patch is twice the size of the state of Texas and weighs approximately the same as 500 jumbo jets.

Scientists have estimated that around 87,000 tons of plastic, or 1.8 trillion pieces, are in the patch. Some of these are microplastics while others are larger pieces. Some of the items in the patch are as old as fifty years. As one would expect, there are many water bottles, cell phones, plastic bags, and various microplastics. Other items include baby bottles and pens.

How did the Great Pacific Garbage Patch Form?

The majority of the plastic is from land-based sources, some purposefully discarded and some accidentally. Some of the waste was accumulated after a tsunami hit Japan’s coast in 2011.

The Great Pacific Garbage Patch first came to the public’s attention after a 1988 reach mission in the North Pacific Ocean. Researchers at that time found high amounts of debris in the region. They connected this debris to the pattern of currents in the area and estimated that other locations, such as areas of the ocean closer to Japan, would experience something similar.

One of the most famous sightings of the “patch” comes from Charles Moore, a participant in the Transpacific Yacht Race who reported seeing a stretch of debris in the ocean in 1997.

Since, various expeditions, such as the JUNK Raft Project and the Ocean Voyages institute have studied the area and experimented with different cleanup methods.

Can we Clean the Great Pacific Garbage Patch?

Over the last year or so, various cleanup efforts have been initiated in the Great Pacific Garbage Patch. The Ocean Cleanup Project is working, using a cleanup system consisting of a 10-foot screen used to catch plastic without harming marine life. While the project was started in 2013, various setbacks have meant that they were only able to start making progress in late-2019. So far, they have described the results as “promising”. The group is working to scale up its designs.

One of the most important concerns when working to rid the ocean of the plastic in the Great Pacific Garbage Patch is to do it in a way that does not harm marine life.

What are the Effects of Ocean Pollution?

The effects of ocean pollution aren’t contained in the marine environment. the United Nations Ocean Conference estimated that the ocean might have more plastic than fish by 2050, a prediction. Animals can easily become trapped in plastic nets and rings, leading to their deaths. Creatures ranging from sea turtles, dolphins to whales are at risk. The plastic also helps to facilitate the spread of invasive species. creatures of all sizes get attached to the floating plastic and move from one region to the next, into ecosystems they have no history in. This ends up affecting the broader food chain in the ocean and eventually, those who depend on it for sustenance, this is a process known as bioaccumulation.

The Ocean Cleanup Project estimates that plastic pollution costs 13 billion dollars a year. This is related to tourism, fishing, and cleanup projects and does not take into account the effect on human health. 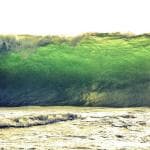 Tsunamis and Mega-Tsunamis: What Are They and How Do They Form? 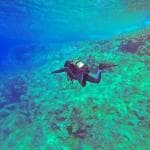