One of the most talked about ocean areas of all time – the Bermuda Triangle – is to this day wrapped in mystery. Many unexplained ship and plane disappearances in this area gave birth to an infamous legend that has fascinated people for decades. It has become a hot topic for adventurers, writers, filmmakers, and scientists. But how did one place gain such a reputation? What is so mysterious about the Bermuda Triangle?

What is the Bermuda Triangle?

The Bermuda Triangle, also known as the Devil’s Triangle or the Hoodoo Sea, is a large sea area in the western part of the North Atlantic Ocean near the island of Bermuda. This place is famous for being allegedly responsible for many mysterious plane crashes and ship disappearances.

While scientists look for explanations for these accidents in nature and bad weather, others believe unnatural forces may be at play.

Location of the Bermuda Triangle

The Bermuda Triangle is not recognized by any official map. So while its exact borders are debated upon, people generally agree that the triangle’s three points are Miami, Puerto Rico, and Bermuda.

Depending on the exact borders, this area covers anywhere from about 500.000 to 1. 5 million square miles or 1.3 to 3.9 million square kilometers of the Atlantic Ocean (NHHC).

Understanding its geographical location helps us better understand the legend of the Bermuda Triangle. An important thing to remember is that it is a heavily traveled air and sea route.

These busy waters also happen to be some of the deepest waters in the Atlantic, as they are home to the Puerto Rico trench – the deepest part of the Atlantic Ocean (5.3 miles or 8.6 km deep). At the same time, the part of the Devil’s triangle that belongs to the Caribbean sea consists of many islands that create treacherous shallow waters notorious for being difficult to navigate.

Weather in the Bermuda Triangle

According to NOAA, this place is no stranger to sudden and violent changes in weather influenced by the Gulf Stream.

The weather also doesn’t do this area any favors. The Bermuda triangle sits in a location through which passes the Gulf Stream Current and nearly every Atlantic tropical storm. These storms and hurricanes can produce waterspouts (tornados that form over water).

Famous Disappearances in the Bermuda Triangle

One of the oldest well-known accidents in the Bermuda Triangle was the wreckage of Sea Venture, which is said to have inspired Shakespeare to write his play “The Tempest.” The Sea Venture sunk in a heavy storm in 1609, but luckily all her passengers made it safely to the shores of Bermuda. Unfortunately, it didn’t go this well for all ships and aircraft that got into peril in the Hoodoo Sea. There are two unsolved disappearances that have been commanding people’s attention for years.

Five U.S. Navy Avenger torpedo bombers, collectively known as Flight 19, disappeared during their training mission on December 5, 1945. The planes were scheduled to fly from the Fort Lauderdale Naval Air Station in Florida to a Place called Hens and Chickens Shoals, then continue north to fly over Grand Bahama Island, and finally, head southwest to return to their base.

The mission seemed to be going smoothly until the leader of this mission—Lieutenant Charles C. Taylor—reported that his compass and the backup compass had failed. Rain and heavy clouds only made the situation worse. The planes became disoriented, and no radio station was able to find them. Taylor was convinced that they had somehow drifted miles off course and were now in the Florida Keys instead of Grand Bahama. So he gave the order to fly northeast, not southwest as planned, nor west as was standard for pilots that got lost in this part of the Atlantic. As hours went by, the planes began to run out of fuel.

In their last heard radio communication, Taylor prepared the other pilots to ditch together whenever the first plane drops below ten gallons (History.com).

But this is only the beginning of this eerie story. Only hours after the disappearance of Flight 19, tragedy struck one of the rescue Mariner aircraft sent to search the area. The Mariner and its crew members vanished from the radar less than 30 minutes into their mission. However, a passing tanker S.S. Gaines Mills reported an explosion in the exact place, and at the exact time, the Mariner disappeared. The theory about the rescue Mariner exploding is supported by the fact that these types of aircraft were notorious for leaking fumes and catching fire. Despite an extensive search, no remnants of Flight 19 or the rescue Mariner were found.

This fateful day added a hunting aura of mystery to this area and sparked many sensational theories.

One day in March 1918, decades before the infamous Flight 19 took off from Florida, the biggest ship in the U.S. Navy made an unplanned stop at Barbados. Later, the ship continued to Baltimore as she was scheduled to reach it on March 13. But sometime between the 4th and 13th of March, USS Cyclops and 309 people aboard vanished off the face of the earth. Perhaps the most mystifying thing about this disappearance is that the ship never sent any distress signal. While we can get a good idea of what happened with Flight 19 thanks to their radio communication, the last message from USS Cyclops was simple: “Weather Fair, All Well” (History.com). When she didn’t arrive in Baltimore as planned, a search party went out, but they didn’t manage to find any trace of the crew or the wreck.

No one knows what happened to the Cyclops, but there are a few interesting theories. Some point out that the ship was heavily overweight, which might have caused it to break and sink before sending an SOS. Another plausible theory is that a rolling wave tipped over the ship. It is also speculated German submarines sunk the ship or that the captain might have worked with Germans and sunk the ship himself. Even a giant octopus hasn’t been ruled out. We might never find the answers unless we find the wreck. Luckily, this possibility seems to be more and more likely with today’s technology.

The Most Plausible Bermuda Triangle Theories

The legends and stories blame the Bermuda Triangle on anything from portals and time warps to the lost Atlantis, alien abductions, and sea monsters. Some stories try to connect it to the Devil’s Sea—an area also famous for many unexplained disappearances.

While it is unlikely that unnatural forces are to blame for the happenings in the Bermuda Triangle, scientists haven’t yet been able to provide a definite explanation. But a few theories stand out.

Rogue waves are giant waves that are practically impossible to predict and can be very dangerous, as they are able to sink ocean vessels and oil rigs. So on paper, they make the perfect culprit behind the incidents in the Hoodoo Sea. But while the stormy weather in the North Atlantic is ideal for the creation of rogue waves, there is no evidence that this phenomenon is responsible for accidents in the Bermuda Triangle. Moreover, rogue waves don’t explain aircraft disappearances.

Some scientists suggest that a sudden release of gas from methane deposits on the ocean floor can create massive bubbles that could easily sink boats. The gas could even make the atmosphere more turbulent and potentially cause plane crashes. However, this is only a speculation as there haven’t been reported any significant methane releases that could be linked to Bermuda Triangle disappearances (Livescience.com).

Another hypothesis implies that the Bermuda Triangle might be a magnetic anomaly, where a magnetic compass points toward true north rather than magnetic north, which could pose some navigational challenges.

However, the most plausible explanation is that a combination of bad weather, environmental factors, and human error is responsible for the disappearances in the Hoodoo Sea.

The heavy storms and deep waters also make it extremely difficult to find any wrecks—mystery solved. Still, some people argue it cannot be solved because there wasn’t any mystery in the first place. So before making any conclusions, let’s look at how this mystery came to be.

The Origins of the Myth

The term Bermuda Triangle was initially used in 1964 by Vincent Gaddis in his article for Argosy magazine about the infamous disappearance of Flight 19.

However, it wasn’t until the 1970s that the story of the mystery of the Bermuda Triangle truly reached the masses, and again, a writer was responsible. His name was Charles Berlitz. In his book—The Bermuda Triangle—Berlitz described mysterious disappearances that supposedly happened in the area. One of the most famous ideas he proposed is that the lost city of Atlantis may be connected to these accidents. The book became a bestseller, and so the legend of the Bermuda Triangle was born.

Only a few years later, reference librarian Larry Kusche decided to fact-check Berlitz’s claims about the disasters that happened in the Bermuda triangle. He went over accident and weather reports, looked at news articles, and even contacted the Coast Guard, the Air Force, Lloyd’s of London, and other agencies. This extensive research resulted in a book called “The Bermuda Triangle Mystery – Solved,” in which Kusche dissected the alleged disappearances and came to interesting revelations.

Apparently, some of the allegedly missing vessels sank hundreds of miles away from the Bermuda Triangle, while others never even existed. Kusche also pointed out that Berlitz, and other writers who followed his suit, omitted key pieces of information (such as bad weather or technical difficulties) in their stories. He concluded that the mystery of the Bermuda Triangle was just a fabrication. However, this book wasn’t enough to stop people from theorizing, and the stories and legends continued to spread.

Is the Bermuda Triangle Real?

The story of the Bermuda Triangle is fascinating, but that’s what it is—a story.

While no one can deny that some vessels and aircraft did get lost there, it doesn’t seem that surprising considering the weather and the sea depth in this area. Perhaps the most telling sign that the waters of the Bermuda triangle are not as dangerous as it has been presented is that neither Lloyd’s of London—a leading maritime insurance market—nor the U.S. Coast Guard consider this area especially hazardous.

Statistically, there haven’t been more accidents in the Bermuda Triangle than in other busy ocean areas of the same size. In fact, the Bermuda triangle didn’t even make it to the top 10 most dangerous ocean regions in AGCS’ 2021 Safety and Shipping Review (for vessels over 100GT between 2011 and 2020). Yet it seems that, like other ocean mysteries, the myth of the Bermuda Triangle is here to stay.

Do airplanes and ships really avoid the Bermuda Triangle?

How many ships and planes disappeared in the Bermuda Triangle?

In the last century, at least 50 ships and 20 aircraft went missing or sunk in the Bermuda Triangle.

What causes the accidents in the Bermuda Triangle?

It is likely a combination of reasons. One of the main culprits is the weather, as many tropical storms and hurricanes pass through the area. Another common reason for accidents in the Bermuda Triangle, like anywhere at sea, is human error.

Why are wrecks so hard to find in the Bermuda Triangle?

Bermuda triangle encounters heavy storms and strong currents, which can move the wreck far from the place of the accident. Moreover, the deepest part of the Atlantic Ocean—the Puerto Rico trench— is located in the area. This makes looking for any wrecks extremely difficult, time-consuming, very technical, and expensive. 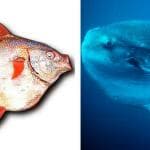 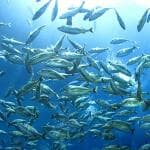