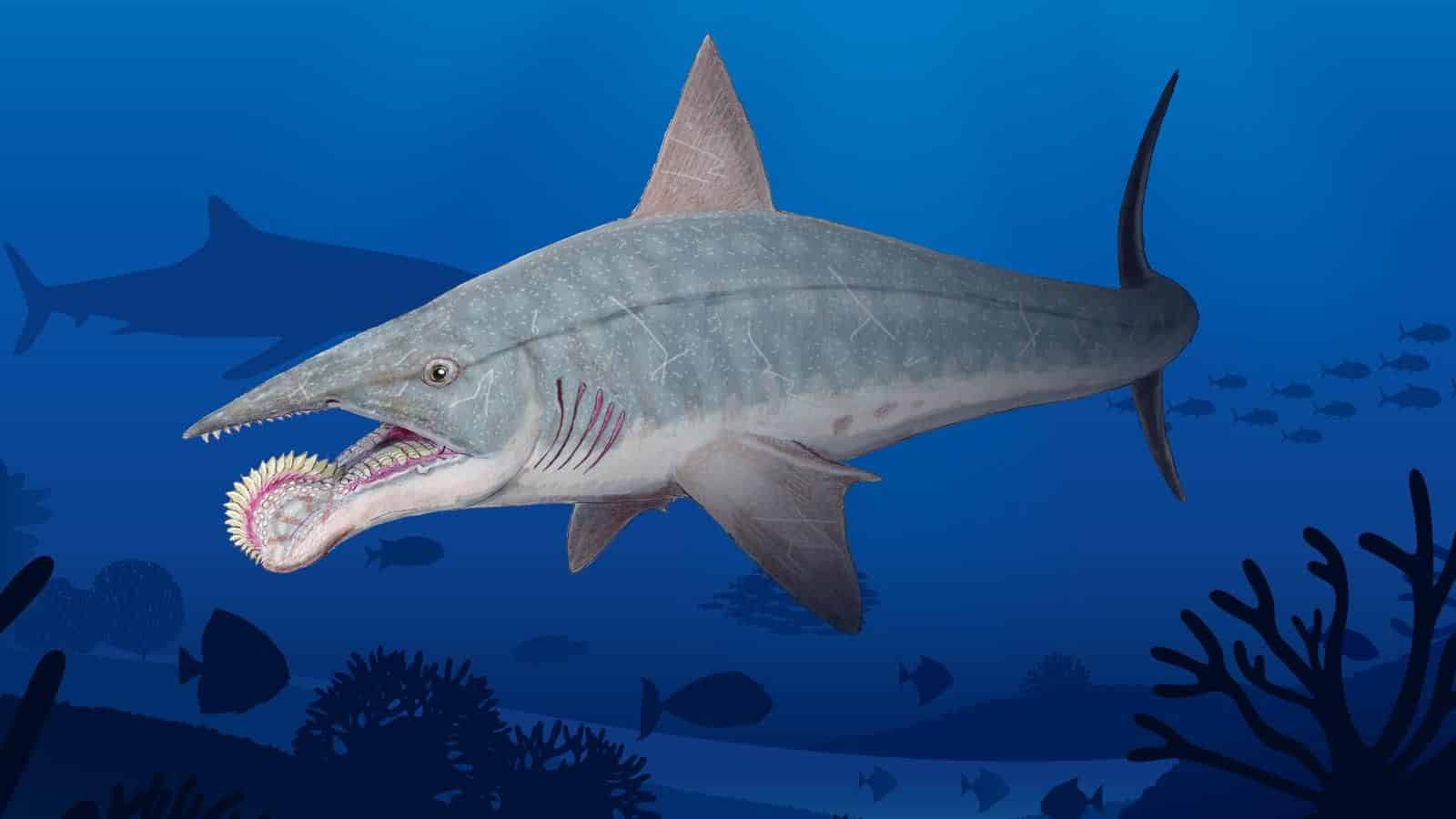 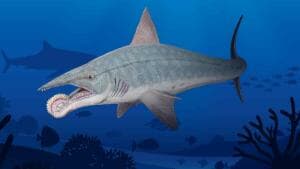 This unbelievable era has undoubtedly played host to some of the most amazing and largest prehistoric sea creatures to ever live on our planet.

The sea has undoubtedly played host to some of the most amazing creatures to ever live on our planet. On this list, you’ll find ten of the most interesting and largest prehistoric sea animals, from the megalodon to the spinosaurus and the helicoprion.

The first prehistoric sea creature on the list is the tylosaurus was a mosasaur and an enormous marine reptile. It has a long cylindrical snout with around 25 teeth in its upper jaw and 26 teeth in its lower. It was the dominant predator in its habitat during the Late Cretaceous period and was one of the largest mosasaurs, possibly stretching to 40 feet (12.2 meters). The most famous discovery of a tylosaur was in 2014 with the award for the Largest Publicly Displayed Mosasaur, named Bruce (pictured above).

The megalodon is perhaps the best-known prehistoric sea creature on this list due to its popularization in films and novels. It was a giant shark that lived 23-3.6 million years ago during the Early Miocene and Pliocene. It’s a close relative of the great white shark and is thought of as one of the most powerful and deadly predators ever to live in our oceans. Its remains are fragmentary, meaning that completing an entire fossil is quite tricky. But, there is an enormous number of teeth scattered worldwide due to the shark’s customary tooth shedding. Scientists estimate that they could reach lengths of up to fifty-two feet (16 meters).

Plesiosaur refers to an order of extinct marine reptiles of the Mesozoic Era. They lived around 203 million years ago and thrived during the Jurassic Period. The plesiosaur disappeared due to the extinction event at the end of the Cretaceous Period, 66 million years ago. Since the first discovery of plesiosaur bones, over 100 species have been uncovered. This prehistoric sea creature had a broad, fairly flat body and a short tail. The four limbs had flippers allowing them to move smoothly through the water. They breathed air and were likely warm-blooded.

Mosasaurus is a genus of mosasaur, an extinct reptile. They lived around 82-66 milliners ago in the Late Cretaceous. Specifically in the Campanian and Maastrichtian stages. Fossilized remains of the mosasaurs were first discovered in Maastricht in the 1700s. Traditionally, these prehistoric sea creatures were estimated to be around fifty-eight feet (17.6 meters). It inhabited the Atlantic Ocean and adjacent seaways with fossils being discovered around the world in North America, South America, Africa, Western Asia, and Antarctica. The mosasaurs was very likely at the top of the food chain, feeding on anything and everything he wanted. This included sharks, birds, other reptiles, and even other mosasaurs.

The leedsichthys is a member of the Pachycormidae family that is now extinct. It lived in the oceans in the Middle Jurassic period. Today, it is considered to be the largest ray-finned fish to ever swim on earth. The fish is named after Alfred Nicholson Leeds who made important finds of the remains in 1889. There have been extremely varied accounts of its size, rating from thirty feet (nine meters) to 100 feet (30 meters). Recently, scientists have settled around fifty feet (sixteen meters) at the largest. The fossilized bones reveal that the leedsicthys had long pectoral fins and a tall tail fin. Their gils filtered plankton as the primary food source.

This is the only creature on our list of amazing prehistoric sea creatures that are still around today. The frilled shark lives in the deepest levels of the ocean and has done for around 80 million years. They take their name from the frilled shape of their six gills and although they’re related to what we consider more traditional sharks, they look more like a snake or eel than a great white shark. Frilled shakes have on average 300 teeth in a hinged jaw. The shakes can be found in the Atlantic and Pacific Oceans.

The kronosaurus is a genus of the short-necked pliosaur. It was the largest of the genus and named after the leader of the titans in Greek mythology, Kronos. The kronosaurus lived in the Early Cretaceous Period and its bones have been recovered in Australia and Colombia. The Australian find occurred in 1899 and the Colombian almost 100 years later in 1977. The latter was found by a peasant in Moniquirá who was digging in his field. The kronosaurus was a reptile and had a long head, short neck, and four flippers. Its tail was short and it has sharp, conical teeth.

In contrast, the large predators on this list, the ammonite is a small extinct mollusk of the class Cephalopoda. They are related to living coleoids. The first appeared in the Devonian period and the last in the Cretaceous extinction event 66 million years ago. Ammonite fossils are fairly common and have a distinctive spiral. Unfortunately, little is known about how the ammonite lived. Their soft body parts are almost never preserved in fossils, but it’s likely they were good swimmers and lived in open water.

The Basilosauruswas originally thought to be a reptile but has since been recategorized as a marine mammal. It has huge rows of teeth and chewed its food, unlike most marine creatures who swallow whole. Its name means “king lizard” and it lived in the late Eocene, around 41.3 to 33.9 million years ago. It was the first prehistoric whale known to science with the first fossils discovered on the Gulf Coast. The whale measured 49-66 feet (15-20 meters) in length. The basilosaurus is believed to have been common in the Tethys sea and at the top of the food chain in its habitat. It likely fed on sharks, large fish, and other marine mammals.

The helicoprion is an extinct shark-like fish known for its “tooth whorls”. Unfortunately, very little survives to give scientists a clear picture of what this prehistoric sea creature looked like. It lived 290 million years ago around North America, Eastern Europe, Asia, and Australia. The “tooth whorl” was discovered in Idaho and measured 18 inches (45 cm) in length. The entire fish was, perhaps, around 33 feet (10 meters) in length. Other finds suggest that it could’ve been as long as 39 feet (12 meters) in length. The “tooth whorl” has been compared to a circular saw and contains all the teeth of the lower jaw. 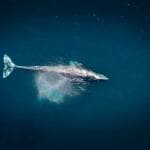 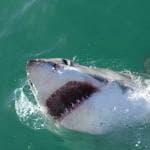