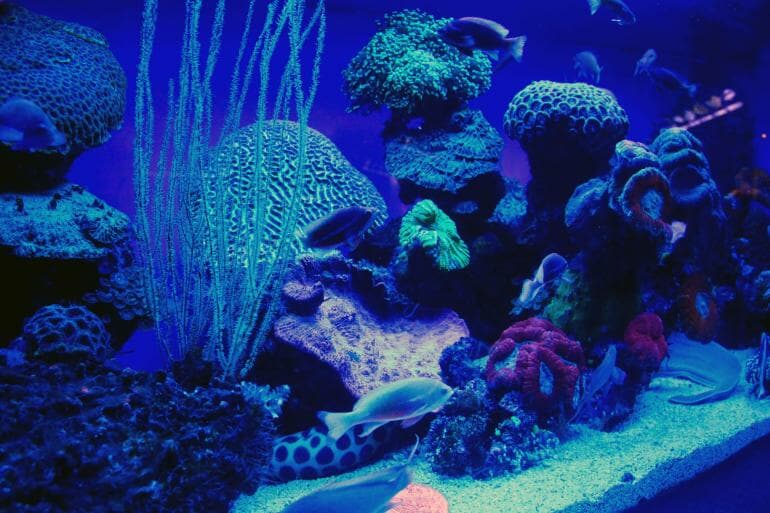 Oceans all over the world are home to some of the most bizarre creatures, some of which defy explanation. Indeed, a large portion remains unexplored; however, scientists occasionally give us a glimpse of the amazing creatures roaming in the deep.

In our list below, you will discover some amazing examples of weird ocean animals you never knew existed.

The blobfish is a pretty incredible and miserable-looking ocean animal. When in their natural habitat, they have an appearance akin to a sack of skin or glob of melting fat. This is mainly because of the crushing effect of the water pressure. In fact, they have been voted the World’s Ugliest Animal.

These weird-looking creatures live in very deep waters—as deep as 3,000–9,200 feet—in both the Bering Sea and the North Pacific coast. The blobfish is naturally reclusive and hard to spot.

They have small eyes, a small body, and a large mouth. They are primarily composed of gelatinous flesh with no muscle. They feed on small invertebrates as they float across the bottom of the ocean floor and can grow up to 2 feet long.

Habitat: Bottom of the Atlantic and Antarctic Oceans.
Weird Characteristics: A rod-like bioluminescent growth on its snout emitting light

Another ocean animal on our list of weird ocean creatures is the anglerfish. They are mostly found living at the bottom of the Atlantic and Antarctic Oceans. They are known for their unusual hunting techniques, hence the name “angler fish.”

They are generally dark brown to dark grey in color, with a crescent-shaped mouth, translucent teeth, and huge heads. Their mouths are so large that they are able to swallow prey twice their own size.

They are distinctively characterized by rod-like bioluminescent growths on their snout. This feature is seen in their females. This adaptation serves as a lure to attract unsuspecting prey by emitting a glowing blob of light.

Habitat: Extreme depths of the tropical and temperate ocean
Weird Characteristics: A big oddly shaped mouth, and a bioluminescent photophore at the end of its tail

The Gulper eel, also known as the pelican eel, is yet another ocean animal that lives at depths of 1,500 to 9,900 ft and can grow up to a length of 2.5 ft. Gulper eels are characterized by their big, oddly shaped mouth (bigger than the remaining part of their body). This mouth can unhinge and allow them to scoop up very large prey.

As much as their big mouth allows them to swallow up large prey, they mostly only feed on small crustaceans and other small marine creatures. Another notable characteristic of this creature is its bioluminescent photophore. This is seen at the end of its tail. This adaptation emits a red/pink light, which they use to attract their prey.

The Gulper eels are unlike any other fish ever seen: they have no scales, bladder, or pelvic fins. While most fishes have W-shaped muscle segments, theirs is V-shaped.

The Pink See-Through Fantasia is an ocean animal and is found in extreme depths of water, up to 8,500 feet. This weird ocean animal is a relative of the Sea Cucumber and was discovered in 2007. However, very little is known about these aquatic animals.

According to its name, the Pink See-Through Fantasia is a translucent creature. This means that one can see virtually everything inside it, from the mouth to the anus, the intestines, and so on. This is another ocean animal with a bioluminescent attribute. This attribute is for emitting light to alarm and scares away predators.

The Goblin shark is one of the most frightening ocean animals. Just looking at its anatomy can make one cringe. These marine creatures are very rare, and not much has been understood about them. They are found at a depth of over 4, 000 feet, depending on how mature they have become.

They are characterized by a long snout that seems disconnected from their mouth. They also have long protruding jaws for hunting their prey. They are usually up to about 4-6 meters long upon maturity.

This creature has little to no resemblance to other shark species. They are sluggish in nature and don’t stand a chance of survival on the surface. Their skeletons are very reduced, and their muscles are very weak. This is why you won’t catch them in a fast swim.

Japanese crabs, otherwise known as giant crabs, are marine animals that live in the ocean’s depths. Just like their name suggests, these giant crabs are native to Japan. These creatures can grow up to 12 feet long and weigh as much as 44 pounds. They are also considered delicacies in the country.

They belong to the family of animals known as arthropods, a group of invertebrate animals. Compared to other animals in the anthropoid family, such as lobsters, spiders, and insects, the Japanese spider crab has the largest leg span, which is around 12.5 feet from claw to claw.

These weird ocean animals thrive in the cold temperatures found at the ocean’s depths. They usually make it to shallow waters when it comes to their spawning season. As large as the Japanese spider crabs are, they are not ferocious predators. They will rather stroll slowly, roaming around the seafloor, with the help of their spindly limbs, scavenging for decaying and dead matter.

Christmas Tree Worms live in coral reefs in warm, tropical waters all over the world (from the Caribbean to Indonesia). These weird ocean creatures get their name from the colorful appendages protruding from their top, looking like Christmas trees.

The beautiful appendages on these worms are largely what makes them famous, and they come in a wide range of intricate patterns and stunning colors. Their stunning colors range from orange, blue, white, and yellow. This adaptation is to them what a gill is to a fish – it helps them to breathe.

On their appendages are tiny hair-like bristles. They use it for catching microscopic organic matter which makes up their food. In the midst of threat or danger, they usually retract this appendage.

What is the largest Arthropod on earth?

Japanese spider crabs are the largest arthropods on Earth. They are found at depths of over 1,000 feet in the Pacific waters around Japan. While the average spider crab grows up to about 6 meters long from the tip of one claw to the other, there are some that grow as monstrously large as 12 feet.

Why do most ocean animals look so weird?

Ocean animals are the way they are because of the volatile and challenging conditions of their habitat. To survive in their peculiar habitat, these animals develop weird marine life adaptions to the specific part of the ocean they live in. So, in reality, they’re not weird; they are unique. They’re just how they need to be to survive their environment. In fact, looking otherwise would be really weird.

What is the rarest ocean animal in the world?

Vaquita is the world’s rarest marine mammal. In the last few years, their population has drastically dropped. According to the latest estimate, fewer than 10 vaquitas are left on earth. The gradual extinction of this creature is due to illegal fishing activity and particularly from by-catch from gillnetting. The respective government and bodies are making efforts to put an end to gillnet fishing within the vaquita habitat.

What is the ugliest ocean animal in the world?

The Blobfish was officially declared the ugliest aquatic animal. This specie of fish is found at great depths of the ocean and is rarely seen. A Blobfish usually reaches a length of 12 inches upon maturity. 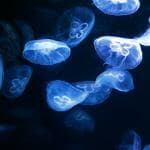 8 Bioluminescence Creatures that Glow the Ocean 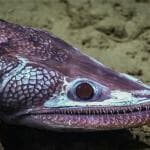 10 of the Most Interesting Deep Sea Fish